Top 4 ways the medical establishment tries to label people as MENTALLY ILL if they don’t vaccinate, medicate or mutilate 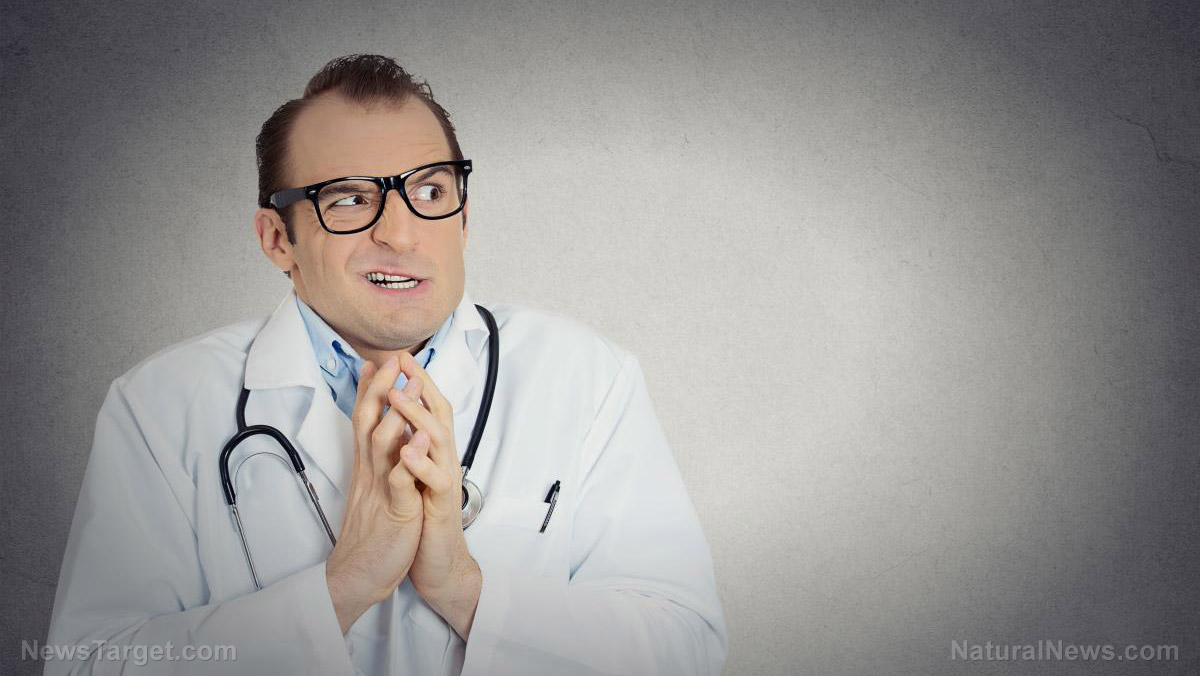 Most natural health advocates do not believe in the allopathic approach, also known as Western Medicine, for addressing immunity against viruses, bacteria, pathogens and parasites. Because of this stance, Big Pharma likes to label us as “conspiracy theorists” and “anti-vaxxers,” among other false labels. Those labels don’t seem like enough torture anymore, so the pill pushers and vaccine zealots are now labeling healthy folks as mentally ill, simply because we don’t comply with vaccine and medication mandates, or this latest push for everyone to mutilate their genitalia in the name of “LGBTTIQQ2SA” gender fluidity, or something like that.

In Canada, Big Pharma Ontario wants to put every Canadian who is fully unvaccinated on psychiatric medications for being “mentally ill” for not desiring to have millions of toxic spike prions clogging their vascular system and cleansing organs. Doctors in Canada are literally being advised to consider medicating all patients who are fully unvaccinated with dangerous psychiatric SSRI drugs right now.

The College of Physicians and Surgeons put out that request in writing, suggesting anyone who denies the clot shots is suffering from mental illness. It sounds like these doctors are all suffering from Vaccine Derangement Syndrome themselves, or they know the truth about the immune-compromising gene-mutating jabs and just want to create more patients-for-life.

So far, it’s just a “suggestion,” like the Covid masks at the beginning of 2020, and then the quarantines, and then the vaccine passports, and then kidney-decimating Remdesivir, and then the choke-you-to-death-in-less-than-4-days ventilators.

It always starts off as a ‘suggestion,’ but then come the virus “experts” advice, then the mandates, then the government tyranny. The growing members of the Covid Vaccine Cult, also known as the Branch Covidians, are now so deranged that they want to label all the sane people crazy and force-medicate us all.

Top 4 ways the Allopathic Industrial Complex tries to label people as mentally ill if they don’t vaccinate, medicate or mutilate

Insane is the new sane, and sane is now insane, according to the medical establishment. Get ready for the top ways Big Pharma now labels people as mentally unstable if they don’t comply with all the deadly vaccinations, drugs, and surgery “recommended” for the ‘denialists.’

#1. If you don’t support child and teen gender mutilation surgery and cancer-causing, gender-bender hormone therapy, you are a violent, bigoted, racist, gay-bashing freak who needs psychological help, according to the Left.

#2. If you have emotions such as angst, worry, frustration, anger, sadness, or even just confusion, you are mentally unstable and need psychotropic SSRI medications immediately and forever, according to the medical establishment and the DSM psychology manual.

#3. If you don’t take every vaccine ‘recommended’ by the CDC, you are conspiring to mass murder the vaccinated and should be taken away to an insane asylum, force-vaccinated, force-medicated, and put in a straight jacket in a solitary confinement cell indefinitely, while being ‘re-educated,’ according to the Vaccine Cult.

#4. If you don’t think about sex all day, being gay, choosing multiple sex partners regularly, and inviting strip club dancers into school classrooms, including day care centers, then you are a straight, white-supremacist (even if you’re not white), who hates all gays and wants to eliminate all gay people’s rights, according to the LBGTQ-whatever movement.

Don’t fall for all the cons, where the freaks accuse the natural health advocates of being freaks. It’s one of the oldest cons in the book. Do bookmark Vaccines.news to your favorite independent websites for updates on experimental gene therapy injections and medications that are making the medical complex crazier every day.