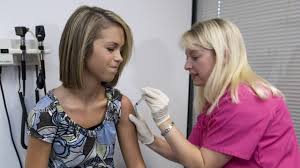 New data from SA Health, South Australia’s state health department, shows that every time a major Wuhan coronavirus (Covid-19) “vaccine” rollout occurred, there was a corresponding spike in the number of 15-to-44-year-olds who complained of heart problems.

Australian Sen. Alex Antic obtained the data via a Freedom of Information Act (FOIA) request. It shows that from 2019 to 2020, there were between 1,000 and 1,300 “cardiac presentations” per month reported to South Australia’s public hospitals, including heart problems, chest pains, and inflammatory conditions like myocarditis and pericarditis.

Keep in mind that this is not just Wuhan coronavirus (Covid-19) “vaccines” that caused this, seeing as how they did not exist yet in 2019. Covid shots cause these things as well, of course, but based on the data, it appears other vaccinations are likewise causing health problems in young people.

The situation got worse once Fauci Flu shots were introduced under Operation Warp Speed. From July 2021 and onward, the monthly tally of youth health problems increased to 1,688 in August, then to 2,172 – the current all-time high – in November.

“During that time, state governments around Australia were pushing heavily for individuals to get jabbed with two COVID-19 vaccine doses,” reports The Epoch Times. (Related: Remember when Taiwan halted the rollout of Pfizer’s second mRNA dose for teenagers due to widespread heart problems?)

“A series of measures were also used to encourage take-up, including allowing vaccinated individuals to stay employed, cross domestic borders, visit retailers, and even go to the theatre.”

In the months following November, reports decreased just slightly before once against spiking between the following February and March when, you guessed it: the covid “booster” shots were released.

Aussies who took those shots reported another slew of health problems, bumping the data from 1,520 reports in February to 1,953 reports in March. Since that time, the monthly average has dropped back down to around 1,300 to 1,400 reports of heart problems.

At the current time, Australia has one of the highest covid jab compliance rates in the world. Some 95.9 percent of Aussies over the age of 16 have taken at least two doses of a covid jab while 72.3 percent have gotten at least one booster.

Interestingly, the most negatively affected age demographic is the 15-44 cohort. Those outside of this, including senior citizens, saw no noticeable increase in heart reports, according to the data.

Hospitalization rates remained roughly stable throughout all this as well, indicating that those with heart complaints were generally not admitted overnight based on a doctor’s assessment.

Similar trends are being seen elsewhere, including in Israel where data from the National Emergency Medical Services division shows a 25 percent increase in emergency calls for young people during jab rollout periods.

“They found that there was an over 25 percent increase in emergency calls about cardiac arrest and acute coronary syndrome – an umbrella term used for coronary problems associated with sudden-onset reduced blood flow to the heart, according to the Mayo Clinic – for young adults, ages 16 to 39 years old, compared to the same time period in both 2019 and 2020,” a study reveals.

In France, the risk of myocarditis in the week after covid jabs were released for 18-to-25-year-olds jumped 4,400 percent. Those who took the Pfizer jab specifically saw a 13 times higher risk of developing the heart condition.

“Despite this well-established fact, the injections were mandated to thousands of Australians, and speaking out about these incursions on freedom got one labelled an anti-vaxxer or a peddler of dangerous misinformation,” Antic said, referring to myocarditis and pericarditis being two heart conditions known to be associated with mRNA injections.

The latest news about the Fauci Flu can be found at Plague.info.