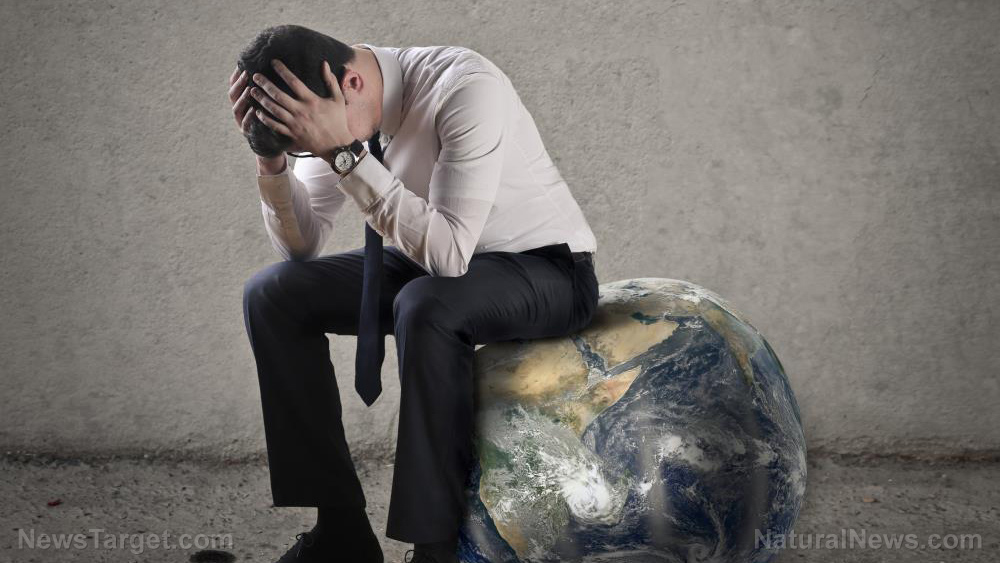 Many Americans try to separate politics from their personal and professional lives the best they can. Parents, for example, might limit their discussion of politics with family to the dinner table, and refrain from advertising political affiliations on their person, vehicle, or in their front yard posted on a sign. The challenge comes when you leave your home, and are forced to interact with others, follow certain rules, and now, obey certain mandates. Now, more than ever, politics are spilling over into EVERYONE’S LIVES, bar none, thanks to what many are calling the “scamdemic.”

Nowadays, you simply can’t avoid “politics,” because the Biden Regime, as they are appropriately called, has literally chosen to remove specific human rights, constitutional rights, medical rights, and parental rights from the life equation, and from the choice that used to exist for keeping politics “separated.” Today, practicing your religion and taking pride in the American flag are treated almost like crimes, thanks to the ‘Demoncrats’ in Washington D.C.

Today, if you ‘obey’ the Biden Regime, you will find yourself (and your children if you have them) injected with millions of toxic spike prions that mimic a virus created in a laboratory. Those prions clog the vascular system, pollute the cleansing organs, and deplete immune system function like nothing ever before.

Over the past two years, if you own, manage, or are employed at a small or medium sized business, you’ve most likely watched that business be systematically dismantled and crippled by pandemic mandates (right from the beginning) that kept it closed for a long period (“essential businesses only”), restricted how many patrons could visit (limited occupancy and social distancing), cut off the supply line (supply chain disruptions and break downs), and bankrupted (or nearly so) by soaring inflation. Most of this was planned and instrumented by the Biden Regime, the CDC, and the FNIC (Fake News Industrial Complex).

Never before has the FNIC been more powerful, influential, one-sided and evil than right now. It’s always been the right arm of Big Pharma and Big Food in America. It’s always been the best liar for the Military Industrial Complex, so that Americans support wars that are solely about stealing other countries’ resources while pretending to install “democracy.” This is politics. And now they’ve come for your babies, children, teenagers, and young adults, to steal their minds, their health, and every single moral fiber. Now kids think it’s ‘normal’ to want to get dangerous sex change operations.

Now there are Drag Queen Story Hour shows for kids starting in daycare, where the liberals and the Biden Regime have all but brought gay strip clubs into the classrooms for kindergarten through high school. There are even litter boxes in school bathrooms for students who ‘identify’ as furries (cats, dogs, or rodents) instead of people with names and a God-given biological gender.

Yes, politics have not just spilled over; they’ve been POURED into the lives and livelihood of every American, and it’s a sad state of affairs (a pun on “police state”). Plus, it gets worse, especially if you so choose to disagree, criticize, or buck the system. Then you are barred, banned, stigmatized, labeled, and possibly persecuted as a hater, bigot, racist, subhuman, or a domestic terrorist of sorts.

As the Biden Regime installs socialism across America, have no doubt that communism follows right behind, CCP-style

No, there are no good sides or positive outcomes from installing socialism or communism. If you don’t believe the Biden Regime is installing these forms of government and economics in America right now, then YOU are the conspiracy theorist. Reverse conspiracy theory means the sheeple are so brainwashed that everything they believe is real, is fake.

Corporations in America right now, and all over the world, are doubling, tripling, and quadrupling in size, while they steal most of the business from small to medium sized businesses, including nearly every mom-and-pop store you used to know.

Your concept of democracy has been shattered by falsified voting ballots, illegal scamdemic mandates, and politicians printing money (and laundering and embezzling most of it) by the trillions.

In case you haven’t noticed, the Biden Regime’s plan to turn everything green (fake climate change theory) is really a plan to wreck the economy, destroy our agriculture, bankrupt everybody, and warp your children’s minds and bodies to the point of no return.

#3. Your children’s morals and values system

#4. Your concept of democracy

Do your own research and don’t use Google. Try the search engine Brave BETA and get more truth news and real information. Bookmark Censored.news to your favorite websites for truth news that’s being censored from the rest of media as you read this.