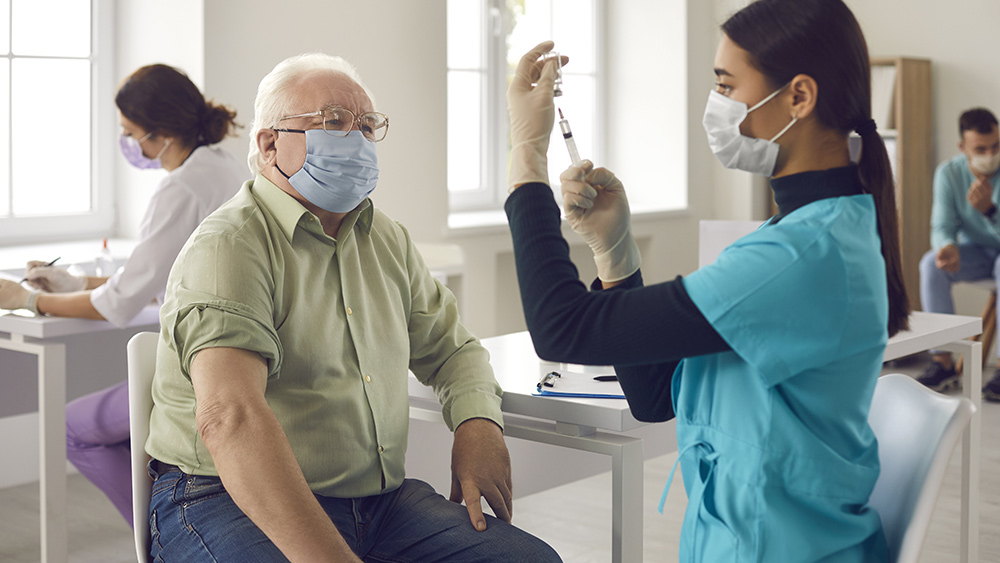 “We already have witnessed the greatest mass poisoning in human history,” he told chiropractor Dr. Bryan Ardis on the latter’s program “The Dr. Ardis Show” on Brighteon.TV. “There has never been a time where five billion people took arsenic or five billion people took cyanide, but we just witnessed the greatest mass poisoning ever.”

Marble, a family medicine specialist, cited the more than 30,000 official deaths among vaccinated people recorded in the Vaccine Adverse Event Reporting System (VAERS) as evidence. This number, he added, is much higher than all the real vaccines over 30 to 40 years combined by a factor of 10. (Related: VAERS data show COVID vaccine deaths SURPASS those caused by other shots.)

The Florida-based physician told Ardis that he told everybody he knew not to take the COVID-19 vaccines when they came out in December 2020 because they were poison. Marble noted that following the vaccine rollout, he began hearing “horror stories” of vaccine injuries all over the country.

According to Marble, people are aware that Big Pharma had never made a vaccine in less than four years. Making a vaccine in nine months is very dubious, he added. Given this, Marble blasted former President Donald Trump’s Operation Warp Speed as “fast science” – adding that “fast science is always bad science.”

The physician emphasized to Ardis that if a new drug comes out, it should never be prescribed for patients until it has been on the market for at least three to five years because people could only find out if it is dangerous or not during that span of time. He added that if 50 people die after taking a new drug, it must be pulled out of the market.

Marble also pointed out that the COVID-19 vaccines pushed by what he calls the political correctness (PC) cult have either ignored or thrown medical ethics in the garbage.

“What they are doing, in my personal belief, is the implementation of the World Economic Forum’s Great Reset – which is a mass genocide pandemic using fake vaccine kill shots,” he said.

According to Marble, over six million people have died since the COVID-19 pandemic began in 2020. He said the world is going to see more people dying unexpectedly due to COVID-19 vaccines.

Marble, who founded telemedicine platform MyFreeDoctor in 2020, said the PC cult has redefined the word vaccine to include poison, gene editing and gene therapy. To this extent, it got in touch with the Merriam-Webster Dictionary and told its publishers to update the definition.

Given that a lot of people do not understand that the COVID vaccines are not real vaccines, this has led to over five billion people being poisoned around the world.

Marble added that the PC cult favors depopulation and this is the reason why this same group is promoting homosexuality, assisted suicide, birth control, abortion and other things that can reduce the population.

Follow VaccineInjurynews.com for more news about the injuries and deaths caused by the COVID-19 vaccines.

Doctors share THEIR OWN vaccine injury horror stories, revealing that vaccines are devastating the medical profession.