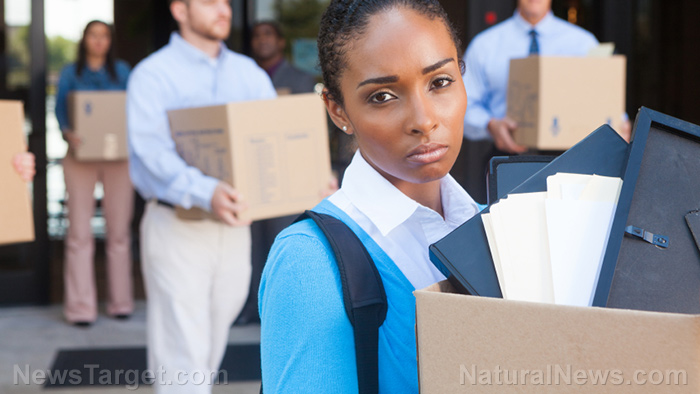 The Wuhan coronavirus (COVID-19) vaccine mandate for municipal workers in New York City (NYC) continues to be in place, with authorities in the Big Apple continuing the termination of workers refusing the COVID-19 clot shot.

NYC Mayor Eric Adams said back in September 2022 that vaccine mandate for private companies would be lifted by Nov. 1, 2022 as a sign of the city’s gradual return to pre-pandemic norms. However, public employees continue to be bound by the COVID-19 vaccine mandate. Adams remarked that proof of vaccination is still required for municipal workers – including police officers, firefighters and teachers.

In line with this, the Big Apple has continued laying off hundreds of municipal workers turning down the injections. Just recently, 850 teachers and aides found themselves jobless for noncompliance with the vaccine mandates. This brought the total of fired employees from the education sector to almost 2,000, according to the New York Post.

As of September 2022, NYC has fired more than 1,700 city employees – including 36 police officers and 24 firefighters – for noncompliance with the vaccine mandate.

“We are in a steady phase of pivot and shift. We do things, we roll things out slowly. Right now, that is not on the radar for us,” Adams said, referring to lifting the mandate for government employees.

The Big Apple’s COVID-19 vaccine mandate continues to be opposed in court, with unfairly terminated workers filing lawsuits that seek the edict’s scrapping.

In one case filed by the Police Benevolent Association of the City of New York (PBA), New York State Supreme Court Justice Lyle Frank ruled the vaccine mandate to be invalid “to the extent it has been used to impose a new condition of employment of current PBA members.” He justified his ruling as “based on the grounds that the city did not collectively bargain with the union over it. (Related: NY Supreme Court justice rules that COVID vaccine mandate for NYC cops is INVALID.)

“We will continue to fight to protect those rights,” he said, adding that the union’s fight against the mandate isn’t finished yet as city authorities filed an immediate notice of appeal – effectively putting the justice’s decision on ice.

Anthony Marciano, a former detective from the New York City Police Department (NYPD), also filed a lawsuit against the mandate in the Supreme Court of the United States (SCOTUS) after his request for a religious exemption to the COVID-19 vaccine was denied. Even though Marciano is unvaccinated, he possesses natural immunity from COVID-19 following a bout with the disease that he subsequently recovered from.

His petition was initially rejected by liberal SCOTUS Justice Sonia Sotomayor, but later granted by conservative SCOTUS Justice Clarence Thomas. At least five magistrates on the high court decided not to grant an injunction, as per the Epoch Times. The SCOTUS did not explain why Marciano’s request was rejected.

According to Patricia Finn, the detective’s lawyer, they still intend to pursue their lawsuit even though the New York State Supreme Courts’ ruling may have rendered the lack of an injunction moot.

“We will continue in the Second Circuit with the case and move our way up the ladder again if needed,” she said. “We are optimistic about moving forward and expect to reach the Supreme Court in the near future and obtain a favorable ruling.”

Watch the video below that discusses why the COVID-19 vaccine mandate on PBA members was invalid.

NYC ends vaccine mandate for retail customers – but not for employees.