OBEY OR BE LOCKED DOWN: Trudeau threatens that covid tyranny will return this fall if 90% booster shot compliance isn’t achieved 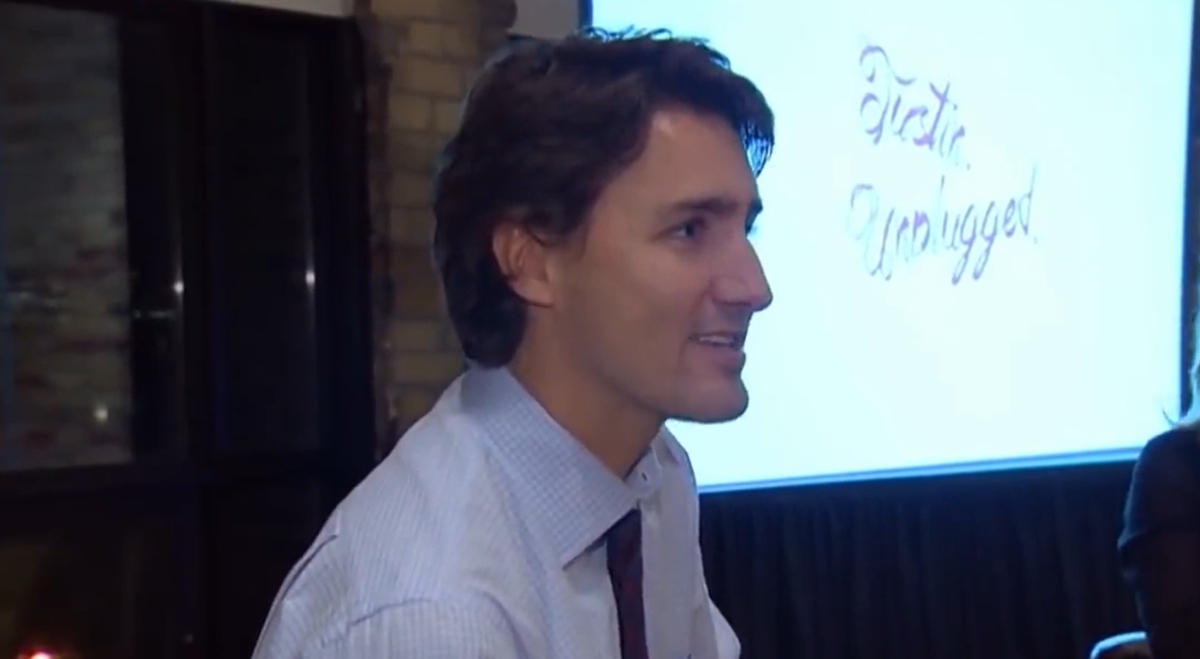 We are just weeks away from the completion of summer, and Canadian Prime Minister Justin Trudeau is already threatening to reinstate more lockdowns, mask mandates, and “vaccine” requirements for the Wuhan coronavirus (Covid-19) if not enough Canadians voluntarily line up for the latest “booster” jab.

In a statement he provided to the press inside what appeared to be a hospital room, Trudeau argued that covid is “not done with us yet,” even though the vast majority of the world is done with it.

“We might want to be done with it, but it’s still around,” Trudeau stated. “And yes, we have a lot more tools, a lot more understanding, a lot more knowledge on how to keep ourselves and our loved ones safe. But we also know that as winter comes, and as people get pushed back indoors, there is a real risk of another serious wave of covid.”

The only solution to that potential “wave,” according to Trudeau, is “to ensure that everyone is up to date on their vaccinations,” otherwise provinces will have to “make decisions about restrictions and mandates.”

“The recommendation is you should be up to date on your vaccinations if you have had a dose within six months,” Trudeau added. “Everyone who has been a while since their vaccinations should look at the fact that we have new vaccines coming out this month that are tailored against Omicron that will provide better protection, and everyone should get out and get vaccinated.”

“If we are able to hit that 80, 85, 90 percent of Canadians up to date in their vaccinations, we’ll have a much better winter with much less need for the kinds of restrictions and rules that were so problematic for everyone over the past years,” he went on to blab.

“But every step of the way, government’s responsibility is to keep people safe, to prevent our health care systems from getting overwhelmed, and that’s where individuals choosing to make sure they’re up to date on their vaccinations with these new vaccines is going to help us all.”

You can watch Trudeau say these things in the video below:

JT is a lunatic. pic.twitter.com/P9Qcc3gYx2

Trudeau is a Manchurian candidate with a dictator complex

Trudeau has been on an extreme tyranny kick the past few years, and really seems to be enjoying himself and his ability to impose whatever nightmarish scenario he wishes with seemingly minimal pushback from Canadians.

His response to the Freedom Convoy trucker protest was to try to invoke the Emergencies Act and shut down people’s bank accounts. Trudeau was also recently caught trying to plot how to turn Canada into a massive “climate change” police state, complete with “biological labs,” torture chamber “interrogation rooms,” and roving armies of firearm-wielding climate enforcers.

“The Canadian Manchurian Candidate PM, whose science background starts and ends with his previous profession as substitute drama teacher, is now threatening PSYOP-22 lockdowns,” writes “2nd Smartest Guy in the World” on his Substack, urging Canadians to not comply under any circumstances.

“This psychopath that ordered millions of DEATHVAX™ boosters that he needs to inject into as many duped Canadians’ arms as possible for the waning Great Reset depopulation and control program must be stopped at all costs.”

In the comment section, many wrote that Trudeau is clearly out of his mind if he thinks another round of plandemic theater is going to fly.

“In the video, his wild hand gestures, frequent bug eyes, and spastic verbal inflections show that this psychopath is becoming unhinged,” one wrote.

“Maybe, at some level, he knows the masses are coming. Soon, he’s going to be joining his fellow, corrupt, communist dictator, the president of Sri Lanka, by fleeing the country in terror just before the people burn down the presidential palace.”

Apart from a revolution, countries like Canada that are controlled by globalists can expect the medical tyranny dial to be turned to maximum this fall and winter. To keep up with the latest, visit Fascism.news.