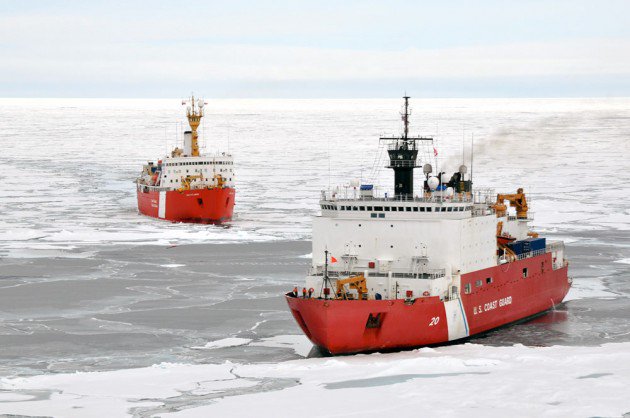 According to Dale Saran, one of the attorneys representing the USCG members, the number of plaintiffs exceeds 130 and will possibly surpass 200. The complainants are either active-duty or reserve members of the Coast Guard, and all “have sincerely held religious beliefs that prohibit them from receiving the COVID-19 vaccine.”

The suit included that under the August 24, 2021 DOD vaccine mandate, the military theoretically offers “medical, administrative, and religious accommodation requests (RARs) to the mandate.” Two days later, the Coast Guard issued its own that “incorporates the provisions of the DOD mandate.”

The claim further stated that only service members with medical or administrative reasons for an exemption were accommodated, and even those sparingly, while RARs are universally denied unless the requester is eligible for administrative separation.

“This conclusively demonstrates that the Armed Services have systematically and willfully violated service members’ free exercise rights under RFRA [Religious Freedom Restoration Act] and the First Amendment,” the suit stated.

It further pointed out that because of their vaccination status, the plaintiffs have been harassed, treated differently than their peers, singled out publicly by their leaders, had their normal leave and liberty restricted, been removed from senior/leadership positions, been denied promotion, received official discipline, been barred from training, travel, new assignments and permanent change of station orders and are now facing involuntary separation.

Moreover, no one from the original 122 plaintiffs who filed RARs received their response within the required 30-day deadline. According to their lawyer, 1,308 RARs were filed, 578 were denied and none were approved. Out of 1,150 appeals, 119 were denied with no approvals.

“These folks represent some of the most dedicated, selfless defenders of American lives here at home. They deserve better, they deserve advocates for their rights and that is why we are filing on their behalf,” Saran said. (Related: Donald Trump plotting return to White House in 2024, makes major pledge to military members discharged for refusing COVID vax.)

The attorney further said that “rights to due process under the Fifth Amendment” pertaining to bodily integrity also were violated because the mRNA shots being forced on servicemen and women are not vaccines, but instead are treatments that meet none of the statutory and historical definitions to be considered “vaccines.”

“Plaintiffs object to taking the gene therapies because all of the existing ‘vaccines’ used aborted fetal cell lines either in their manufacturing or development and the COVID-19 vaccines are critically dependent on, and could not exist but for, the use of aborted fetal cell tissue,” the complaint included.

In summary, below are the laws violated by the DOD and Coast Guard vaccine mandate:

Furthermore, it also questions the DOD’s claim that the Pfizer’s COVID-19 vaccine, issued under an emergency use authorization, is “interchangeable” with the FDA-licensed Pfizer comirnaty vaccine.

The suit argued that the FDA has never asserted that the EUA and licensed versions are legally interchangeable as the agency consistently acknowledged that the two vaccines are “legally distinct.”

A testimony was incorporated in the lawsuit and engaged the expertise of immunologist Dr. Peter McCullough.

“The Pfizer, Moderna, and JNJ [Johnson & Johnson] vaccines are considered “genetic vaccines,” or vaccines produced from gene therapy molecular platforms, which, according to U.S. FDA regulatory guidance, are classified as gene delivery therapies and should be under a 15-year regulatory cycle with annual visits for safety evaluation by the research sponsors,” McCullough said.

The expert added that vaccination is not the best way to minimize the risk posed by COVID-19 to military readiness as these vaccines have led to record fatal and nonfatal organ injury syndromes based on over 1,000 publications in the preprint and PubMed citation systems.

Watch the video below where Dr. Jane Ruby slams DOD and Pfizer for sending fake comirnaty vials to the coast guard.

Dr. Jane Ruby: COVID shots are a direct attack on the military – Brighteon.TV.