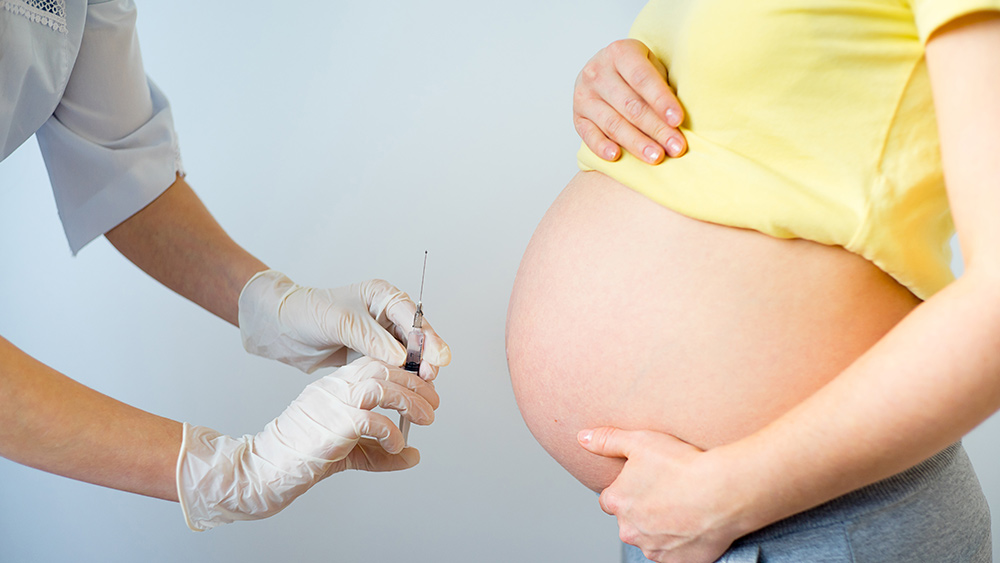 The NBC News tool we wrote about last week, Brandy Zadrozny, is now the standard of comparison for vaxx zealots on this blog. This person, who is also a pedophile supporter, tells the vaxx zealot populace at-large how and what to think, how to deny reality, and how to deny indisputable truth.

For example, this blogger spoke with Zadrozny about Pfizer board member James C. Smith. He was the President and CEO of Thomson Reuters until 2020. Smith is also currently the Chairman of the Thomson Reuters Foundation.

Thus all Reuters “fact-check” articles are inherently biased misinformation due to the blatant conflicts of interest with Pfizer. Zadrozny said this fact is irrelevant because Thomson Reuters, the Reuters Foundation, and Reuters are all independent of one another. She was shown the bottom of the Reuters Fact Check page that clearly states “Reuters, the news and media division of Thomson Reuters.”

Vaxx zealot modus operandi is then to dismiss the indisputable truth as “conspiracy theory” and “misinformation,” followed by ad hominem attacks aimed at the truth messenger.

The following headline is from a Vice News article published on February 28, 2020. The story mocks “anti-vaxxers” and their “conspiracy theory” about forthcoming vaccine mandates.

About 21 months later, in November 2021, risk management firm Willis Towers Watson published a survey. It found that 57% of employers already had COVID vaccine mandates or planned to implement them in the near future. Four months ago, the U.S. Supreme Court issued a preliminary injunction, halting the Joe Biden mRNA “vaccine” mandate for employers with 100-plus workers.

The term conspiracy theory in 2022 is synonymous with truth and/or accurately predicting the truth. U.S. government and mainstream media are incredibly predictable. But a majority of Americans refuse to accept the fact everything in this world is orchestrated by government, mainstream media and corporations. Tribal loyalty is more important than truth in 2022, despite the two tribes being owned and operated by the same nefarious factions.

The Washington Post published an article last week showing how Fox News host Tucker Carlson has been close friends with Hunter Biden for decades. Donald Trump has given upwards of $250,000 to the Clinton Foundation through 2020, including $100,000 in 2009 alone. 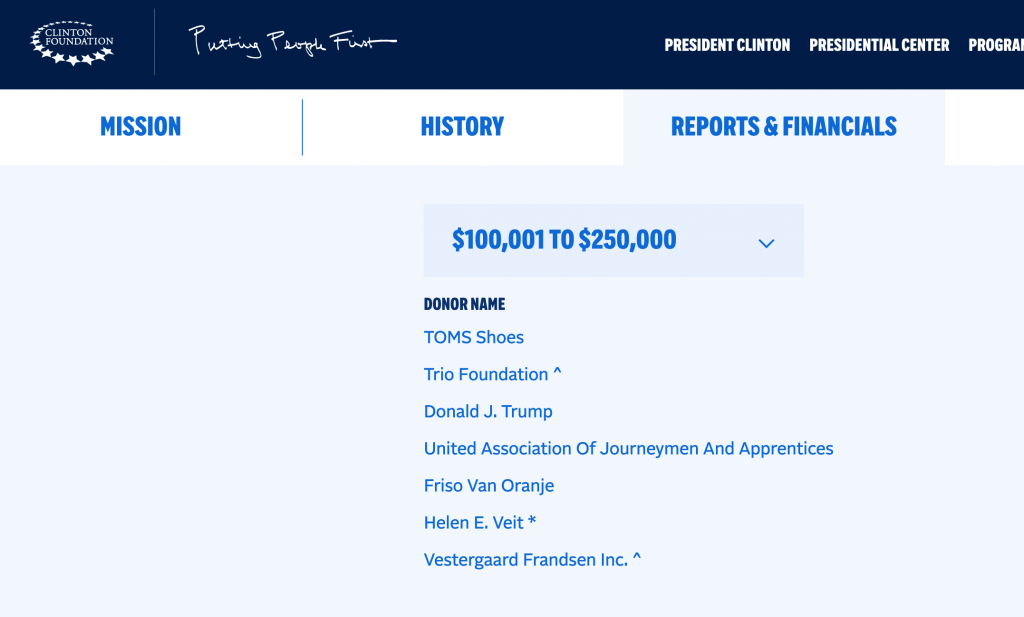 But in 2022, truth to 70-plus percent of Americans is whatever their tribal leaders tell them. And now with so-called COVID-19, the most powerful human psychological operation in history, millions will die or be maimed as a result of government and mainstream media propaganda.

The Zadrozny disinformation podcast featured an interview with Mrs. Amanda Makulec. We wrote about Ms. Makulec and her infant son who died on September 26, 2021, just 85 days after birth. Ms. Makulec bragged incessantly about the injections being safe for everyone. She was particularly vocal about “sharing [my] immune protections” via the injections while pregnant and subsequent vaxxed breast milk. 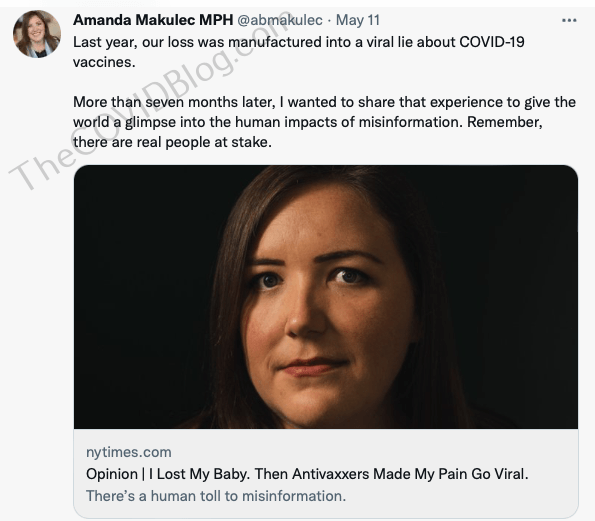 Granted critical thinkers who have followed this blog from the beginning know that pregnant and breastfeeding women were excluded from all Pfizer Phase III clinical trials. We published this information on May 7, 2021 via Pfizer’s own documents.  Also by that time, we’d already covered several stories of pregnant women having spontaneous abortions and stillborn babies days and weeks after the injections.

There was even a March 2021 paper published in the peer-reviewed European Heart Journal that confirmed breastfeeding and pregnant women were excluded from Phase III trials for all of the injections. Now we have even more confirmation after Pfizer released 80,000 more pages of clinical trial data on May 1.