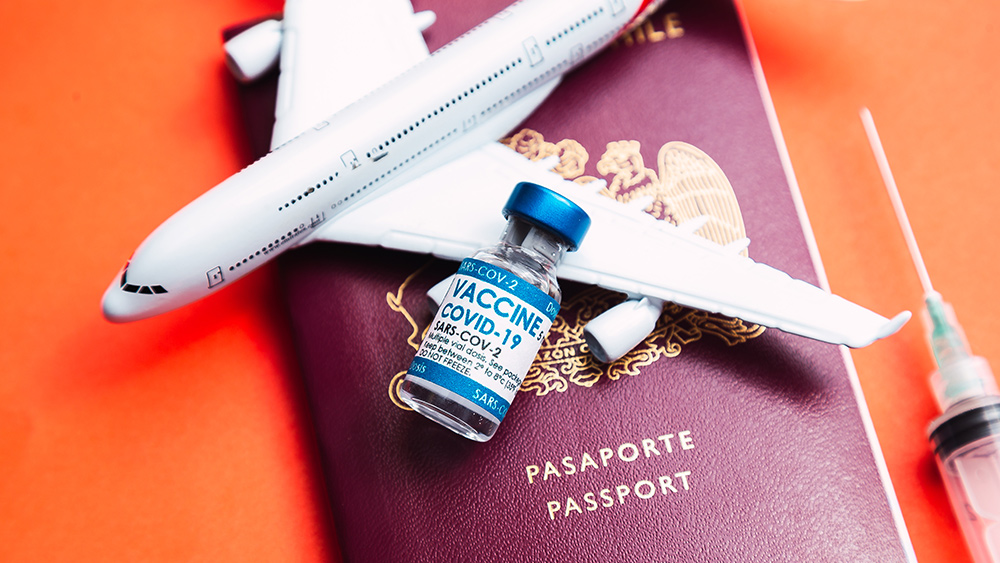 The cases are dropping, the deaths are dwindling, the mandates are being eased out. Just when the Wuhan coronavirus (COVID-19) appeared to have been contained, however, here comes the World Health Organization (WHO) espousing the need for international vaccine passports.

No wonder Robert Scott Bell, host of his eponymous show on Brighteon.TV,  couldn’t help but rant against the idea being floated by the WHO, which is obviously trying to be relevant as the pandemic winds down.

Bell, a homeopathic practitioner, described the WHO as “a dunderhead corrupt organization” for clandestinely initiating such a move with global implications.

According to Bell, “the WHO is building a trust framework that will convene member states and leaders of COVID-19 immunization credential technology groups, including Klaus Schwab’s World Economic Forum.”

It wasn’t only the vaccine passport, now being labeled as Vaccination Credential Initiative (VCI) with the involvement of the private sector, that caught Bell’s attention as he waited for his guest, Mike Colomb, to get connected on the February 28 episode of “The Robert Scott Bell Show.”

According to Bell, accepting these vaccines means the establishment already owns you, for you’ll “get numbered like a beast in the field” and be included in the statistics that show nearly 10 billion shots have been given worldwide, with 4.4 billion receiving them twice, and over 1.4 billion already boosted.

More figures show that a total of 442 million people have caught the virus, 5.98 million of them have died while hundreds of thousands more are endangered owing to the reduced body immunity caused by the vaccines. Knowing that vaccination is still an individual choice, however, Bell lashed at the people who still fall for the old COVID-narrative that stressed the need for the mask and vaccine mandates.

WHO can’t hide fact that pandemic is on the wane

Even the WHO couldn’t hide the fact that the pandemic is on the wane.

As per its report from February 21-27, the number of new COVID-19 cases and deaths continued to decline by 16 percent and 10 percent, respectively, compared to the previous week. Also, over 10 million new cases and over 60,000 new deaths were reported.

According to Bell, once you get jabbed at this late stage, it’s no longer a matter of being a Republican or a Democrat. Bell called them either morons or just stupid for not sticking to their beliefs and doing whatever they think is best for their bodies.

“It’s about whether you’re a moron when it comes to medicine and the fear of the germ, how it’s caused you to take leave of your senses and abandon the love of liberty that our forefathers or our ancestors had, at least in the United States,” said Bell.

Bell was particularly pissed off with the “establishment Republicans” who played along with the mask and vaccine mandates. He singled out Republican representatives who have subjected themselves to the jurisdiction of what he dubbed as a “de facto corporate United States business.”

He cringed at the thought of these Republicans accepting an edict from “King [Joe] Biden or emperor [Nancy] Pelosi,” despite tons of evidence pointing to the absurdity of the mask and vaccine mandates.

The truth is, there are reports Democrat candidates are being told not to wear masks when they’re with their Republican counterparts, otherwise, they stand to lose in the midterm elections on November 8, according to recent studies.

That’s because people have gotten tired of wearing masks, which in turn pose a big environmental threat. Landfills are now teeming with masks while tons of them are being washed away on seashores and settling on the ocean floor.

According to the United Nations, global sales of masks skyrocketed to $166 billion last year from less than a billion ($800 million) before the advent of the pandemic in 2019. And what’s worrisome is these masks will take hundreds of years to decompose with the special biodegradable ones taking five years.

The DNA-altering vaccines, the vaccine passports and face masks alarm Bell no end.

Red states pushing for social credit and technocracy as vaccine pass is quietly rolled out.

COVID rules failed: Fauci blames those who refused to obey him.

Watch the February 28 episode of “The Robert Scott Bell Show” below. Catch new episodes of the program every Monday at 4-5 p.m. on Brighteon.TV.