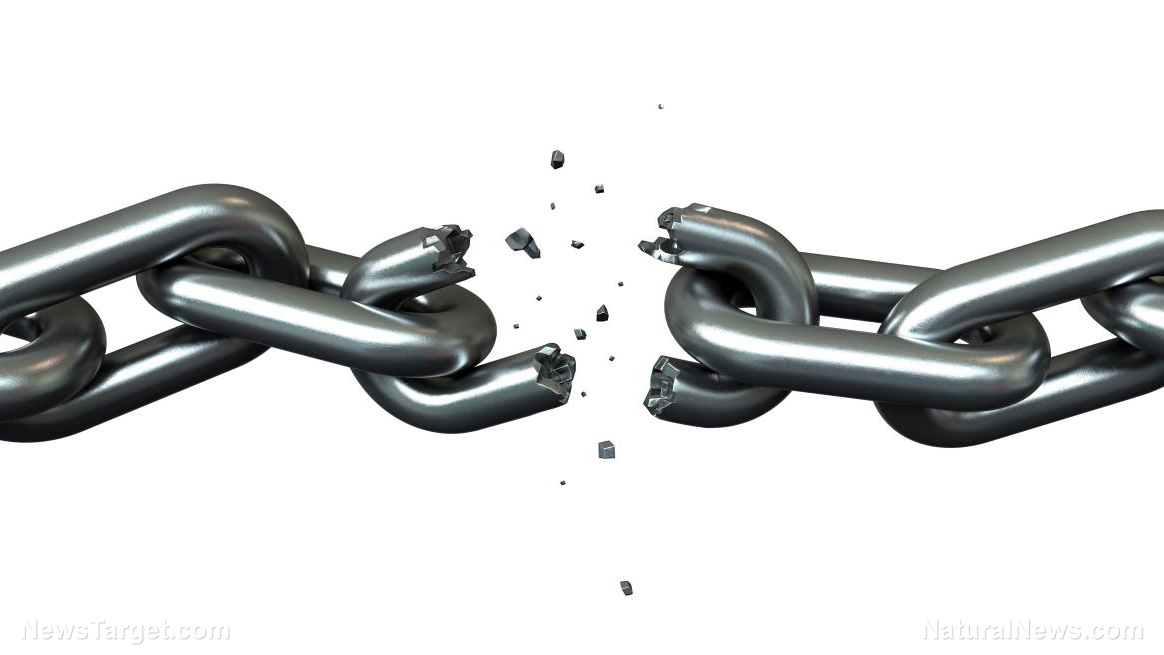 Dr. Vladimir Zelenko called on “God-conscious” Americans to stand up against government tyranny amid the Wuhan coronavirus (COVID-19) pandemic. He also had strong words toward individuals wishing to play god by pushing COVID-19 vaccines worldwide.

Zelenko first gained prominence by developing an early treatment protocol for COVID-19 using hydroxychloroquine (HCQ) and zinc sulfate. He explained how he chanced upon this protocol during a March 2021 interview with psychiatrist Dr. Peter Breggin.

“I was praying to God in March [2020], asking for some help because I had thousands of sick patients dying. These people I have taken care of for 20 years, and I had nothing to offer them,” he told Breggin.

“I was praying for some guidance, and then the next thing I know – a letter is sent to me in my email [about] how zinc ionophores and zinc work in inhibiting RNA viruses theoretically. That was a big illumination for me, and it really affected the world because I pushed that stuff globally.”

According to Zelenko, human history is marked by a struggle between people “trying to live a God-conscious or God-centered life” and people “who have always attempted to be god-like and [wanting] to have global control of the rest of humanity. “We’re made in God’s image, our lives have sanctity just because they are – not because of any other reason,” he said.

On the other hand, those seeking to control humanity and play god can only do so by “enslaving [humanity] psychologically.” Zelenko mentioned that the COVID-19 pandemic itself is an “extremely well-orchestrated, brilliantly executed [and] exceptionally evil” attempt to put the population under control. “What we are living through is probably the biggest psy-op in the history of humanity,” he told Breggin.

However, Zelenko pointed out that there is still hope. “Don’t live in fear, don’t live in isolation [and] don’t take the poison death shot. Take preventive therapy for COVID, take early treatment if necessary. But more importantly, live with God-consciousness. Improve yourself as an individual, and when enough individuals improve themselves – society as a whole improves and we move away from paganism, idolatry and child sacrifice toward a world of truth, love and the revelation of God,” he advised.

“[We] need to coalesce like-minded people and form our own societies. We need to work in unity and in civil disobedience, hopefully in a nonviolent way.”

In a subsequent interview with InfoWars founder Alex Jones, Zelenko touched on the Food and Drug Administration‘s (FDA) release of documents to justify its full approval of Pfizer’s COVID-19 mRNA vaccine. According to a LifeSiteNews report, the FDA’s release of the 91-page stash on Nov. 19 was a response to a Freedom of Information Act request filed by attorney Aaron Siri.

The documents revealed that the regulator was aware of about 150,000 serious adverse events and more than 1,200 deaths connected to the Pfizer vaccine in the first three months after its emergency approval. The FDA granted an emergency use authorization for the mRNA vaccine in December 2020. (Related: First batch of FOIA documents released by FDA about Pfizer’s covid vaccines shows 1,223 DEATHS already reported in early February 2021.)

“The U.S. government has assaulted and battered the American people with [its] murderous policies, proof being that the FDA knew about the side effects way before they deployed this vaccine.” The pioneer of the HCQ-zinc protocol lamented that the American people “have been raped by [their] own government,” Zelenko told Jones.

“What we’re looking at is millions and millions of adverse effects and hundreds of thousands of deaths. That’s nothing compared to the long-term effects that people are going to experience. We’re seeing huge spikes in cancer and auto-immune diseases. How do you think that’s going to affect future reproduction and population numbers?”

Zelenko mentioned Microsoft founder Bill Gates as among those individuals who wish to be “god-like” and control all of humanity. The doctor slammed Gates for supposedly “predicting” a smallpox epidemic and setting up the next health crisis. (Related: The SMALLPOX BIOWAR – globalists prepare “perfect” scheme to cover up vaccine deaths and cancel mid-term elections by unleashing a new, deadly epidemic.)

According to a Yahoo News report, Gates urged governments to be prepared for the next pandemic by holding “germ games.” He said: “What if a bioterrorist brought smallpox to 10 airports? How would the world respond to that. There’s naturally-caused epidemics and bioterrorism-caused epidemics that could even be way worse than what we experienced today.”

“He’s not a prophet, he’s a criminal,” Zelenko said of Gates. He warned that Gates is “only the tip of the spear” as most of the 150 richest people in the world have a stake in the psy-op against humanity.

“They own all sectors from all perspectives. Whoever runs and owns that entity is the one that’s able to orchestrate this – because they can manipulate the media, industry, politics [and] academia.”

Resist.news has more about experts urging Americans to stand up against government tyranny.