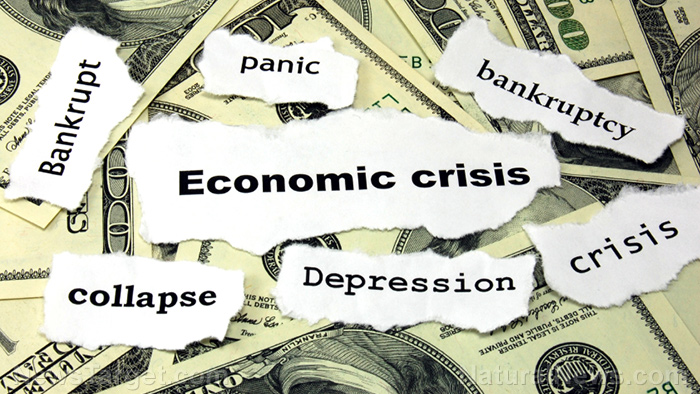 Months into the supply chain crisis, businesses in the United States are still dealing with growing inflationary pressures. Rising input costs, material shortages and other unresolved supply chain concerns are the key drivers. The economic agenda of President Joe Biden’s administration might make the situation worse for businesses everywhere.

This is according to a third-quarter outlook survey by the National Association of Manufacturers (NAM), an advocacy group representing small businesses and the manufacturing sector.

According to the survey, 86.4 percent of manufacturers stated that the main challenge their businesses are facing was an increase in raw material prices.

“I have seen costs increase among suppliers,” said Jon Quigley, founder of consulting firm Value Transformation. “But what’s worse is the lack of availability of parts. It’s one thing to negotiate around the cost for a subassembly. It’s another thing to not be able to get that subassembly.”

Quigley pointed out that the shortages and the increase in the cost of supplies can at least be partially blamed on the major congestion at America’s largest ports. The heavy congestion has caused shipment delays.

Tenpao Lee, professor emeritus of economics at Niagara University, pointed out that the effect of the port congestion is a large uptick in demand which manufacturers are unable to fulfill.

“The short-term solution at the ports will be better management,” said Lee. If this doesn’t work and the demand remains high and unfulfilled, “the long-term solution is to expand the port capacity.”

“With energy, labor and logistic costs going up, it creates the perfect storm for consumer prices to go up,” said Dan Eberhart, an energy consultant and CEO of an oilfield services company.

Regarding the supply chain crisis, Eberhart said that “it’s going to get worse before it gets better.” He added that consumers should start planning for the price of goods to continue rising.

The Biden administration’s policies and proposals are set to add more stress on the country’s already strained supply chains. One major way the White House will do this is by forcing more working-age Americans out of the workforce through Wuhan coronavirus (COVID-19) vaccine mandates.

Tom Bevan, co-founder and president of RealClearPolitics, pointed out that the vaccine mandates will only worsen the labor shortage the trucking industry is currently experiencing.

“So all the biggest trucking companies in America – who already face major driver shortages – will see a percentage of their workforce quit,” he said. “Supply chain crisis is going to get much worse very soon.”

Bevan noted that a significant percentage of truck drivers are unvaccinated. Even if the COVID-19 vaccines were effective, it would not make much sense for truck drivers to receive them given the nature of their work. (Related: Truck driver warns supply chain crisis will not end unless port congestion, labor shortage and other long-term issues are resolved.)

“The very nature of the job is iconoclastic,” said Bevan. “They spend most of the day alone in the cab of a truck, having very little interaction with other people.”

This means their risk of transmitting COVID-19 is significantly lower than in other occupations.

The private employer vaccine mandate, which applies to businesses with 100 or more employees, is expected to impact 84 million people. This means the labor shortage that is affecting almost every industry in the U.S., not just trucking, will only get worse.

Biden’s support for unions comes at a cost

Over 100,000 workers in the U.S. are currently on strike, but Biden is not doing anything to intervene in the labor disputes. He has on more than one occasion vowed to be the most pro-union president in American history. Experts say this is coming at a cost.

“I think unions feel especially boldened under the Biden administration,” said Rachel Greszler, an economics fellow at The Heritage Foundation. “This is clear at the ports in southern California where the unions – whose workers are often earning upwards of $200,000 a year – are refusing to increase operations despite massive backups that are causing problems across the nation.”

Greszler pointed out that Biden is well within his right as president to invoke the Taft-Hartley Act to keep the unions in line to resolve the supply chain issue. This law, formally known as the Labor Management Act of 1947, restricts the power of unions and allows the president to step in and take action if union actions are impeding commerce in a way that impacts the general public.

“But I don’t think unions today have concerns about any federal intervention,” she said.

Mark Mix, president of National Right to Work Legal Defense Foundation, pointed out that Biden has stacked his administration with pro-union advocates and this is directly impacting the efficiency of many sectors that contribute to the supply chain crisis.

Learn more about how Biden is making the supply chain crisis worse at Collapse.news.