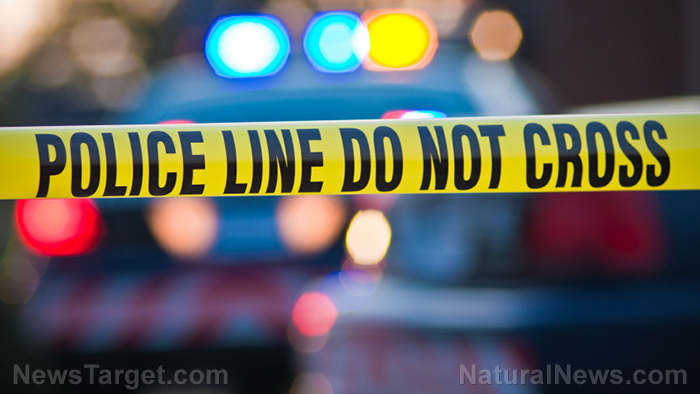 A 64-year-old man by the name of William Aslaksen was arrested over the weekend after he went maniacal and plowed his car straight into a rally of people opposing Wuhan coronavirus (Covid-19) “vaccine” mandates.

The incident occurred Saturday afternoon in Palmdale, located near Los Angeles, resulting in at least one person, a woman, becoming injured. The woman, who has not been identified, was left injured but “stable,” according to authorities.

Aslaksen reportedly went crazy after getting into a conversation with one of the protesters who attempted to reason with him about how there should always be freedom of choice when it comes to pharmaceutical intervention. This caused Aslaksen to snap and drive his car up the sidewalk and into the crowd where the protesters were standing.

Inspired by the Biden regime’s call to “save lives” through Chinese Virus “vaccination,” Aslaksen attempted to end a few unvaccinated lives to help “flatten the curve.”

Within an hour and a half of the incident, Aslaksen was arrested by police officers and taken into custody on suspicion of felony assault. He is being held on $50,000 bail and is scheduled to appear in court on Tuesday morning.

Unlike the Charlottesville incident from a few years back, this attempt at mass murder by a deranged Branch Covidian is barely getting a mention in the mainstream media.

The few news outlets that are reporting on it are trying to minimize its seriousness. The Daily Beast, for instance, which is about as far-left as they come, published a headline that makes it sounds as though Asleksen accidentally “veer[ed] into” and anti-vax mandate protest.

Had this been the other way around and an “anti-vaxxer” plowed a vehicle in a pro-vaccine rally, you can bet your bottom dollar that the Beast would have been crying racism, white supremacy and every other pejorative buzzword under the sun.

NBC Los Angeles reported that “driver hits crowd at vaccine mandate rally,” again making it sound as though it was just some fluke that was not intentional.

A handful of other local news outlets made minor mentions of the incident, but beyond that there is no other mention of Aslaksen’s attempted murder of anti-vaxxers in either the national or global news pipeline.

Compared to the worldwide meltdown that occurred post-Charlottesville, the reporting on this incident has been basically non-existent. Since it fails to fit the narrative that pro-vaxxers love humanity and want nothing more than to save lives, it is being mostly buried.

Hilariously, The Legal Advocate reported that Aslaksen engaged in “road rage, which is a form of reckless driving,” as he plowed his vehicle up the sidewalk in an attempt to harm protesters.

The report goes on to suggest that road rage is common and that accident attorneys should get involved to protect the rights of victims. Nowhere does it mention a hate crime, which is surely what this would have been dubbed had things been the other way around.

If the media was honest, it would be calling Aslaksen an “alt-left extremist” and chastising the Biden regime for stoking the flames of hatred among Branch Covidians towards the unvaccinated.

Remember: This is exactly what they did post-Charlottesville by blaming Donald Trump for that incident of “road rage.” The media also falsely dubbed all conservatives as “alt-right” after that incident, even though it was one person who, just like Aslaksen, went postal due to political programming.

The latest news about Chinese Virus insanity can be found at VaccineJihad.com