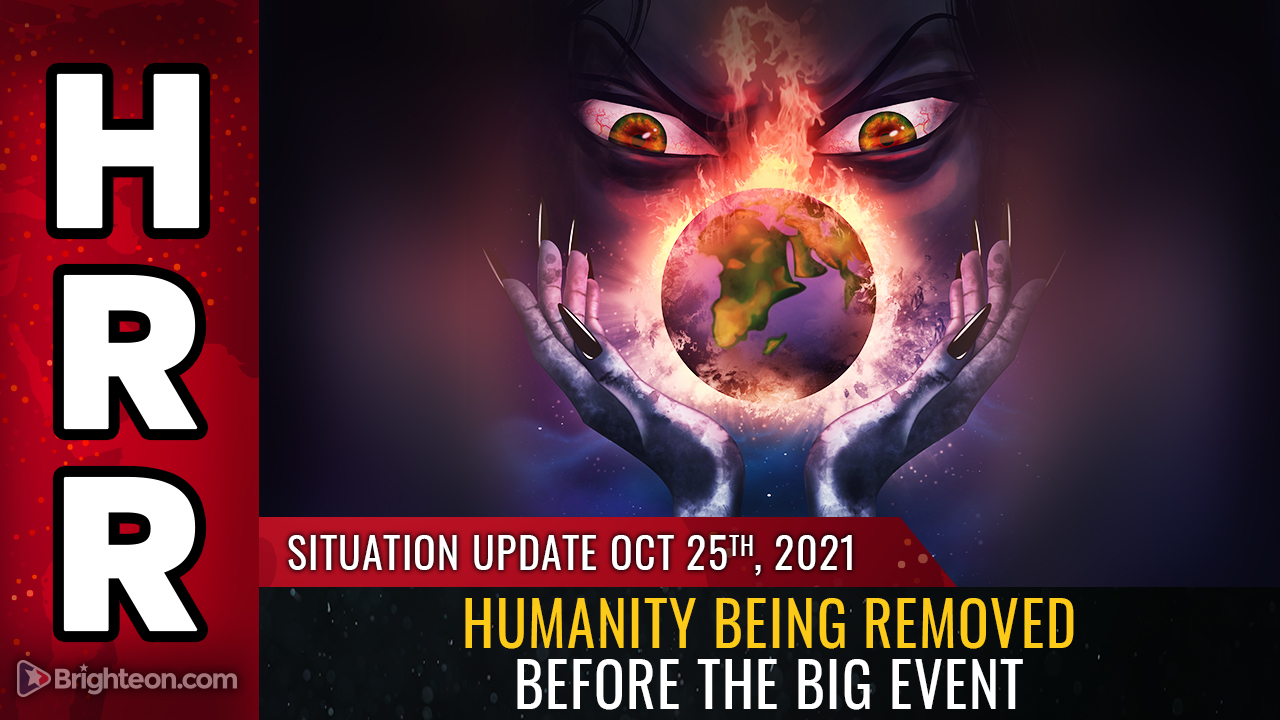 AUSTRALIA: Queensland health official Jeannette Young is now promising to flood the country with vaccinated super spreaders who carry covid, claiming on video, “Every single queenslander is going to get exposed to the covid-19 virus and will get infected.”

She adds, “We will be bringing in virus in vaccinated people…” and then specifically explains she is targeting unvaccinated people with this biowarfare attack by explaining, “But if you’re vaccinated, that’s not a problem.”

This unthinkable admission of coordinated criminal activity by the government of Queensland is just the latest assault on humanity being waged by Australian officials who are so corrupt and evil, it’s almost like they’re competing for an award from Satan himself.

Watch this stunning comment in the following video. The text callout was added to the video by someone else and was not in the original broadcast video:

Dr. Young is fully aware that vaccines are killing people. She previously warned that blood clot-inducing vaccines shouldn’t be given to people under the age of 50, saying, “Wouldn’t it be terrible that our first 18-year-old in Queensland to die from this pandemic died from the vaccine?”

Since then, she has been “corrected” by the genocidal medical establishment and anti-human news media that are coordinating their attacks on anyone who questions vaccines. Dr. Young has fallen in line and is now waging actual biological warfare against humanity, bragging that vaccinated people are the super spreaders who will infect everyone.

They’re not even trying to hide their agenda anymore.

Let us all remember the names of these criminals as the international war crimes tribunals commence.

In today’s Situation Update, we cover the Queensland attack on humanity, and we also cover the real threat to human civilization posed by the Cumbre Vieja volcano. It’s not the tsunami threat to the East Coast that’s the real threat here. It’s that the volcano might erupt and eject a massive amount of particulate matter into the atmosphere, darkening the sun for an entire year.

This would collapse the global food supply and lead to mass starvation around the world, followed by unrelenting disease and economic collapse. Naturally, all solar power would also be heavily impacted, resulting in a catastrophic collapse of “green” energy.

A similar event already happened in 1816, known as “The year without a summer,” following the 1815 eruption of Mt. Tambora in Indonedia. Following the eruption, a global food collapse commenced, leading to mass famine, die-offs, disease and collapse. As covered by AmusingPlanet.com:

The immediate aftermath of the eruption was famine as a result of destruction of crops. This was accompanied by all kinds of disease, especially diarrhea caused by the drinking of polluted water. The famine was so serious that people in Sumbawa were reduced to eating dry leaves and poisonous tubers. Many sold their children just to obtain rice. About 48,000 people were killed on Sumbawa and 44,000 on Lombok. Tens of thousands fled to Java, Bali and South Sulawesi to escape hunger.

The effect of the eruption was not limited to Indonesia. Unseasonably cold weather killed trees, rice and animals even as far north as China and Tibet. Floods destroyed many remaining crops. In Taiwan, which has a tropical climate, snow was reported in many cities.

In Europe, still recuperating from the Napoleonic Wars, low temperatures and heavy rains resulted in failed harvests across the continent, leading to serious famine in Ireland and Wales. This was followed by major typhus epidemics in parts of Europe, including Ireland, Italy, Switzerland, and Scotland, exacerbated by malnutrition caused by the Year Without a Summer.

Temperatures plummeted across North America, especially in the northeastern parts of United States and Canada. Throughout spring and summer, there was a persistent dry fog that reddened and dimmed the sunlight such that sunspots were visible to the naked eye. Frost and snow fell in the upper elevations of New Hampshire, Maine, Vermont, and northern New York in the middle of summer. Cold weather ruined most agricultural crops in North America leading to rising prices. In Canada, Quebec ran out of bread and milk and Nova Scotians found themselves boiling foraged herbs for sustenance.

We also know that a loss of photosynthesis would also cause atmospheric oxygen levels to plummet as plant metabolism is shut down. With 7.8 billion human beings still breathing oxygen (plus all the animals, insects, etc.), global oxygen concentrations in the atmosphere would plunge at the same time global food supplies collapsed.

What’s clear is that globalists are now in a panic to exterminate billions of human beings via vaccines, spike protein bioweapons, economic collapse and food supply chain disruptions, most likely because they need to remove billions of humans before the “big event” arrives.

What is that big event? It’s anyone’s guess at this point, but it’s obviously something on a cosmic or planetary scale. Whatever it is, it’s big enough to have the globalists panicked into a planetary-scale mass extermination agenda.

Discover a new podcast each day (along with amazing interviews) at: