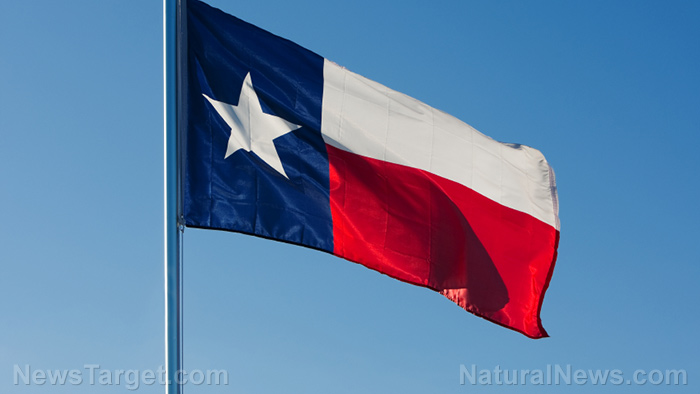 Because Texas is governed by rational people who are patriots and revere the Constitution, there are as few COVID-19 mandates as possible in the Lone Star State.

In fact, GOP Gov. Greg Abbott has spent the past several months imposing bans on certain coronavirus restrictions because he believes Texans should have maximum freedom to make their own decisions.

Most recently, Abbott signed an executive order banning companies from imposing a coronavirus vaccine mandate on their employees, according to American Wire:

According to the order, Abbott has barred businesses and groups in the Lone Star State from requiring proof of vaccination from anyone who has objected to getting the jab for “any reason of personal conscience.” The order also notes it is “subject to legislative action.”

Abbott noted that he has “issued a series of executive orders aimed at protecting the health and safety of Texans, ensuring uniformity throughout Texas,” while attempting to achieve “the least restrictive means of combatting the evolving threat to public health” throughout the pandemic.

“No entity in Texas can compel receipt of a COVID-19 vaccine by any individual, including an employee or a consumer, who objects to such vaccination for any reason of personal conscience, based on a religious belief, or for medical reasons, including prior recovery from COVID-19,” the order states.

“The COVID-19 vaccine is safe, effective, and our best defense against the virus, but should remain voluntary and never forced,” the governor said in a statement.

But the order is going to be ignored by Dallas-based Southwest Airlines, which, in recent days, experienced a major ‘sick-out’ of pilots who are opposed to the vaccine, forcing the carrier to cancel nearly 2,000 flights over the weekend. The company’s CEO, Gary Kelly, told CNBC this week he plans to comply with an executive order issued by Joe Biden last month mandating all federal employees and federal contractors, which includes airlines, be vaccinated or risk losing their jobs.

“I’ve never been in favor of corporations imposing that kind of a mandate. I’m not in favor of that. Never have been,” Kelly told “Squawk on the Street.” “But the executive order from President Biden mandates that all federal employees and then all federal contractors, which covers all the major airlines, have to have a [vaccine] mandate … in place by December the 8th, so we’re working through that,” he added.

But is the order even real?

In a piece for The Federalist, executive editor Joy Pullmann wrote this week that, so far, “there has been no behind-the-scenes regulatory movement, indicating that there isn’t an actual order yet or even one that is forthcoming,” American Wire reported.

“So far, all we have is his press conference and other such made-for-media huff-puffing. No such rule even claiming to be legally binding has been issued yet,” she wrote.

“That’s why nearly two dozen Republican attorneys general who have publicly voiced their opposition to the clearly unconstitutional and illegal mandate haven’t yet filed suit against it,” she added.

“There is no mandate to haul into court. And that may be part of the plan,” Pullmann continued, intimating that the Biden regime never had any intentions of forcing private businesses to require their employees to be vaccinated or face massive fines because it is a loser in federal court.

And yet, it may actually exist for airlines and federal employees because Biden, as head of the executive branch, does not need a ‘rule’ crafted by a federal agency to effect an executive order.

Either way, it is looking like there is going to be a major legal battle in Texas to figure this one out. And frankly, we’re pulling for the Lone Star State.