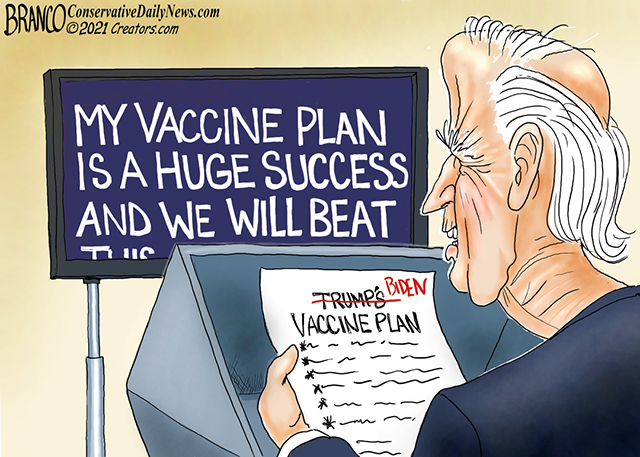 Scott Kesterson slams the government for being untrustworthy during his program “BardsFM” on Brighteon.TV. He says the government is willing to use its people in an “experiment for bioweapons, among other things.”

“The propensity to want to believe in the quick fix is something that we need to restrain as we look forward to the challenges ahead,” he says before discussing how the U.S. has financed the development of the Wuhan coronavirus (COVID-19).

“Our government is the enemy of the people,” Kesterson says. Previous reports have shown that a “bat coronavirus grant” was provided to EcoHealth Alliance to back the research at China’s Wuhan Institute of Virology (WIV). The grant from the National Institutes of Health (NIH) also includes $600,000 to identify and alter bat coronaviruses that are likely to infect humans.

U.S. Senator Paul Rand has said that the documents revealing the extent of the funding for the coronavirus research showed that the National Institute of Allergy and Infectious Diseases (NIAID) Director Dr. Anthony Fauci lied in previous testimony to Congress when he denied giving funding. NIAID is an NIH sub-agency.

Citing the report, Rand says he asked the Department of Justice to review his testimony so that he may be held accountable for his actions. The documents have also revealed that experimental research on genetically engineered mice with human cell receptors was conducted at the Wuhan University Center for Animal Experiment, and not at the WIV as previously thought. (Related: Yes, the Coronavirus is an Engineered BIOWEAPON.)

Rutgers University chemical biology professor, Richard Ebright, has also slammed NIH Director Francis Collins. He says that the documents made it clear that assertions from Collins and Fauci saying that they did not support gain-of-function research or potential pandemic pathogen enhancement at WIV are untruthful.

Even before the pandemic, many scientists have expressed their concerns about the potential dangers associated with the experiments. Reports have been made showing that the COVID-19 virus stemmed from a genetically modified virus that leaked from the WIV.

Untrustworthy government in the midst of pandemic

Data has shown that the pandemic will leave a scar for years. With the current pandemic and resulting recession, the U.S. has witnessed the most tangible failure of government in recent history. The ongoing issues of errors, deceptions and corruptions have led to thousands of unnecessary deaths and economy shutdowns.

Distrust in the government has put the country into this situation. Poor performance in handling the pandemic leads to deeper distrust.

The government also incites distrust through its complexity and inaccessibility, with its many programs creating a barrier of uncertainty and confusion for people. Vaccination mandates could also hurt voluntary compliance, as lack of trust in the government could make it counterproductive.

The fact that mainstream media has been very quiet about vaccine deaths is not helping with the distrust, either. In Norway, for example, elderly people have died after receiving Pfizer vaccines. According to the Norwegian Medicines Agency, 13 of them had been found with common side effects that contributed to severe reactions.

Norway has only vaccinated about 25,000 people with Pfizer vaccine, and there have been 23 deaths connected to it. However, the media has failed to report the incident immediately. It seems that major media outlets have been downplaying the deaths associated with COVID-19 vaccines.

Americans have lacked trust in the federal government for decades. A recent poll has found that only 17 percent of Americans have a great deal of trust in the federal government in terms of giving reliable vaccine information. A separate poll has shown that 32 percent of unvaccinated adults claim that they don’t trust the Biden administration to provide reliable information about the vaccines.

You can catch new episodes of “BardsFM” every Thursday at 5-6 p.m. on Brighteon.TV.

Get more news and updates about how the government is handling the COVID-19 cases in America and elsewhere at Pandemic.news.