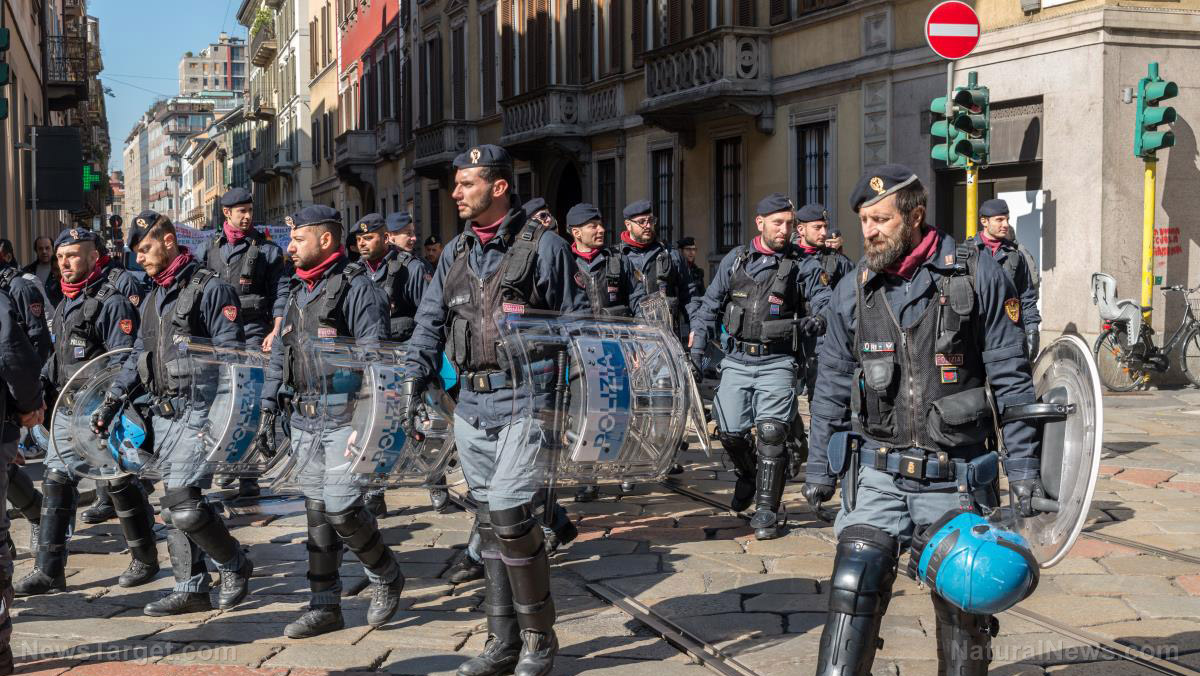 To help “save lives,” the government of Italy has issued a decree ordering all employers both in the public and private sectors to stop paying workers who refuse to take Wuhan coronavirus (Covid-19) “vaccines.”

In order to keep their jobs, Italians are now being told that they must get a vaccination “green pass” proving that they took the “Operation Warp Speed” injections in obedience to the government and the Vatican.

Since millions of Italians are just saying no to experimental drugs from Big Pharma, there could very soon be a massive worker shortage across Italy – or at least a massive shortage of people willing to work for no pay.

It would be illegal, it turns out, for the government to simply order the firing of all “unvaccinated” workers. To avoid potential legal action, the government of Italy is instead demanding that employers just stop paying their non-jabbed employees.

“Instead, they should be considered to be on an unjustified absence and have their wages or salaries withheld,” explains Ken Macon, writing for Reclaim the Net.

“Those found to be working without a vaccine passport could be punished with fines of up to €1,500. Additionally, the government said it would not cater for the test costs for those who would prefer not to take the vaccine.”

What about people who already tested “positive” for the Wuhan Flu in the past and who now have antibodies, aka natural immunity, to the disease? They, too, will still have to get at least one injection, authorities say.

The reason for this is that the Italian government wants everyone regardless of immune status to get injected with something as a show of solidarity and conformity with the dictate.

Beginning on September 1, Italy also started requiring that schools and universities force their students and teachers to show proof of jab in order to get an education and keep their jobs.

The “unvaccinated,” as they are calling them, are also prohibited from using public transportation in Italy. This means that many people will not be able to travel for the holidays or for work, and some may not be able to see their relatives ever again.

This is what “saving lives” looks like in 2021. Depriving people of life and liberty is how the government is keeping everyone “safe” against Chinese Germs. Without a jab in Italy, one can no longer buy, sell or do pretty much anything.

“Venues such as museums, stadiums, theaters, gyms and indoor seating spaces at bars and restaurants all require vaccine identification and businesses can be fined thousands of euros for not enforcing the rules,” reported Zero Hedge.

“The ‘green pass’ in Italy also tracks and individual’s location, once again emphasizing how it’s a digital ID card on steroids.”

The ratchet will keep getting tightened until the people decide that they no longer want to be forcibly “kept safe” by the government. Once that happens, there will likely be incredible societal turmoil, particularly in the West where restrictions seem to be the most intense.

“There is going to be a breakdown across the West,” wrote one commenter at Zero Hedge. “Prepare accordingly.”

“The fusion of business and government is almost complete,” wrote another. “And I have to admit that our descent into fascism has been most educational.”

“All that’s left to determine is if it’s survivable,” responded another about the marriage that has taken place between the public and private sectors due to the plandemic.

To keep up with the latest news about Wuhan coronavirus (Covid-19) “vaccine” injections, be sure to visit ChemicalViolence.com.