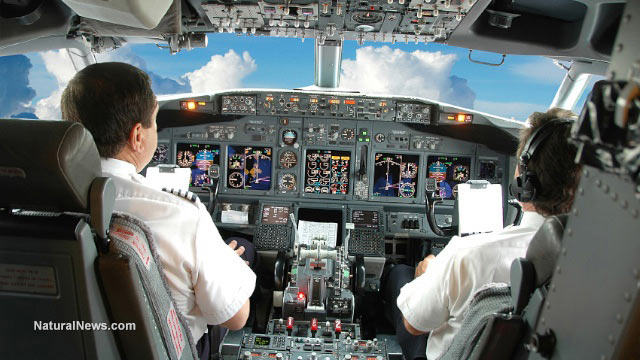 A group of United Airlines employees have filed a lawsuit against the company over its COVID-19 vaccine mandate, specifically when it comes to the way they have been handling religious and medical exemptions.

In August, United Airlines announced that any employees who were not vaccinated would be required to get the jab by September 27. They did, however, make an exception for people with religious and medical reasons – at least in theory.

Now, a group employee plaintiffs say that the exemptions are not being honored and that the airline has not approved accommodation requests related to the vaccine, instead offering them six years of unpaid leave. They allege the company has been discriminating against these employees and essentially forcing them to get the vaccine to keep their job.

According to the airline, those workers who are regularly in contact with passengers – such as gate agents, pilots and flight attendants – whose exemptions are granted approval will be facing indefinite unpaid leave beginning on October 2. According to a memo released by the company, these workers will not be allowed to return to their job until the pandemic “meaningfully resides.”

Meanwhile, those employees who do not deal with passengers often, such as mechanics and baggage handlers, whose exemptions are approved are going to be put on leave only until the airline institutes a plan for mandatory mask wearing and weekly testing.

Those employees who work at the airline’s headquarters who are granted exemptions will be placed on leave until safety measures are decided, including whether or not the individual needs to come into the office to perform their role.

A United spokesperson told Fox Business that they believe the complaint is “without merit,” stating: “The most effective thing we can do as an airline to protect the health and safety of all our employees is to require the vaccine – excluding the small number of people who have sought an exemption, more than 97% of our U.S. employees are vaccinated.”

Employees are feeling forced to get vaccinated despite exemptions

However, a lawyer who is representing the plaintiffs, Mark Paoletta, pointed out that United’s actions are essentially forcing people who want to keep their job to get the vaccine.

He said: “We filed this lawsuit to protect the rights of honest, hardworking United Airlines employees who have religious or medical reasons not to receive the COVID-19 vaccine. United has refused to grant any accommodations and these employees are scared by United’s draconian mandate that forces them to either get the vaccine or lose their job. That’s unacceptable in America.”

Attorneys are arguing that the Civil Rights Act stipulates that United has to make reasonable accommodations for its employees, which may include requiring unvaccinated employees to undergo testing and wear masks. They point out that even the recent vaccine mandate issued by the Biden administration accepts testing as an alternative to getting the jab. In addition to some people having “sincere or religious objections” to the shot that are protected by the Civil Rights Act of 1964, some individuals with special medical conditions have notes from their doctors declaring that they should not get vaccinated.

The attorneys believe that the class action suit will ultimately involve around 2,000 employees, and it is seeking a temporary restraining order against the airline’s plan to place unvaccinated workers on six years of unpaid leave.

The airline has 67,000 U.S.-based employees, and they announced last month that 90 percent of their pilots and nearly 80 percent of their flight attendants had already received the vaccine. They said they plan to start termination proceedings soon against those employees who have not gotten the vaccine and have not been granted an exemption.