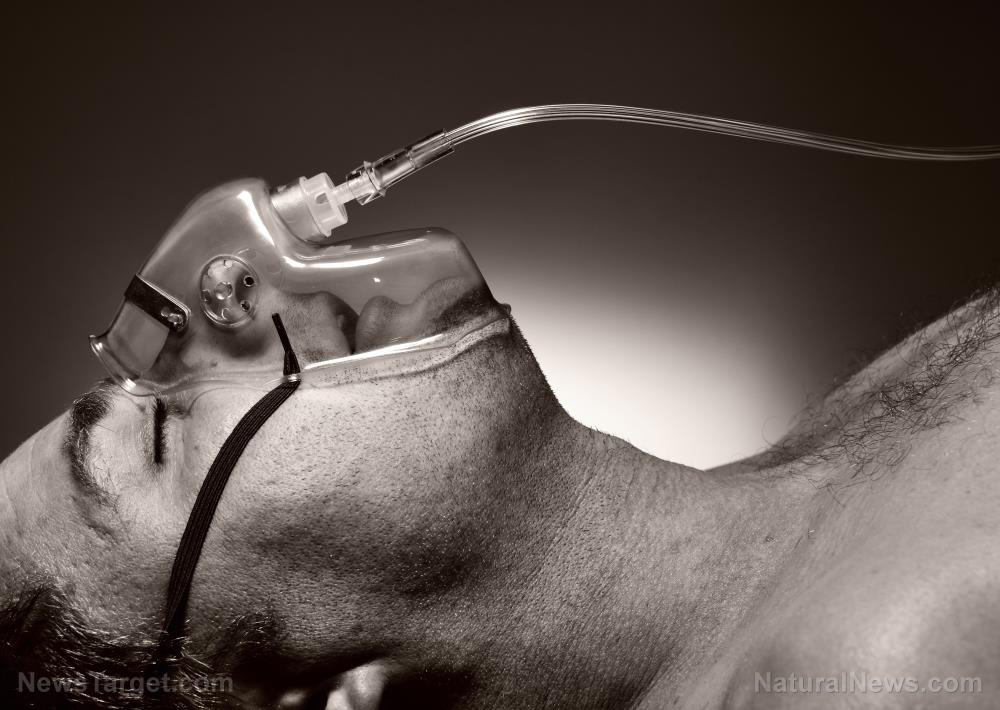 Veronica Wolski, a prominent health freedom advocate, was murdered by Catholic AMITA Health Resurrection Medical Center in Chicago after being admitted there recently for an illness.

Instead of giving Wolski ivermectin like she requested, the hospital forced her into its “covid protocols.” After realizing that these protocols would likely kill her, Wolski begged her friends and loved ones to get her out of there but that, too, was denied.

AMITA forced Wolski to stay admitted as a patient until she eventually died. Wolski probably would have lived had AMITA followed the law and granted her wishes via her power of attorney.

Wolski was perhaps best known for hanging banners from a bridge over the Kennedy expressway in Chicago encouraging people to reject mask mandates and dangerous gene therapy “vaccines” from the government.

“Her hospital stay, along with her death, inspired tremendous support by medical freedom advocates, who called for her to be given suitable treatments for recovery, but also mockery by those who charged her with ‘anti-vaccine disinformation,'” reported LifeSiteNews.

At some point around August 24 following her admission to the AMITA emergency room, Wolski was diagnosed with “covid pneumonia” even though an x-ray suggested that she had “possible chest congestion.”

Since hospitals receive large financial kickbacks for labeling patient illnesses as “covid,” AMITA clearly took advantage of this at Wolski’s expense. And after being declared a “covid patient,” Wolski essentially lost all of her health rights.

“Get me out, get me oxygen, get me medical transport, get security here if you have to, get me out,” Wolski began frantically texting Nancy Ross, her power of attorney, after realizing where things were headed at AMITA.

After Wolski’s power of attorney secured her an ivermectin prescription, AMITA’s “ethics committee” overruled it

Wolski was denied anything and everything by AMITA that could have realistically helped her live. Wolski was denied both ivermectin and IV vitamins, which greatly decreased her chances of survival.

While Ross was successful in securing an ivermectin prescription for Wolski, AMITA’s “ethics committee” ultimately overruled that prescription, leaving Wolski without the remedy she needed.

“We demanded a conference with the ethics committee,” Ross laments. “They met without us. They did not give us a chance to present what we felt was some solid case study on ivermectin and other medicines.”

Even though AMITA’s own admission documents recognize the fact that all patients have the right to refuse or request the medical treatments of their choice, Wolski was effectively denied hers by the hospital.

“We understand if we had informed consent on their position, we could refuse kindly, and say ‘Ok, but we still demand to try this. This is what she wants,’ but this right was somehow not recognized,” Ross says.

It was not just ivermectin that was withheld from Wolski, though. A review by the entire medical team that looked into the matter after Wolski’s death found that she was denied “so many options” that could have improved her clinical condition.

Sadly, this type of thing is not exclusive to AMITA. All across the country, patients are reporting similar refusal by medical staff to provide their remedies of choice, including ivermectin. Many of these patients end up dead after being placed on a ventilator, which is basically a death sentence.

To keep up with the latest news about patients who are being murdered by hospitals that refuse to administer ivermectin, be sure to check out Fascism.news.