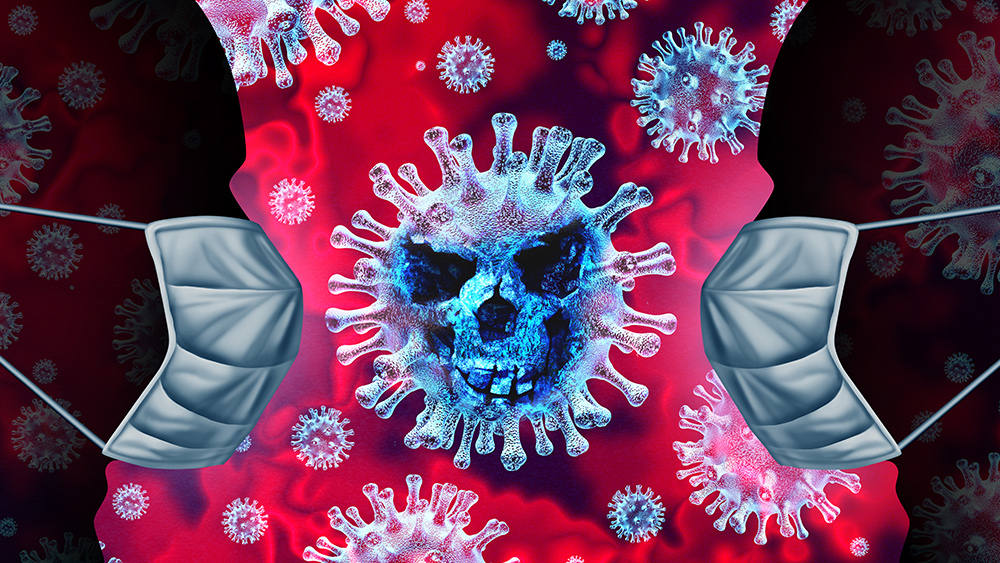 On May 15-16th, as part of the True Legends “Ancient Cataclysms and Coming Catastrophes” online conference organized by Steve Quayle at GenSix.com, I will be presenting a nearly three-hour talk entitled, “The Depopulation Trifecta: Coronavirus, vaccines and 5G.”

The series focuses on dire catastrophes that humanity may be facing right now or in the near future.

My own talk focuses on what I call the “trifecta” of assaults against humanity: The coronavirus, vaccines and 5G. These are indicative of biological weapons, chemical weapons and electromagnetic weapons, all formed and deployed against humanity in order to achieve the global depopulation that people like Bill Gates so desperately seek to achieve.

Here’s an overview of the sections of my talk:

– The beliefs of the globalists: What they are trying to achieve through depopulation. (Hint: Planet Earth is being prepared for a post-human era.)

– How we are already in a biological war launched by globalists to destroy human freedom and exterminate most of the human population. The coronavirus attack wave is just the first of many to come.

– The three weapons of extermination: Bioweapons, vaccines and 5G – How they synergistically function to both enslave and exterminate the human race through electromagnetic weapons, chemical weapons and biological weapons, all without resorting to nuclear weapons that would pollute the planet for all life forms.

– The three layers of collapse: Debt (finance), Health and Cognition – how the collapse is being engineered at these three levels to attack the body, the mind and the spirit.

– How the information war against humanity is being waged with censorship of natural cures, independent journalism and pro-human information, where online information gatekeepers are actively pursuing an anti-human, anti-life agenda that ends with the mass extermination of most humans living today.

Also in the presentation:

How to survive the culling of the human race:

– Nutritional strategies to protect yourself from 5G exposure (and save your brain).
– Strategic relocation to evade the high population density targets such as US cities.
– How to make yourself resilient against the planned, engineered food supply collapse.
– How to preserve your wealth and assets to survive a global debt reset.
– How to protect your health from the multiple waves of bioweapons that will be released.
– Which hard assets to acquire that will be the most resilient against global geopolitical collapse.
– How globalists will seize control over the internet and block all traffic to sites they don’t want you to read.
– The “Fourth Turning” revolution that’s coming to the world as middle class workers grow tired of being looted by the elite.

Streaming access is available at GenSix.com. A DVD set will is also available for pre-order. I am not compensated in any way for sales of streaming or DVDs, or anything else. I’m participating in this event out of respect for Steve Quayle’s mission to try to awaken humanity before it’s too late for us all.

Spread the word. This is going to be a must-see event to understand what we all face in the months ahead. Humanity has been targeted for termination, and most people have no clue what’s coming.