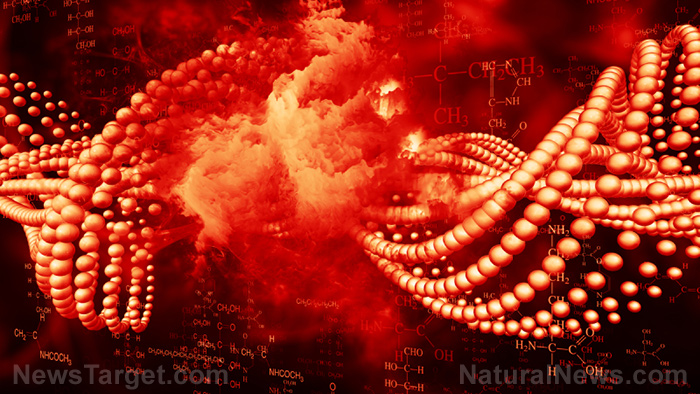 A Nevada man was shocked to learn that a bone marrow transplant he received actually changed his DNA and replaced it with that of his German donor.

Chris Long of Reno is currently in remission from acute myeloid leukemia. Three months after his bone marrow transplant operation, he discovered that the DNA in his blood had changed. Four years later, he also discovered parts of his tongue, cheeks and lips contained his donor’s DNA as well. His head and chest hair were the only parts not affected. Perhaps even more concerningly, all of the DNA in his semen actually belonged to his donor.

This means he’s actually a chimera, as he has two sets of DNA.

Long works at the Washoe County Sheriff’s Department, where his colleagues couldn’t believe that he could essentially disappear and someone else could take his place, so to speak. Although one colleague had encouraged him to test his blood to see what changes might occur, the extent of it was surprising.

A criminalist at the sheriff’s office, Darby Stienmetz, was quoted by the New York Times as saying, “We were kind of shocked that Chris was no longer present at all.”

Although the procedure is said not to change a person’s personality, there can be a lot of repercussions of having your DNA change. In fact, some criminal cases have already been affected by this phenomenon.

For example, when a DNA profile that was extracted from semen involved in a sexual assault matched a potential suspect in a criminal DNA database in Alaska in 2004, it was traced to a man who was actually in prison at the time the assault took place. It was discovered that the man had received a bone marrow transplant from his brother, who was eventually convicted of the crime.

In another case, police investigators had been skeptical of a sexual assault victim because she claimed she had been attacked by one man but the DNA analysis showed there were two; it was later discovered the second profile was that of her bone marrow donor.

When you consider the fact that tens of thousands of individuals undergo such transplants each year for leukemia, sickle cell anemia, lymphoma, and blood cancers, there is a lot of possibility for things to go wrong. Any of these people could commit a crime – or be the victim of one – and there could be some life-changing confusion if DNA tests are relied upon.

Long’s case was presented at an international conference for forensic science this fall. Criminal investigators generally work on the assumption that victims and perpetrators leave behind a single DNA code through which they can be identified, and yet these people actually have two, and one could well belong to someone who had no involvement in the incident.

And it’s not just bone marrow transplants that we need to be concerned about. For example, we know that aborted human fetal tissue is used in vaccines; could this change the DNA of the people receiving the vaccines?

There’s also the question of what would happen if someone like Long had a baby; would his children get the genes of his German donor?

Although Long is very grateful to have received the donation and plans to travel to Germany to thank his donor in person, this story raises a lot of interesting questions about DNA and human identity.