Autistic child kidnapped by state ends up in CPS system before being trafficked – are they trying to “disappear” all vaccine damaged children? 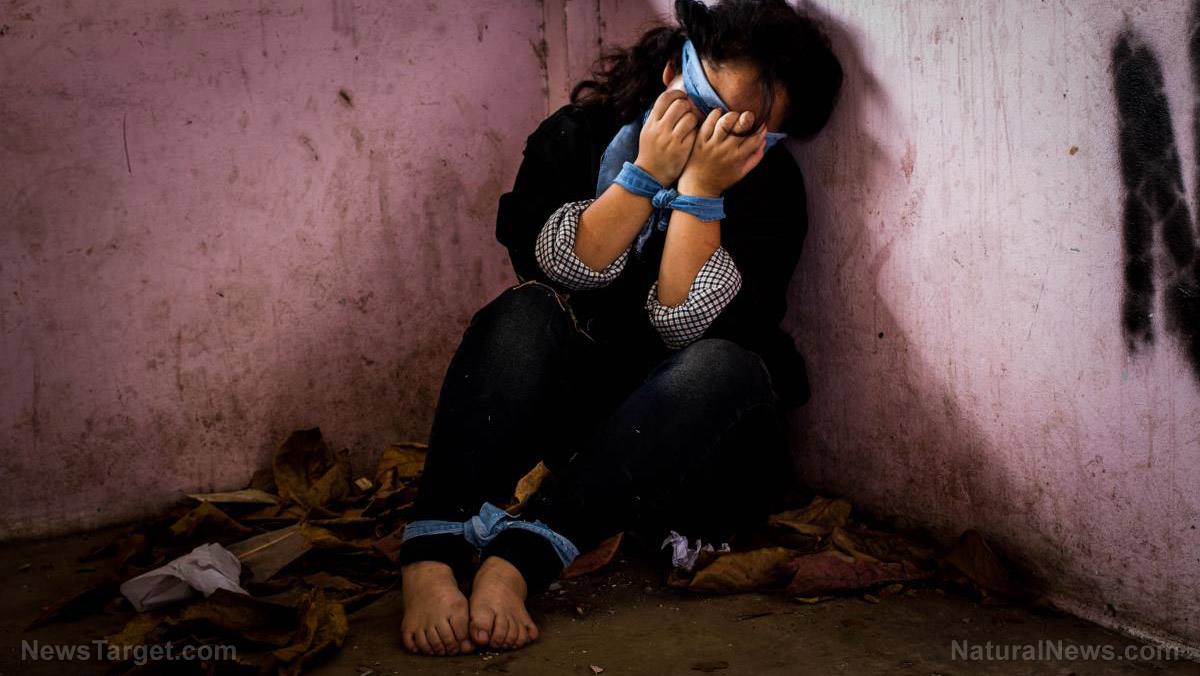 Despite all of their manufactured outrage over the illegal alien children that are allegedly being “separated” from their families and held in detention “cages” at the southern border, liberals are hypocritically nowhere to be found in standing up for the many American families that continue to be separated and torn apart by the corrupt Child Protective Services (CPS) system.

Cynthia Abcug is one such American who hasn’t seen her son Michael in more than two months, and currently has no idea where he is or even who’s taking care of him at this point. That’s because CPS came and abducted Michael, separating him from his flesh and blood, and sent him to some unknown foster family – all based on CPS’ false accusations that Michael’s mother Cynthia had somehow misdiagnosed her child as having autism.

During a recent episode of The Campaign Show, Patrick Howley spoke with Cynthia, who explained to him that CPS not only kidnapped her child based on these unsubstantiated claims, but also proceeded to give her a false case number in order to conceal young Michael’s true whereabouts now that he’s out of her care.

Cynthia says that she recently received an anonymous email containing what would appear to be Michael’s real case number, revealing that the boy is scheduled to visit Disney World in Orlando, Florida, from August 3-10 with his unknown guardians. But she still doesn’t know who these guardians are, or where Michael is currently living, nor does she know the state of his health and well-being as she’s being left completely in the dark by CPS.

“That was the closest that I was able to get to locate his whereabouts,” Cynthia stated about the anonymous tip she received, which appears to be from an insider source with access to juvenile cases in Douglas County, Colorado, where she currently lives. “We still don’t know where he’s at, or if that’s true, but that is a signed judge’s order that I sent to you.”

“I still don’t know who he’s with,” she added. “I’m not sure who’s taking him (to Disney World). We don’t know who it is that he’s with. But somebody is going to be attempting – supposedly, again, because there’s been a plethora of lies and false documents in my case – but somebody is apparently attempting to take him to Disney World on August 3.”

For more related news, be sure to check out Tyranny.news.

When Michael was first abducted by CPS agents, they apparently left a note on Cynthia’s table that stated “possible misrepresentation of medical issues” – the autism diagnosis the boy was given having apparently come not long after he was vaccinated. But this paper appears to be fraudulent, and Cynthia isn’t convinced that it actually came from a lawful judge’s order – meaning Michael was basically kidnapped by the medical police state.

“”The only paper that I’ve received as to why he was removed, that they left on my kitchen table when they took him, said ‘possible misrepresentation of medical issues,'” Cynthia explained during the interview. “The court removal paper was not even a paper that was, I don’t even think that was a lawful order, that was stamped incorrectly.”

CPS also tried to falsify Cynthia’s drug record to make her look like an irresponsible and incapable mother, even though she has no history of charges pertaining to drug abuse.

“So I have no history of drug abuse, no history of charges, no history of abuse, complete loving home,” Cynthia says. “There was an attempt to falsify my drug record, my drug test, there’s just been a lot of railroading going on. So nobody has seen him or spoken to him.”

It would appear as though CPS separated young Michael from his loving family simply because he represents yet another potential case of vaccine-induced autism, which the medical police state wants to conceal from the public. There’s really no other reason why he was taken, except to possibly be sex trafficked, which is also an endemic problem within the corrupt CPS system.

“These are documents that are uploaded by the Department of Human Services into this particular case number that I was given as a tip, that has his name on it … but my attorney still cannot access any paper case file and cannot access the complete file, but he can only see documents that have been uploaded through the clerk of circuit courts.,” Cynthia went on to explain about the strange circumstances surrounding her son’s abduction by CPS.

“And this evidently was a hearing that was done without my attorney or myself or anybody involved. So it was done [as] another secret hearing or another secret sneak around us kind of way to do whatever they’re doing to take him to Disney World,” she contends.

“Separating parents from kids, but no cries from AOC and her progressive ilk,” wrote one Big League Politics commenter about the situation. “If only they were illegal aliens.”

You can keep up with the latest news on this case by following the updates at Cynthia’s personal Twitter page.