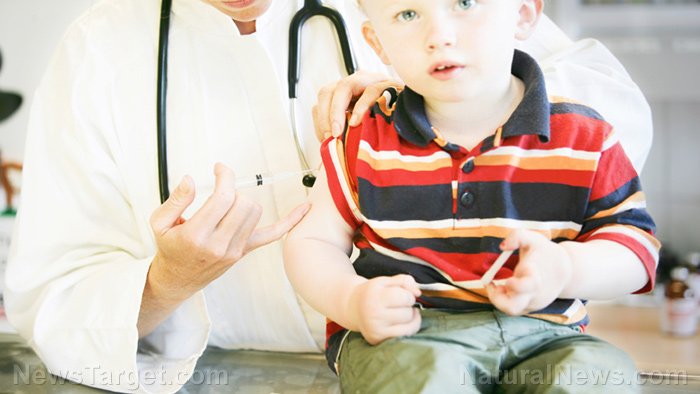 Children with autism spectrum disorder exhibited higher levels of several toxic heavy metals — such as lead, thallium and tin as well as mercury and cadmium — compared with their healthier peers, according to a study published in the journal Biological Trace Element Research. As part of the study, a team of researchers at the Arizona State University compared blood and urine samples of 55 children with autism aged five to 16 years against 44 healthy children of the same age and gender.

In addition, the researchers conducted a statistical analysis to determine whether the levels of toxic metals coincide with the severity of autism in children. The research team used three various autism severity scales in the analysis. The experts found that 38 to 47 percent of the variation in disease severity were correlated to the levels of toxic metals present. The research team also noted that heavy metals such as mercury and cadmium were strongly associated with autism severity.

The nonprofit organizations Autism Research Institute and the Legacy Foundation funded the study.

The recent findings add to the mounting evidence linking heavy metals and autism in children. An analysis conducted by the the University of Northern Iowa revealed that 43 out of 58 scientific reports demonstrated a potential connection between heavy metals and the onset of autism in children. The research team also noted several statistical errors in the studies, and conducted a re-analysis to rule out the discrepancies. The re-analysis showed that children with autism indeed had higher levels of heavy metals in their body.

In another study, infant macaque monkeys that received vaccines similar to the 1990s pediatric vaccine schedule showed amygdala dysfunction compared to the un-vaccinated monkeys. Previous studies have found a link between amygdala dysfunction and autism onset. The results of both studies were published in the journal Acta Neurobiologiae Experimentalis.

“The rapid increase in autism cannot be explained solely by changes in diagnostic practices and awareness. We must look at what babies and pregnant women are being exposed to that has created this epidemic and take immediate steps to protect our children from these hazardous substances…While we wait for the government to act, the public can take steps to limit their exposures to toxicants which can alter fetal and infant development leading to developmental disabilities like autism. The public can refuse vaccines made with mercury, can make choices for their child’s vaccine schedule, and can create homes that are largely mercury-free,” said Sallie Bernard, president of the nonprofit SafeMinds.

Two studies published in the journal Metabolic Brain Disease confirmed that mercury was associated with autism severity. To carry out the research, health experts examined 100 children and found that those with autism had significantly higher levels of mercury compared with their siblings and their healthier peers. The research team also found that children with the highest mercury levels displayed the most severe symptoms of autism.