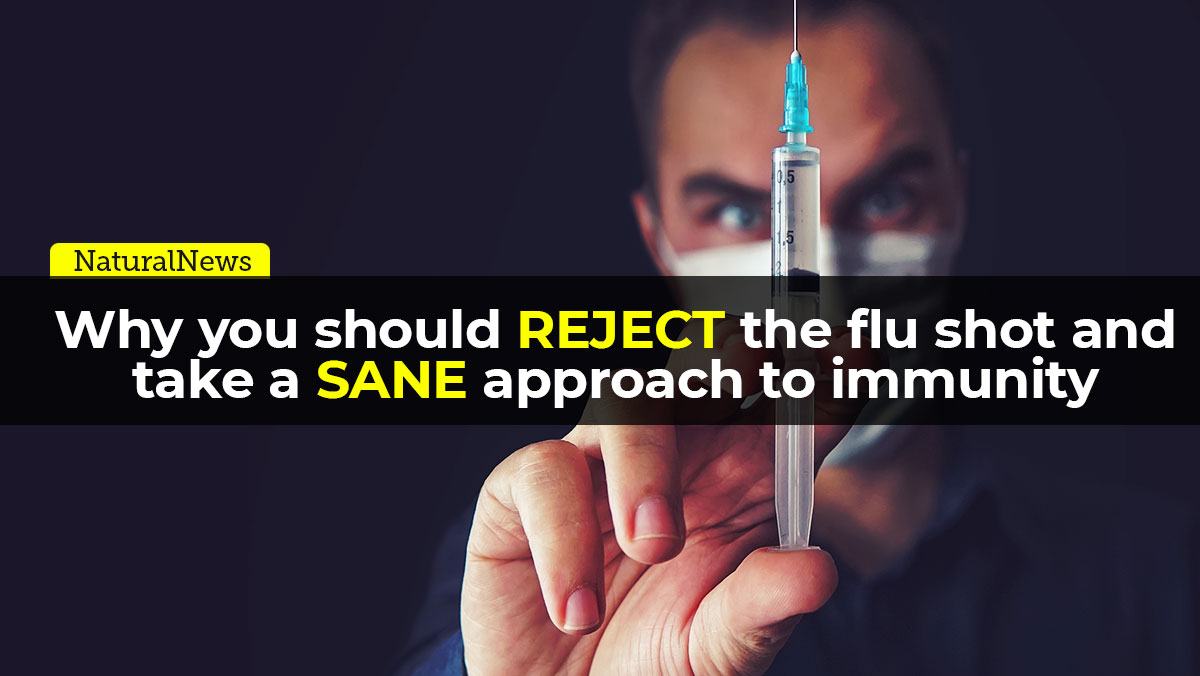 Bullies and charlatans are everywhere these days. You can find them on the playgrounds, the internet, and even in your own home. They push you around, tell you fictional stories that never really happened, and believe in their lies like they are the God-given truth. Nowhere is this more prevalent than in a conventional doctor’s office during flu season.

But you have wised up, right? You’re not playing their “do as you’re told” game, because you have educated yourself enough to ask intelligent questions and are brave enough to confront your doctor on the subject, even if it makes your knees shake. After all, it’s YOU that has to deal with the potential repercussions, whereas the doctor just walks away with more dirty money lining his pocket, while claiming ignorance to any potential injury you may sustain.

However, in case you’re still not sure if you should reject the flu shot, consider these three reasons why you should, along with some bonafide ways to improve immunity and get over the flu, naturally.

The first debate is whether the flu shots actually even work. There’s plenty of anecdotal evidence that it “works” for some and not for others, and those results can vary from year to year. However, the first piece of damning evidence comes from several statements made on the Flulaval vaccine insert itself. These warnings include:

“There have been no controlled trials adequately demonstrating a decrease in influenza disease after vaccination with Flulaval.”

“Safety and effectiveness of Flulaval have not been established in pregnant women, nursing mothers or children.”

“Safety and effectiveness of Flulaval in pediatric patients have not been established.”

“Flulaval has not been evaluated for carcinogenic or mutagenic potential, or for impairment of fertility.”

Is your fear of the flu, or your doctor, still enough to make you ignore these warnings on the product itself?

If you’re still thinking about it, consider that the U.S. Centers for Disease Control and Prevention, which gauges the vaccine’s protective ability, has found that the flu vaccine reduces risk of flu by 40-60 percent when it is used during seasons where the circulating virus is well matched to flu vaccine. In other words, IF they GUESS the strain correctly, you still only have a median 50-50 chance of being protected from the flu.

Flu shots are a dangerous cocktail of toxic ingredients

Again, you don’t have to really guess what is in the flu vaccine if you are able to read the actual insert. Along with some other questionable ingredients, the flu shot has been documented to contain aluminum, antibiotics, egg protein, formaldehyde, monosodium glutamate (MSG), and thimerosal, a mercury containing chemical compound.

Being injected (bypassing many detoxification pathways) with any of these ingredients is horrid, but thimerosal is indeed the worst, with half of its makeup being mercury. So in the case of Flulaval, each 0.5 ml dose contains 50 mcg of thimerosal, or approximately 25 mcg of mercury. Given mercury is one of the most dangerous toxins to the human body on the planet, this is VERY concerning.

But it gets worse…as noted by Healing the Body:

“Tests conducted via ICP-MS using a 4-point mercury calibration curve for accuracy, found that there were 51,000 parts per billion of mercury in the Flulaval vaccine, which is 25,000 times the maximum contaminant level of inorganic mercury allowed in drinking water, according to the limit set by the EPA.”

This makes mercury in tuna laughable in comparison, with 250 ppb typically found in this fish. That makes the flu shot 100 times more dangerous, and arguably more traumatic since you are presumably not injecting tuna directly into your bloodstream for lunch.

Flu shots have documented side effects

More transparency on the Flulaval vaccine insert shows a list of side effects reported by actual users. Are these worth risking, for a 50-50 chance you might avoid the flu?

And that is the short list! How could anyone classify “medicine” as something that would cause these types of symptoms?

For more information on the side effects of vaccines, visit Immunization.news.

The SANE way to support your immune system

Perhaps you don’t know of the risk-free, tried and true, lifestyle habits that create REAL immunity from biological warfare. Things like avoiding sugar, alcohol, dairy, and gluten, and taking in pure water, clean produce, vitamin C, vitamin D, medicinal mushrooms, and probiotics. This is just a short list but for more details on what works well for building the immune system, read 7 Ways To Strengthen Your Immune System Naturally.

You can also create a daily “flu shot” that is sure to support your immune system, which I call the Total Body Tonic. Simply mix together all the ingredients below, and put it down the hatch (for best results, use suggested products)! 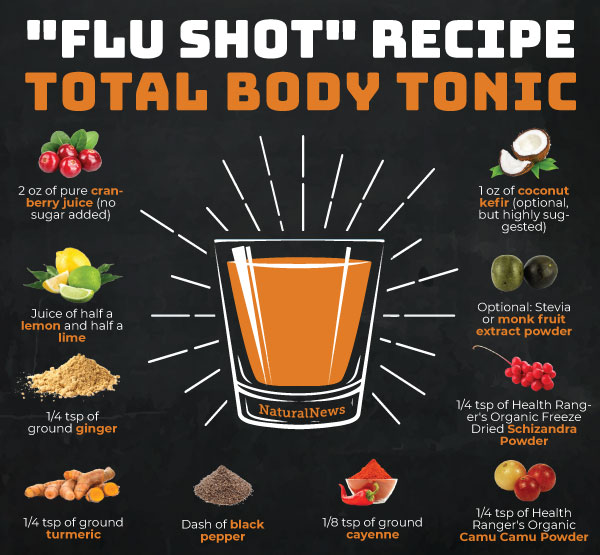 Now don’t you feel better that you can enjoy good food and drink, and not be poked with a toxic needle, to master your immunity this flu season? I know you do. You’re welcome.