China orders its state-run media to delete all articles and images about an exploding vaccine scandal… sound familiar? 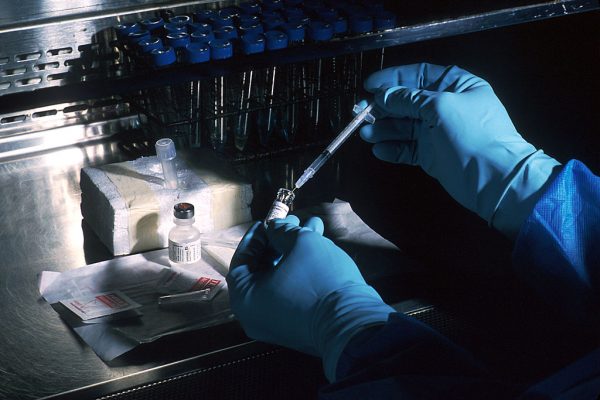 A Chinese vaccine maker has been fabricating records and pumping out defective vaccines. All production has been halted at Changchun Changsheng Biotechnology, China’s second largest rabies vaccine maker. After an inspection, regulators found fabricated safety records for a series of rabies vaccines. The vaccine maker has also halted production of vaccines for diphtheria, tetanus and pertussis (DTP) because the batches are not up to standards. China’s Food and Drug Administration (CFDA) has launched an investigation into Changchun Changsheng Biotechnology. At least 250,000 doses of the questionable vaccine had made their way to the eastern province of Shandong, impacting children. The news about defective vaccines is getting around in China, especially online at WeChat.

Trying to keep their people allegiant to vaccine dogma, China’s state broadcaster, CCTV, has been working overtime reassuring the public that vaccines are 100 percent safe and effective. CCTV has been constantly airing professionals, trying to reassure parents that the questionable vaccines have not made their way to Beijing, Guangdong, or Sichuan. Anxiety has risen since, because local regulators overseeing the factory have not answered journalists’ calls.

With communist power on their side, vaccine industry propagandists are using the state-controlled media and a variety of censorship tactics to suppress online articles that dare speak the truth about vaccine dangers. Improper storage, transport and sale of expired vaccines can cause health problems, but these concerns are being censored. In 2016, millions of dollars’ worth of expired vaccines was sold in Shandong, but articles about this subject are disappearing.

The vaccine brainwashing is more severe in the U.S.

This concerted effort to “educate” people on the “necessity” of vaccines is also prevalent in the United States. Wholly devoted to the vaccine industry, social media sites such as Facebook are quick to censor content that questions the composition, validity, or safety of vaccines. In their crusade against “fake news,” Facebook is prioritizing articles that support vaccines while making it harder to access and share articles that call vaccines into question. Even though the Department of Health and Human Services (HHS) admits there are no records of vaccine safety on file (which is a lawful requirement of the 1986 Vaccine Injury Compensation Act), the Western media asserts that all vaccines are safe and effective. The HHS was initially required to send a report to Congress every two years detailing the safety of vaccines, but that never happened over a span of thirty-two years.

With no regulatory oversight for three decades and with immunity from liability, the vaccine industry has been given a license to kill. The pharmaceutically-funded media of the West covers up the tens of thousands of vaccine adverse events that are reported to the government every year, which represent about one percent of the total cases of vaccine damage. Some of the damages inflicted by vaccines include autism, autoimmune issues, and death, but the media continues to delete this conversation from the news, deriding it as debunked conspiracy theory or “fake news.”

The censorship in China is no different than the censorship in the U.S.A. In many ways, the lack of oversight for vaccine makers is worse in the U.S., and the purge of truthful information on Facebook using the Associated Press, algorithms, and AI is more appalling.

For more on the real science behind vaccines, visit Vaccines.News or Censorship.News.