U.S. government statistics reveal that the flu vaccine is the most dangerous vaccine in America 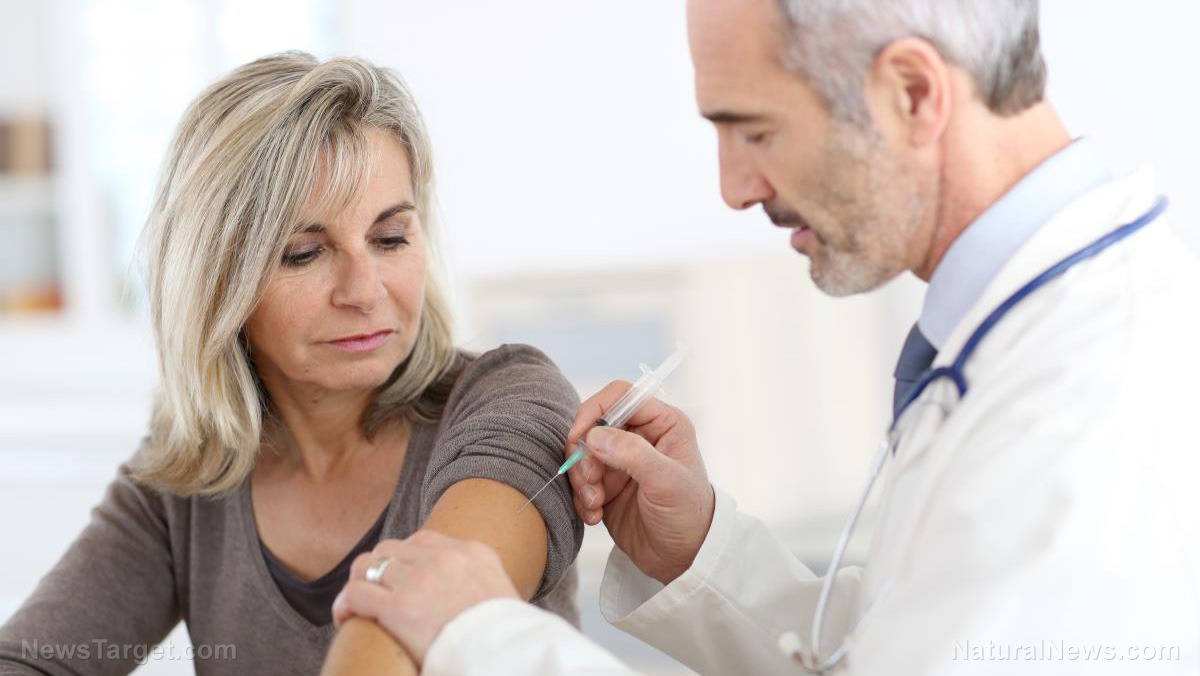 Even the bestselling flu vaccine is only the fifth most popular vaccine in the United States. Prevnar, the vaccine used to prevent infection caused by pneumococcal bacteria; Gardasil, which supposedly prevents cervical cancer; PENTAct-HIB, given to tiny infants to stave off diphtheria, tetanus, pertussis, hepatitis B, poliomyelitis, and Haemophilus influenzae type b; and Infanrix/Pediarix, a vaccine indicated for active immunization against diphtheria, tetanus, pertussis, infection caused by all known subtypes of hepatitis B virus, and poliomyelitis; are all far more popular than the flu vaccine.

Nonetheless, a report released in 2013 by the Department of Justice, shows that more than half of all claims settled by the National Vaccine Injury Compensation Program, also known as the Vaccine Court, were for injuries caused by the influenza vaccine.

The greatest number of injuries by far that were reported as a result of the flu vaccine were for Guillain-Barré Syndrome, or GBS, a condition which the National Institute of Neurological Disorders and Stroke describes as follows:

Guillain-Barré syndrome (GBS) is a disorder in which the body’s immune system attacks part of the peripheral nervous system. The first symptoms of this disorder include varying degrees of weakness or tingling sensations in the legs. In many instances the symmetrical weakness and abnormal sensations spread to the arms and upper body. These symptoms can increase in intensity until certain muscles cannot be used at all and, when severe, the person is almost totally paralyzed. In these cases the disorder is life threatening – potentially interfering with breathing and, at times, with blood pressure or heart rate – and is considered a medical emergency. Such an individual is often put on a ventilator to assist with breathing and is watched closely for problems such as an abnormal heart beat, infections, blood clots, and high or low blood pressure. Most individuals, however, have good recovery from even the most severe cases of Guillain-Barré syndrome, although some continue to have a certain degree of weakness.

U.S. government statistics reveal that the flu vaccine is the most dangerous vaccine in America

The flu vaccine: a toxic recipe for disaster

To the uninformed it might seem shocking that a medical procedure considered safe by the mainstream medical community could cause such serious health problems. When one considers the flu vaccine’s ingredients and adjuvants, however, it becomes totally understandable.

For one thing, the flu vaccine contains 25,000 times more mercury than is legally allowed in water. For another, statistics confirm that vaccinated people are actually more susceptible to the flu and often get more ill than those who focus on building up their own body’s immune system.

Reports like these raise many issues. For example, considering the severity of the reactions and conditions linked to the flu vaccine in just a three-month period, and remembering that very few adverse vaccine reactions are ever reported, why is the mainstream media not shouting this information from the rooftops? Why is there virtually total media silence when it comes to the dangers of vaccines in general? Why are we not given this information when we choose to vaccinate ourselves and our children with these potentially deadly vaccines?

To learn more about the dangers and side effects of vaccines, visit Vaccines.news.