Richard Pan, now pushing law to criminalize vaccine debate in California, is a paid puppet of the pharmaceutical industry 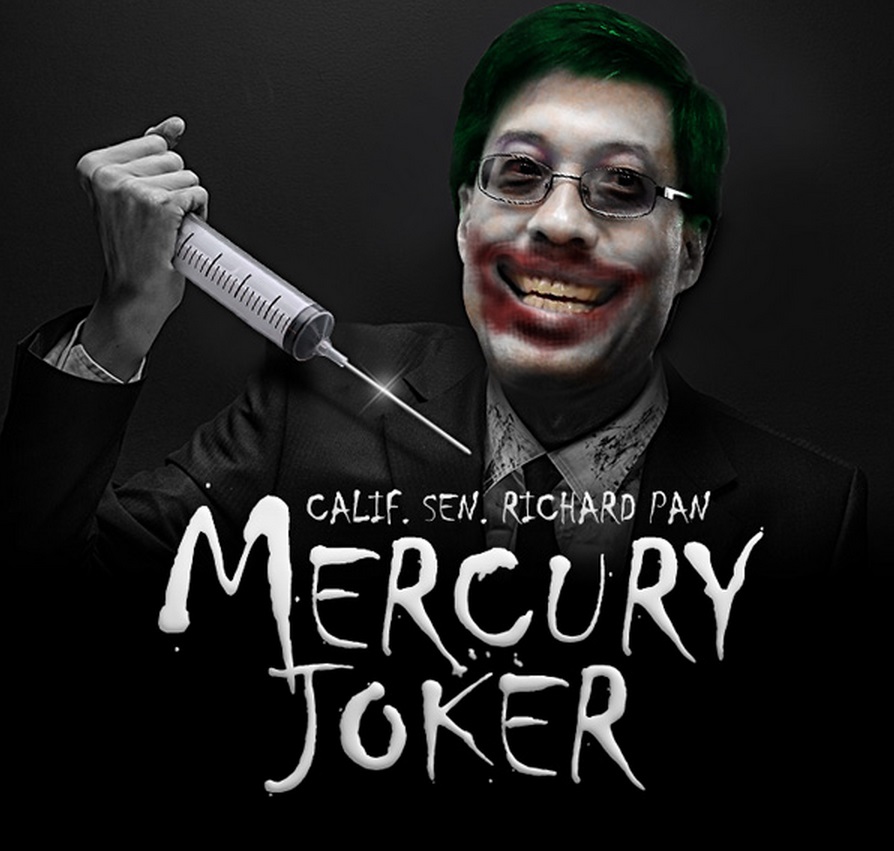 Vaccine-obsessed psychopath Richard Pan, a Democrat from California’s 6th Senate District, isn’t content just with eliminating the rights of Californians to opt out of “mandatory” vaccinations on religious and philosophical grounds. He’s now busy trying to pass new Orwellian legislation that would completely abolish all free speech online in California, including free speech pertaining to the dangers of vaccines.

The so-called “Online False Information Act,” created by Pan, would require that anyone in California who publishes news on the internet – including news about vaccines – first pass it through a “fact-checking” service that would supposedly determine whether or not it’s “real” and “acceptable” for public consumption. Any information deemed “fake” would be tagged as such in accordance with the bill’s ministry of propaganda verbiage.

Filed as Senate Bill 1424, Pan’s legislation clearly states that it will:

“… require any person who operates a social media, as defined, Internet Web site with a physical presence in California to develop a strategic plan to verify news stories shared on its Web site.”

It adds that the overall purpose of the bill is:

It’s like a page taken straight from the book 1984, and unfortunately it doesn’t stop there. Pan’s colleague, Senator Hannah Beth Jackson, a Democrat from Santa Barbara, is pushing her own authoritarian legislation that would instruct California public schools to teach students about how to spot “fake news.”

Known as Senate Bill 947, this companion legislation to Pan’s aims to brainwash California’s youngest residents into believing that all information not officially rubber-stamped by the government is automatically “fake,” and should thus be rejected. It’s a Utopian dream for people like Pan, who hope to completely eliminate all opposition to their deep state agendas.

“Sen. Pan believes the state must have direct control of key sectors, manipulate mainstream news coverage, and keep truly independent journalism on the margins of the information landscape,” writes Katy Grimes for the Canada Free Press. “The news he disagrees with is ‘fake.'”

The amoral actions of this vaccine-loving lunatic really aren’t all that surprising, seeing as how Pan has accepted a whole lot of special interest cash in exchange for his dirty work.

As reported by the Sacramento Bee, Pan’s previous Senate Bill 277, the one that eliminated personal belief and religious exemptions from public school vaccine mandates, was greased along by Pan’s treasonous acceptance of cash from the vaccine industry, which collectively doled out more than $2 million to the current members of the California legislature just during the 2013-2014 session.

Pan was reportedly the biggest recipient, having taken $95,000 from Big Vaccine that year in order to push for SB 277, his own pet bill, to pass. The pharmaceutical industry also contributed to the effort, having spent nearly $3 million that same legislative session to force more deadly vaccines on California’s public school children.

“California is rapidly collapsing into an authoritarian medical police state run by insane, power-hungry left-wing bureaucrats who fleece their own citizens while handing out hundreds of billions of dollars worth of entitlements to illegals in order to win votes and stay in power,” comments Mike Adams, the Health Ranger, about this ongoing crusade against free speech and the right to choose one’s own medicine without coercion.

Corrupt sellouts like Richard Pan won’t stop selling Californians down the river until they forcibly stop him. You can keep up with Pan’s latest vaccine shenanigans by visiting RichardPan.news.