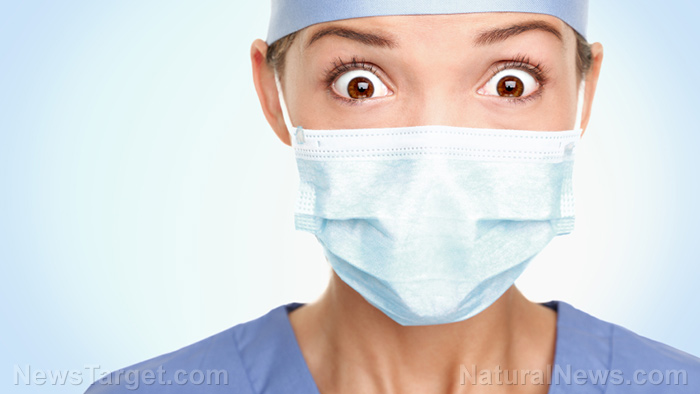 Most of us have to do things we’d rather not for our jobs once in a while. Whether it’s smiling in the face of a boss or customer we vehemently disagree with or participating in boring conference calls, we chalk it up to being “part of the job” and appreciate the fact that we’re employed in the first place.

However, for those in the healthcare industry, unpleasant job duties can take a far more serious turn in the form of mandatory vaccines. Every year, nurses across the U.S. are forced to get a flu vaccine as part of their job. Eighteen states require it, and many healthcare systems and employers do as well. Many of these nurses are rightfully outraged at the idea of having to get a shot that even the CDC has admitted is not always effective and does not provide extra protection to hospital patients.

According to publically available information, hospital systems must reach or exceed a 90 percent flu shot reception rate with their staff members or risk losing as much as two percent of their Medicare/Medicaid funding! Those who refuse could lose their job, which is not just a human rights violation but also an Equal Employment Opportunity violation.

It’s not just one or two nurses who want to give their employers a hard time; there are thousands of workers who simply don’t want to take on the many risks of the vaccine for so little potential reward. In fact, more than 22,000 nurses have banded together to organize against this practice as part of a group called Nurses Against Mandatory Vaccines (NAMV).

The group was founded in response to the introduction of mandatory vaccines in the workplace. Some people assume the group is staunchly anti-vaccine, but they prefer to think of themselves as being pro-choice on the matter; they think everyone should have the right to make their own decision regarding medical treatment and refuse it as they see fit.

The group believes that rather than being concerned with patient safety as claimed, these policies are really aimed at bringing in more funding for the Big Pharma companies producing the vaccines. It’s their way of getting some guaranteed customers after studies like the one printed in PLOS One earlier this year showed that the research used by the healthcare industry to justify their flu shot mandates is overstated.

Nurses fired for not getting vaccines

NAMV has been advising healthcare workers on how to work around the unfair rule, such as by getting a religious exemption. Those who can keep their jobs by wearing a mask instead of getting the vaccine might consider writing a message about why they’re wearing it directly on the mask for others to see. They suggest those facing termination drag out their interactions with administration and try stalling. Those who are forced to sign agreements can try tactics like crossing out the parts they don’t agree with or writing “under duress” next to their signatures.

Although they’ve faced some criticism from those who think they are not keeping their patients’ best interests at heart, meta-analyses by the CDC and WHO have not found any statistically significant evidence these vaccines protect patients.

Employers are all too willing to follow through and fire healthcare workers who don’t follow the mandate. Just a week ago, the Essentia Health hospital and clinic chain in the upper Midwest fired 50 workers for failing to comply with their flu shot requirement.

These are highly educated people who know a great deal about medicine, and they are so steadfastly opposed to getting injected with the flu vaccine that it should give everyone pause. If they’d rather lose their job – one that they likely paid tens of thousands of dollars to qualify for and spent countless hours studying to get –than get these shots, why are people still lining up to get them?