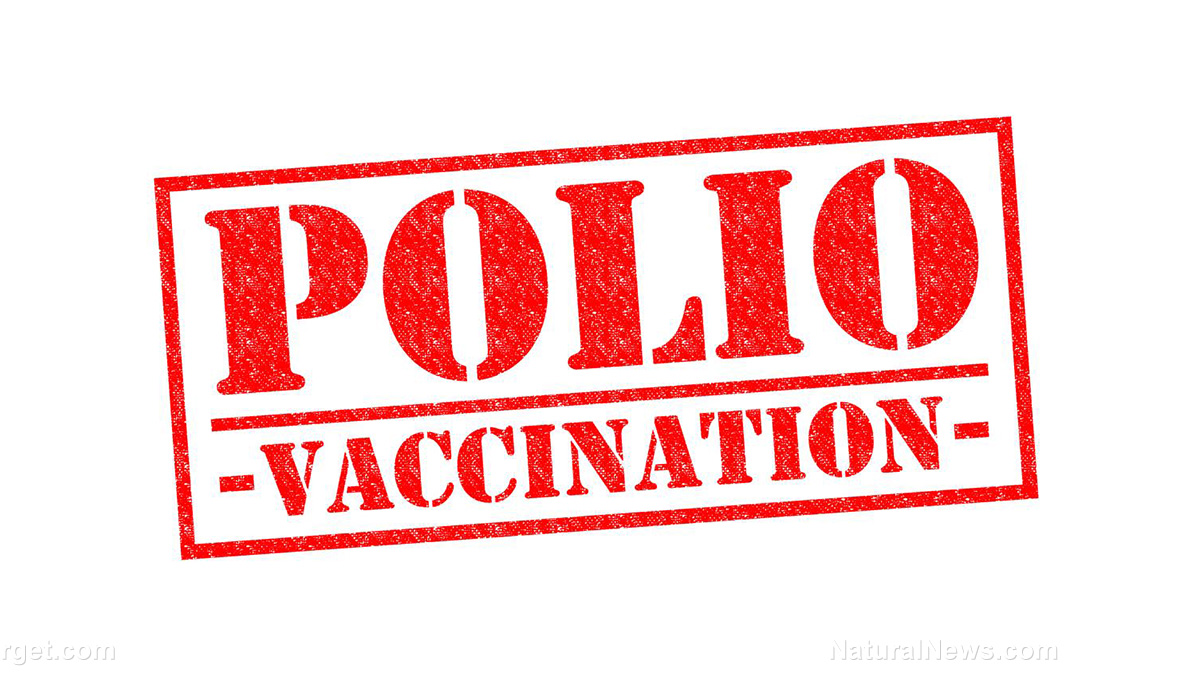 While the wild polio virus has became rare throughout the world, Adams explains that some vaccines aren’t fully attenuated/weakened, which means some doses contain the live virus. This can result in polio infections in a small percentage of those who get inoculated in a mass-vaccination scenario. Against that backdrop, the medical establishment recently responded to a small polio outbreak in Syria by implementing across-the-board vaccinations. In that country, about 355,000 kids  subsequently received the polio vaccine.

If one out of a thousand children catches polio from a polio vaccine, then didn’t they just create 355 more children with polio? Yes, they did. And that will be reported as an outbreak, and someone will call for the World Health Organization or UNICEF to come in and vaccinate a million children…the vaccines are the continuation of the disease that they claim to stop.

Adams also points out that vaccines generally contain toxic ingredients as well as human fetal tissue. The Natural News website contains numerous articles outlining the efficacy, or lack thereof, of vaccines, along with their ingredients and side effects.

As Natural News explained last month about Syria and other impacted nations, it seems illogical to vaccinate hundreds of thousands of kids (or more) as a disease-prevention strategy when the vaccine itself seems to be the cause of the disease. Polio tends to spread in countries with poor sanitation and then minimizing when clean water and related systemic improvements in hygiene come on line.

In 2014, Mike Adams reported that the World Health Organization was claiming that polio constituted a global health emergency, even though a total of 68 cases were mostly found in Pakistan. He maintained that the Big Pharma controls the WHO and therefore had a financial stake in cajoling governments, including ours, “into stockpiling vaccines they’ll never use.” (Related: Read more about the Big Pharma agenda at Vaccines.news.)

Similarly, Natural News has been reporting for a decade that mumps seems to appear among children who have already received the mumps vaccine. In an article published this week, the New York Times acknowledged that mumps is making a comeback in the U.S., particularly among the highly vaccinated population, i.e., those who received two doses of the mumps vaccine in their childhood. According to one medical official cited  by the Times, one strategy for a mumps outbreak is to administer a third dose of the vaccine.

“The New York Times is now confirming that Natural News has been right all along about the real cause of mumps outbreaks in America,” Mike Adams declared.

Watch the Mike Adams video below.