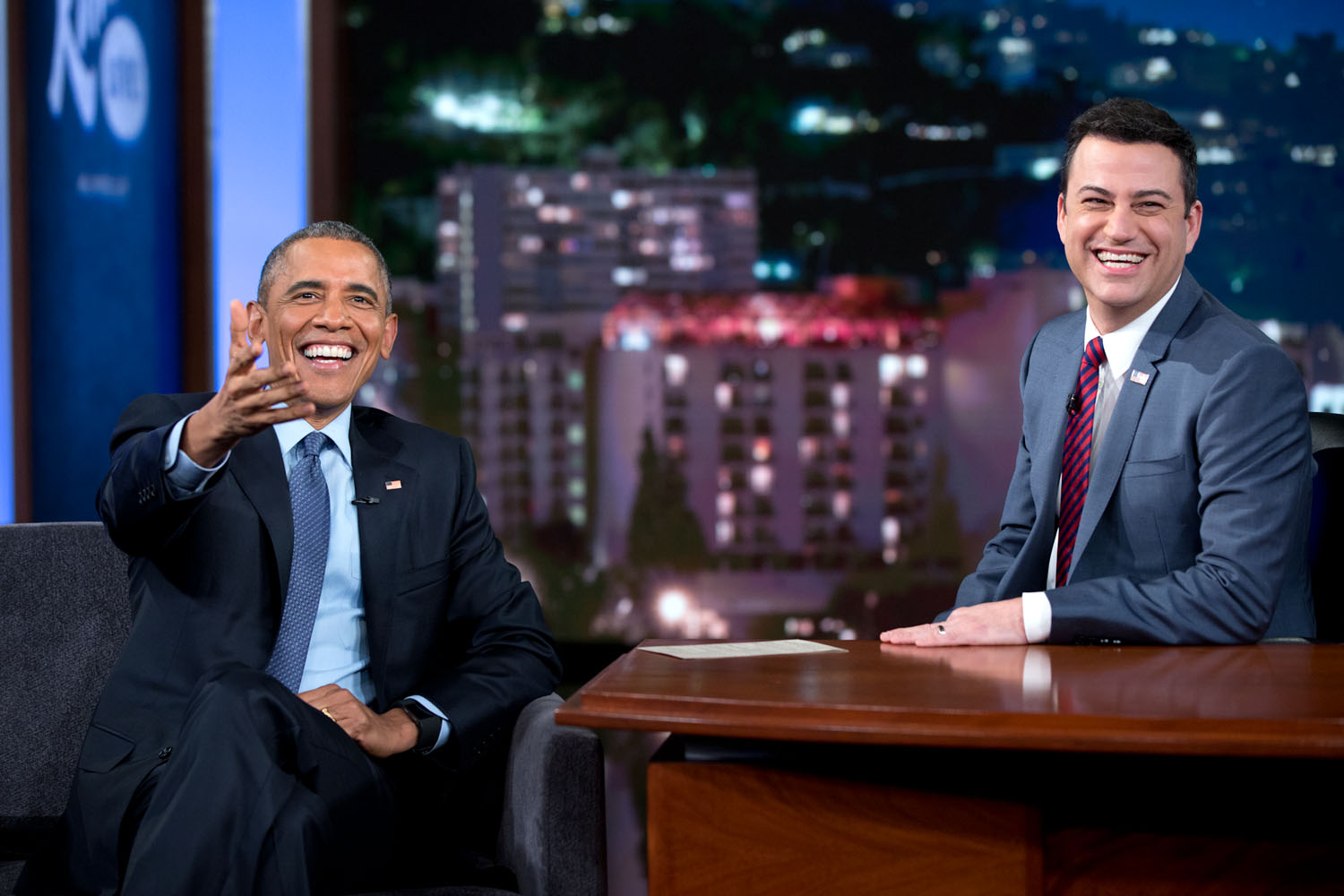 Jimmy Kimmel thinks he’s funny and unfortunately, so do far too many Americans. But the longer he does late-night TV and the more people get to know him, the less they like him.

Kimmel, a typical Hollywood liberal who, like his famous friends and associates, claims to have cornered the market on “compassion.” But for Kimmel, it’s getting harder and harder to believe his sincerity, based on a couple of recent acts.

As reported by Lifezette, it’s also become obvious that Kimmel has thin skin and no ability to take what he himself dishes out to others. After Republican leaders in the Senate introduced new legislation that would repeal parts of Obamacare and send most of the tax money collected under the law to states in the form of block grants, Kimmel used the opening monologue of a recent show to criticize the effort.

That in and of itself is nothing new; nothing Republicans do is acceptable to Hollywood Leftists. But then Kimmel took his criticism a step further.

One of the authors and co-sponsors of the legislation, Sen. Bill Cassidy of Louisiana, said Kimmel did not fully “understand” the bill (which is no doubt true because I’m guessing Kimmel hasn’t read it and is getting his ‘information’ about the bill from Democrats who are opposed to it).

Kimmel went on a tirade in which he criticized every aspect of the bill, essentially, and claimed the same things that every liberal always claims about Republican-sponsored healthcare legislation. Never mind that Obamacare has made health insurance coverage prohibitively expensive while raising costs of actual care Americans who, like Kimmel, aren’t in the 1 percent of earners. Where’s his compassion for the rest of us who are being victimized by the Affordable Care Act daily?

Meanwhile, Fox News “Fox & Friends” morning show co-host Brian Kilmeade went further, labeling Kimmel (correctly) as part of the Hollywood elite who, of course, would oppose any GOP efforts to get rid of a law that has done exactly the opposite of what Democrats who passed it said it would do.

That set Kimmel off. In what can only be described as an unhinged, unprofessional rant, Kimmel called Kilmeade a “phony little creep,” adding, “I’ll pound you when I see you.”

Just. Wow. So it’s okay for Kimmel to insult political opponents — up to and including the current president of the United States — but he won’t subject himself to the same criticism?

Hey Jimmy — you are part of the Hollywood elite who has opposed and will continue to oppose every single thing Republicans do or want to do, because who of and what you are: A Left-wing hack who has predetermined opinions about the GOP that exist only in your mind and the minds of your Left-wing hack buddies. (Related: Flashback: How Jimmy Kimmel SPREAD disease by pushing vaccines that shed live viruses.)

Meanwhile, this is the same schmuck who made fun of vaccine-injured children a couple of years ago, as noted by Natural News founder/editor Mike Adams, the Health Ranger, in a March 2015 column.

“Throughout U.S. history, certain selected groups of citizens have been subjected to extreme verbal, judicial and even physical abuse at the hands of bigoted oppressors. The historical abuse of African-Americans — subjected to generations of abusive language and racism that still lingers today — was villainously summed up with a bigoted hate speech label I dare not utter here,” he wrote.

Flat out, Adams noted that “racism and hate speech are wrong,” period — which includes popularizing hate towards vaccine-damaged children, which he did with this video presentation mocking parents who choose not to vaccinate their children.

Here’s a bit of advice for Jimmy Kimmel: Stop acting as though you know everything, or that only your perspective on the way things are or ought to be is the correct one. You have a right to your opinion, but so does everyone else.

And stop acting like a punk when you get back a little of the same stuff you dish out.