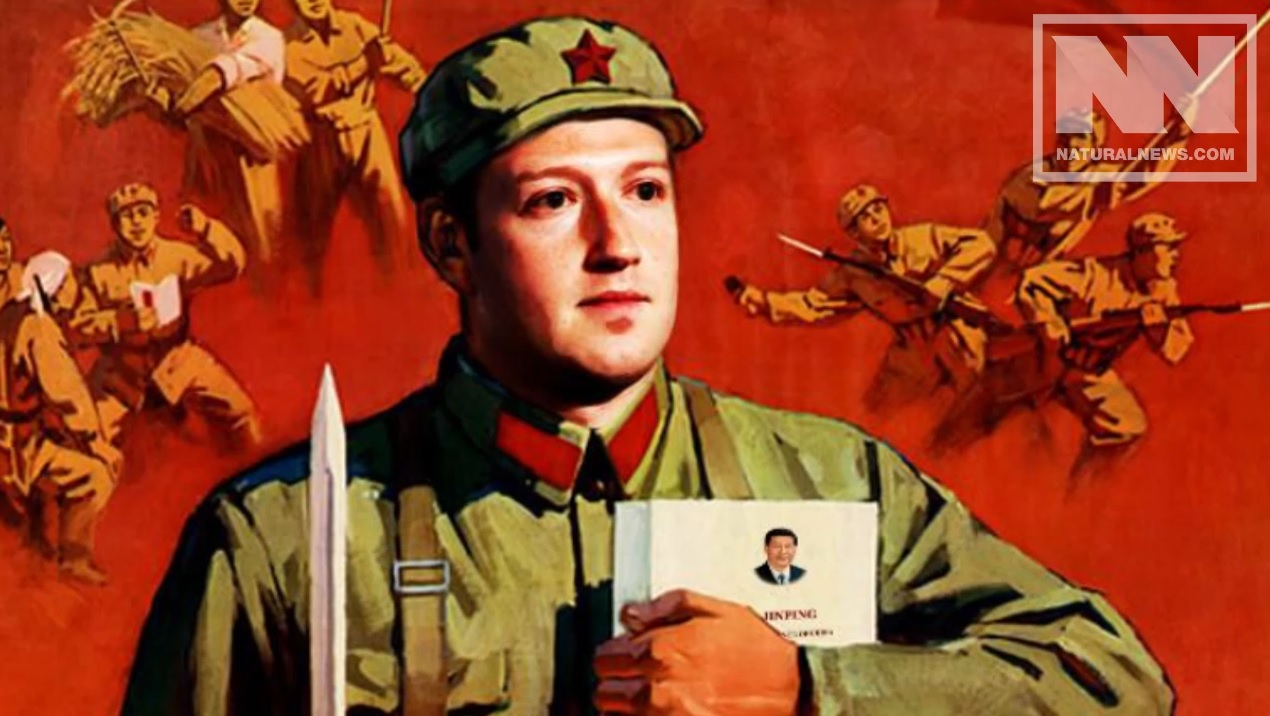 As part of Facebook’s war against truth and reality, the social media Ministry of Truth just blocked 100 percent of all posts from Natural News, one of the internet’s most trafficked sites on independent science, natural medicine and disease prevention. Having attracted over 2.2 million Facebook likes over the last decade, Natural News is relied upon by millions of people for independent science and medicine reporting that blows the whistle on dangerous prescription medications, vaccine adverse events and toxic pesticides and herbicides.

For example, Natural News was the first and only independent science organization to build a large-scale private lab and test flu shots for mercury contamination. The results found flu shots to contain 25,000 times more mercury than the legal limit of mercury in public water, by the way. And those data are backed by ISO accreditation.

Facebook’s decision to block Natural News posts came immediately after Natural News posted a link to this White House petition which calls for an end to legal immunity for vaccine manufacturers, who currently cannot be sued by the thousands of families whose children are maimed or killed by vaccines every year in the United States alone. The petition also demands the following reforms:

Facebook immediately deleted the post within minutes, then slammed a total site sharing ban on the NaturalNews.com domain, halting any sharing of the White House petition that seeks to protect children from medical harm.

If thousands of children across America were being harmed by President Trump, Facebook would amplify any attempt to bring attention to that problem, but when children are harmed, maimed or killed by vaccines — which even the U.S. government admits happens thousands of times per year — Facebook’s culture of collusion and child sacrifice is so ingrained in its twisted culture that article posts which highlight such dangers are permanently banned from sharing.

In other words, under the control of globalist Mark Zuckerberg — who cares for no one but himself — Facebook is actively silencing independent science that seeks to protect children from medical harm.

Facebook has joined the chemical war against our children, in other words, ripping a page right out of the Holocaust which destroyed the lives of six million Jews in the claimed goal of creating a “master race.” Now, Mark Zuckerberg follows in a similar pattern of crimes against humanity to collude with a murderous, baby-sacrificing industry in order to achieve the so-called “greater good” of medicine, even if it means sacrificing some children in the process.

Not surprisingly, the very theme of child sacrifice is widely reflected across globalist culture, where pedophilia and human trafficking run rampant through the halls of power. Just recently, for example, a high-ranking member of the Washington elite pleaded guilty to child rape. He’s a Democrat named Richard Keenan, and he raped a 4-year-old girl but claimed “she came on to me.”

Mark Zuckerberg isn’t accused of raping little children with his biology, but he controls the social media network that openly espouses the medical violation of childrens’ bodies with toxic injections — a form of “medical rape” that obscenely violates the American Medical Association’s medical ethics when mandated by coercive government (as has already happened in California with SB 277).

Further adding to the horrifying truth of what Zuckerberg and Facebook are really up to, many vaccines given to children in America today are made from the ground-up, homogenized, disease-inoculated organs of aborted black babies. These “human embryonic lung cell cultures” are openly listed as chicken pox vaccine ingredients by the CDC and vaccine manufacturers, all of whom also openly admit that vaccines are made from diseased animal organs such as African Green Monkey kidney cells. (MMR vaccines are also made from the tissue of aborted human babies.)

These are scientific facts, not conspiracy theories. Every statement in the previous paragraph is confirmed by the CDC itself. The CDC even confirmed Natural News reporting on all this, validating the existence of these ingredients in vaccines.

In other words, the modern practice of vaccination has become something of a medical cannibalism ritual carried out as a kind of sacrificial medical violation of children… and it’s all apparently approved by Facebook and Mark Zuckerberg, who seems to be wanting to run for President of the United States where he can no doubt impose mandatory vaccine violations of all children as a whole new standard of medical violence against innocents.

At least the Democrat in Washington only raped a few children. Zuckerberg and Facebook and making sure that, through the censorship of factual truth on vaccine ingredients and vaccine dangers, the pharmaceutical industry can successfully violate and “penetrate” millions of U.S. children per year with dangerous injections of foreign DNA from aborted babies, diseased animal organs and unidentified viral strains. (Related: Read Vaccines.news for more news on ingredients used in vaccines.)

Thousands of years ago, the Mayans sacrificed humans to the Gods, killing them en masse to appease the high priests of their culture. As reported by MayaIncaAztec.com:

Ritual sacrifices played a vital role in the Mayan realm. They sacrificed both animals and humans. The supreme sacrifice was the human life. This took place during elaborate ceremonies. Sacrificial scenes have been depicted in ancient Mayan ceramics, sculptures and murals. Like the Aztecs, this was all done in an attempt to appease the gods. Slaves, criminals, bastards, orphans and children made up the bulk of the sacrificial victims. Children were desired because of their innocence, and they would sometimes be abducted or purchased from neighboring cities. The purchase price was paid in red beans.

Today, Mark Zuckerberg and Facebook demand the ritualistic sacrifice of children to the “vaccine gods” as a way to appease their globalist controllers. Just like in the era of the Maya, children are especially prized for their innocence which is violated by puncturing the skin and injecting the child with foreign DNA extracted from other children sacrificed at abortion centers.

Quite literally, the dead children are liquefied and “fed” to other children, many of whom are maimed or killed by the toxic intervention (yes, this is how vaccines are manufactured). This is all carried out in the name of “science,” just as the Maya high priests carried out their sacrifices in the name of “cosmic powers.”

What few people have recognized yet is that in the realm of globalist power, the sacrifice of children is always required for an ascending globalist to “prove” their commitment to the cause. Zuckerberg, you see, wants to become a “high priest” of the modern technocracy which is founded in a scientific dictatorship, medical tyranny and the power of the coercive state. The ritualistic sacrifice of children is a necessary component of those ascensions to power. Read Population Control by Jim Marrs — who just passed away over the last few days — to learn the deeper evidence explaining all this. (Beware what you may learn when you venture down this rabbit hole…)

In summary, Mark Zuckerberg is a child-sacrificing, globalist ascension seeker whose rise to power must be accompanied by prescribing the mass “medical raping,” genetic violation and ritualistic deaths of children. In order to achieve that, Facebook must block websites that openly discuss factual vaccine ingredients, their horrifying aborted human baby origins and why they are added to vaccines in the first place (especially when many ingredients have nothing whatsoever to do with viral strains).

Zuckerberg doesn’t want you to be aware of any of this because awareness of his true agenda would halt its progress. The only way to sacrifice babies and get away with it is to disguise the rituals under the labels of “science” and “medicine” while claiming you’re actually saving lives rather than destroying them. This is the deeper reason why Facebook has blocked Natural News. No curiosity is allowed. No questions are tolerated. No facts are welcomed on Facebook.

Read more about the totalitarian, child-sacrificing globalist known as Mark Zuckerberg at MarkZuckerberg.news. Before long, you will come to understand why Zuckerberg is an extreme danger to humanity, posing just as much of a threat to us as Kim Jong-Un.