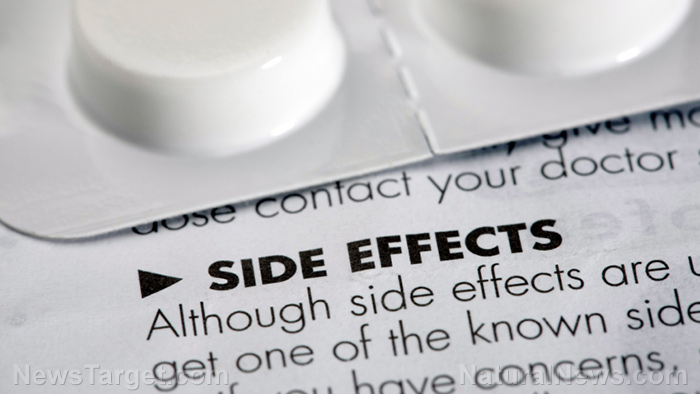 We’ve all seen those drug commercials on TV with pleasant-looking grandparents frolicking in a grassy field with an adorable puppy, living life to the fullest while an announcer talks about how Big Pharma’s latest poison is going to make your life every bit as joyful. Then comes the obligatory rushed reading of a list of side effects. When the commercial is over, the general impression is a positive one: This drug is going to make your life better, but you might have a few minor problems like drowsiness.

Drug companies might be required to tell you their side effects, but they have invested a lot of money in finding ways to present this information in the most positive light possible, and when that approach won’t work, they do their best to deliver it in a forgettable manner. These efforts appear to be paying off in more ways than one because now the FDA is considering scrapping them altogether on the grounds that TV viewers simply don’t listen to the side effect lists. With this move, it appears the FDA cares less and less about making their collusion with Big Pharma obvious.

In an effort to make the process seem reasoned, health officials proposed a study that will assess whether people actually read the ad warnings. They claim they are worried that critical information is getting lost in the shuffle, causing people to overlook the more serious warnings. Should the study confirm this suspicion, the FDA could scrap the list entirely as they find other ways to “safely” market medication.

In fact, they say that people are more likely to read a medication’s risks on a page-long full summary of safety information than they are to read it in the type of brief summary used in an ad on TV. Of course, you won’t have that information in your hands in the first place until after you’ve “talked to your doctor” as these commercials suggest and somehow convinced him or her to prescribe you the medication. In other words, you’ve already bought and paid for it by the time you can see the drawbacks, which means you’re more likely to take your chances and simply take the meds – and even if you don’t ultimately take the drug, they’ve already got your money.

The director of PharmedOut, a project run by Georgetown Medical Center, Adriane Fugh-Berman believes that allowing drug companies to choose the limited list of side effects they include in ads is highly problematic. She pointed out: “That’s why ads for erectile dysfunction say ‘may cause four-hour erection,’ because that doesn’t sound too bad to guys! Unlike other side effects such as heart attack.”

The U.S. is one of only two countries that allow pharmaceutical companies to place direct-to-consumer TV ads, and Big Pharma has found lots of ways to make the required side effect warnings more palatable. For example, some ads will have one narrator tell viewers about the drug’s benefits and then use a different voice actor to run through the risks using a less engaging voice. Another trick they employ is reading the list of warnings using more complex grammatical structures so it’s not as readily absorbable by viewers. Keeping the voice actor who lists the risks off screen is another common tactic as research shows people absorb more information when they can see a speaker. In addition, they sometimes show distracting images while this list is read so people won’t focus on the words.

The FDA does not approve ads before they are aired, but they claim they will stop ads that violate the law after their release. Their guidelines do not require drug makers to tell people if lifestyle changes like diet and exercise could help improve their condition, nor do they ban ads for medications that pose serious risks. Now the FDA is poised to remove yet another obstacle for drug makers and make it easier than ever for them to convince people that their poisons are harmless.