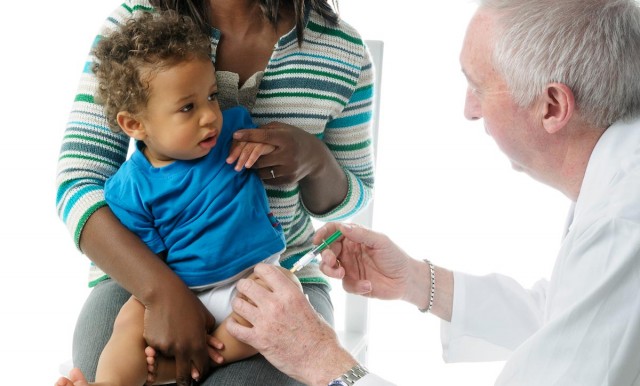 Olga Khazan is a columnist for The Atlantic, but if you read her article, The Shadow Network of Anti-Vax Doctors, you might think she’s employed by big pharma, not a well-respected magazine. In her story she writes, “vaccines are some of the safest and most important preventative-health measures around.” What about hygiene and sanitation? Khazan also pens the ultimate whitewash in her claim that “there is no evidence that [vaccines] cause autism or any other health problem.”

This statement alone also makes the editors at The Atlantic complicit in covering up the lies that have harmed millions of innocent children via the Vaccine Holocaust. Even a cursory fact check would have revealed story after story of families devastated by their child’s vaccine injuries. Did Khazan and her editors not know that the Vaccine Injury Compensation Program has given over $3 billion to vaccine injured families?

Independent writer Jeremy Hammond points out a long list of lies and distortions in Ms. Khazan’s article at JeremyHammond.com. He calls her article “a shameless hit piece” and reminds readers of a myriad of other well-established facts that were totally ignored by Khazan and The Atlantic editorial staff. For example, her article falsely implies that vaccine-induced immunity is the same as natural immunity. She claims the 1998 findings of Andrew Wakefield were fraudulent, but didn’t read his report. Wakefield did not declare an absolute causality between the Mumps, Measles, Rubella (MMR) vaccine and developing symptoms of autism spectrum disorder, he merely “acknowledged the hypothetical possibility” because the parents of the children who came to him for help saw their children digress after receiving that vaccination.

Khazan also wrote that Trump’s talks with Robert F. Kennedy, Jr. “sparked worries among some doctors” that Trump might make changes to the CDC and give vaccine responsibility to a “pseudo-scientific panel.” Who could be more pseudo-scientific than Dr. Paul Offit, who has made millions from vaccine patents? In 2002, Offit proclaimed that “the infant immune system is theoretically capable of responding to 10,000 vaccines at once.” This man is the director of the Vaccine Information Center at The Children’s Hospital of Philadelphia. He’s also one of the folks who decides which vaccines get added to the CDC schedule.

Where did Khazan get her facts? One source was a series of emails from Dr. Alez Vasquez, DC ND DO FACN and Chief Director of the International College of Human Nutrition and Functional Medicine (ICHNFM). According to Dr. Vasquez, he provided Khazan with sixteen scientific research papers, personal documents and presentations. Vasquez says that “she was perfectly aware of the science showing harm from vaccines, but she chose to lie to her readership…”

Columnist Olga Khazan is just a small player serving as protector of vaccine orthodoxy.  Others, like Dr. Julie Gerberding, are much more deadly. Gerberding served as Director of the Centers for Disease Control (CDC) for seven years until she was hired by Merck to be their global vaccine advocate in 2009. FiercePharma.com says Dr. Gerberding wants to eliminate “cervical cancer on a global basis.” Gee. Guess who will be forcing Merck’s deadly HPV Gardasil vaccine down international throats?

Conversely, Robert F. Kennedy, Jr. is a brave and passionate truth-seeker who has taken on the vaccine cartel. His entire focus is centered on exposing the real science, while stopping the lies, greed and murderous behavior of the CDC and its minions. It’s time for President Trump to allow Kennedy to be the chairman of a Vaccine Commission. The world must wake up to the fraud, corruption and lies that have maimed millions of children. And it must stop.