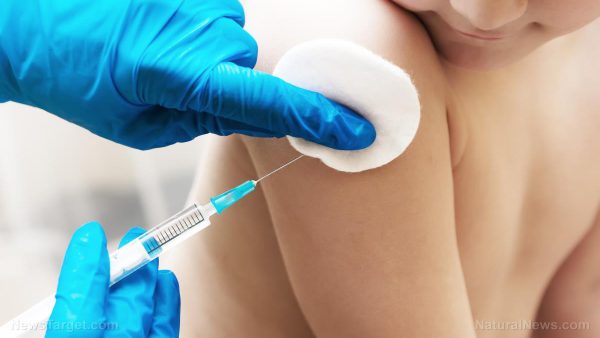 Measles are making a huge comeback in the United States. Parents who don’t vaccinate their kids are often blamed by doctors and journalists for the revival of this rather harmless childhood disease. As an educated parent, it is time to get your children out of harm’s way and stop falling for one of the largest, most evil, and fraudulent lies in history.

Vaccines tainted with heavy metals — such as aluminum, mercury, and lead, among other health- and brain-damaging organic and inorganic compounds — are not the miracle of modern medicine. The idea that we can prevent infections through vaccination alone is based on fraudulent science, new research just revealed.

The new study published in the journal Environmental Research found that exposure to air pollution is significantly associated with measles outbreaks in China. This confirmed the previous thought that exposure to a germ is not the only cause of infection. Whether we get sick or not also depends on the health of our immune system, which in turn depends on various nutritional and environmental factors, such as the suppression of our immune system through air pollution.

The air quality in China is the worst in the entire world. For years, major Chinese cities have been covered in a thick cloud of toxic smog. Smog is linked to nearly one-third of deaths in China, making everyday outdoor life about as deadly as smoking cigarettes.

The science is in; vaccines are over-hyped and dangerous

For their study, the team of scientists analyzed the relationship between short-term exposure to ambient particles with a diameter of less than or equal to 2.5µm (PM2.5) and measles incidence in China. They collected the data of new measles cases and concentrations of ambient particles from 21 Chinese cities between October 2013 and December 2014.

After analyzing the data, the team concluded that they found new evidence that measles incidence is associated with exposure to ambient PM2.5, adding that effective policies to reduce air pollution may also reduce measles incidence.

Today, however, policymakers claim that the only way to get these so-called deadly viruses under control is through immunization. Furthermore, they believe that people who refuse to be vaccinated are harming others by denying them the power of herd vaccination, which has completely been debunked. (Related: Learn more about ‘herd immunity theory.’)

Say no to toxic vaccines and boost your immune system instead

This study clearly showed that the medical world has been wrong all along. The measles virus alone is not capable of inducing disease, hence why so many vaccinated people still get the disease. Therefore, it is about time we start to open our eyes and say no to these toxin-laced vaccines to improve the quality of life.

The myth that vaccines alone confer protection against infection no longer stands. Rather than strengthening the current immunization protocols, we should concentrate on other prevention factors such as nutrition, lifestyle, and environmental exposure to air pollutants.

Green Med info also noted that if pollution and environmental factors play such a big role in the development of the disease, the toxin-tainted vaccines themselves become a plausible cause of the very disease they are designed to prevent. Furthermore, they added that today the fear surrounding measles infection is highly irrational since the measles are a benign childhood disease that strengthens the human microbiome.

Also, since 2003 the measles vaccine has been responsible for at least 1000 deaths in the U.S. compared to less than 10 deaths caused by the illness itself.