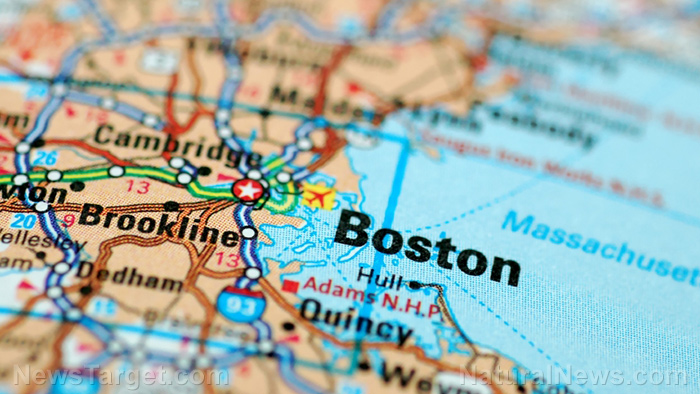 What follows are portions of letters and email exchanges between the Boston Herald’s racist, murder-advocating editor named Rachelle Cohen ([email protected]) who wants all anti-vaxxers to be executed by hanging, and a co-chair of the Health Choice Massachusetts group named Melissa (HealthChoiceMassachusetts.org) (contact page here) who believes that health freedom is a fundamental human right.

BACKGROUND: Under the editorial control of Rachelle Cohen, the Boston Herald published a piece that openly called for people who oppose mercury in vaccines to be “hanged to death.” The Boston Herald, like all insane, violent Leftists, believes that it has the right to call for the mass murder of anyone with whom the publisher disagrees. Rachelle Cohen typifies this kind of delusional insanity combined with sociopathic provocation of mass violence against innocent people. The irony is that Rachelle Cohen is probably brain damaged from vaccines, inhibiting her ability to function in a rational way, meaning she may be a medical victim of the very same vaccine violence she now demands be wielded against others (this is called “vaccine zombieism”).

This first letter is from Melissa at the Health Choice Massachusetts group, and it’s addressed to Rachelle Cohen and the Boston Herald:

This letter says, among other things, that “Massachusetts residents should have the basis human right, through informed consent, to make health choices on behalf of ourselves and our children without coercion or penalty.”

Note the rationality of the argument put forth in that letter, and contrast it to the insane, violent, “HANG EVERYBODY” approach espoused by Rachelle Cohen and the racist, genocidal Boston Herald, which also published a racist cartoon about President Obama and “watermelon” jokes.

Rachelle Cohen replies, saying that because the very people she called to be HANGED have written her nasty emails, she refuses to meet with anyone or engage in civil discourse: Rachelle is apparently annoyed that all the people she wants killed haven’t already killed themselves. How dare they write her nasty emails in response to her public call for mass executions and murder! The gall of these people!

Melissa from Health Choice Massachusetts then explains how parents of vaccine injured children are routinely bullied with the most heinous attacks and condemnations imaginable, and that Rachelle has now fanned the flames by calling for mass executions via hanging. As Melissa explains, “The vitriol put forth in your editorial did nothing but fuel the flames of discrimination toward a group of people who have legitimate concerns regarding the current vaccination schedule in this country.” (Again, rational and logical.)

In response, Rachelle Cohen from the Boston Herald blames Melissa, claiming “you have unleashed a torrent of hate” and “I will not deal with haters.” Rachelle Cohen, like all insane, delusional, violent Leftists, believes that her calls for mass killings are not “hate” but that anyone who opposes her is filled with hate.

This twisted, mentally ill worldview is identical to those of UC Berkeley students who also believe that “tolerance” means murdering speakers with whom you disagree, in order to make sure their “hateful words” don’t cause you “physical harm.” (Yes, Berkeley students believe that words are injurious, while Rachelle Cohen stupidly asserts that maiming children with vaccines is harmless.)

More children are harmed each day by vaccines than by guns

Point of fact: U.S. government statistics reveal that more children are harmed each day by vaccine injuries than by gunshot injuries. The VAERS government database that documents injuries reports 125 injuries each day, and that number is believed to be only one-tenth the real number because most vaccine injuries go unreported. In reality, more than 1,200 children are likely injured every day in America by vaccines.

These injuries, by the way, include DEATH. In fact, the VAERS data from 2016 reveal “brain death” as one of the known side effects of vaccine injury. In the year 2016 alone, 144 vaccine-related deaths were reported to VAERS, meaning the real number of children killed by vaccines in America is very likely 1440 or higher… and that’s 2016 alone.

Journo-terrorists like Rachelle Cohen are complicit in the deaths of these children. They are actively taking part in what can only be called a Vaccine Holocaust.

And yet, to continue carrying out their holocaust of mass death against children, these murderous journo-terrorists like Rachelle Cohen complain that the very people they want murdered are daring to send them emails containing words she doesn’t like.

The Boston Herald contact page details are listed at this Natural News link, along with links to the Boston FBI, Boston Police and Massachusetts Attorney General.

It is time to let journo-terrorists and genocidal, racist murderers like Rachelle Cohen know that We the People will not tolerate such violent hate speech against informed parents, journalists and scientists who do not want their children to be so brain damaged by vaccines that they turn out like Rachelle Cohen.

Join the Boston RALLY this Thursday at the Boston Herald front door to protest the newspaper’s insane, violent, racist, murderous hate speech that was probably induced by Vaccine Rage in the first place.