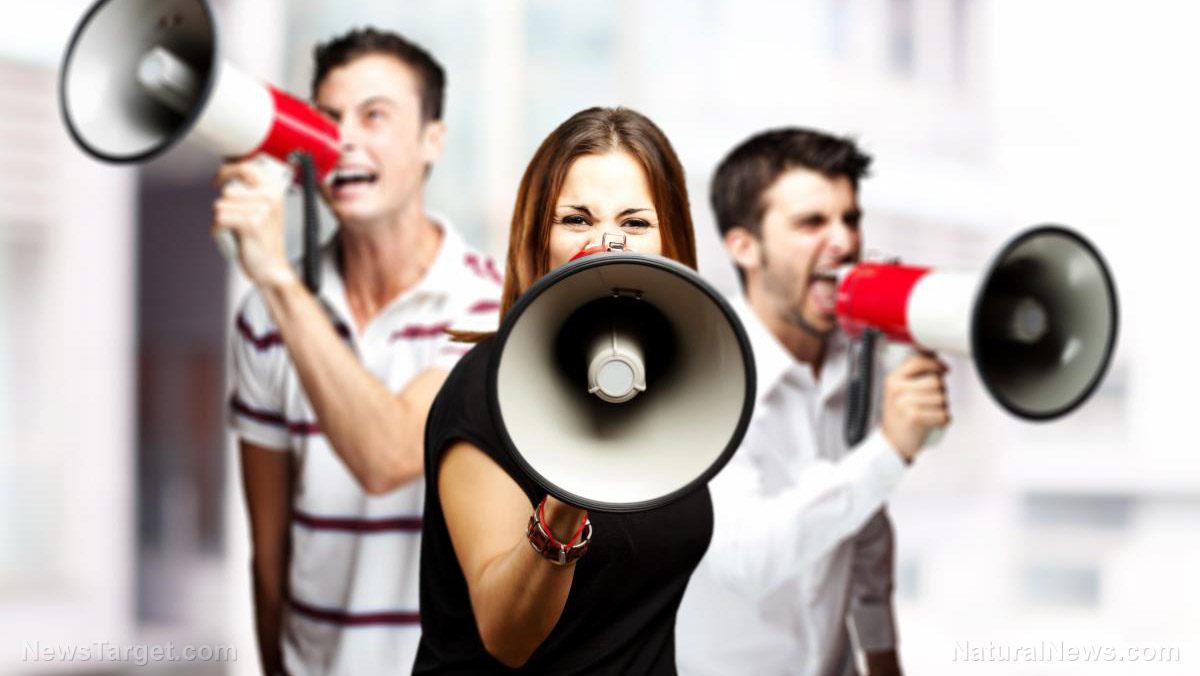 After the Boston Herald published an article claiming that scientists, journalists and naturopaths who oppose injecting children with mercury should be “hanged to death,” all hell broke loose for the Herald and its editor, Rachelle Cohen.

For starters, Natural News urged its readers and fans to report the Boston Herald to the Boston FBI and Boston Police, resulting in a wave of criminal complaints, phone calls and tweets being unleashed against the Herald for its advocacy of “murder in the name of science.” Not only are vaccine pushers murdering and maiming children with toxic vaccines that harm over 100,000 children a year in the USA alone, they’re also now openly calling for the mass executions of those who oppose the medical murder of children.

Notably, no one in the Washington Post, New York Times or CNN has denounced the Boston Herald’s call for the murder of vaccine skeptics. This is very nearly an implied endorsement of the murder, of course, which is consistent with the deranged, violent tendencies of the vaccine-collaborating (and pharma-influenced) media that continues to deny the existence of the Vaccine Holocaust.

Rally this Thursday in front of the Boston Herald

Now, Health Choice Massachusetts has announced a rally to take place at the steps of the Boston Herald this Thursday, May 18th, at 11:00 am.

Click here for the Health Choice Massachusetts Facebook page which contains details of the rally. So far, 110 people say they are interested in attending the rally. This number will no doubt grow between now and Thursday. Keep it peaceful: The violence comes from THEM, not US

Although the Boston Herald employs writers who advocate for mass murder to silence scientists who seek to protect children from toxic mercury, this is a peaceful rally. Do not assault or attempt to intimidate Boston Herald staff members. Do not bring weapons like the insane Leftists at UC Berkeley. Keep your protest peaceful and non-violent.

What you might consider doing, however, is staging a MOCK HANGING of an “anti-vaxxer” who happens to be African American or another minority, in order to point out the inexcusable, anti-humanitarian stance of the Boston Herald and how such ignorance and violence against men and women has been carried out in the past to silence enemies of the establishment. Seriously: If you want to make some news, theatrically stage the Boston Herald’s proposed LYNCHING of an African-American “anti-vaxxer” in front of their offices to demonstrate the truth about how vaccines are violence against African-Americans. It’s true: CDC scientist Dr. William Thompson is on the record, testifying about the CDC cover-up of how vaccines disproportionately harm young African-American boys with an increased risk of autism.

The Boston Herald, by the way, is already on the record for publishing a racist watermelon cartoon against black people. The racist, hate-filled woman responsible for publishing that cartoon is the same Rachelle Cohen who oversaw the publishing of the article that called for anti-vaxxers to be “hanged to death.” And, by the way, many African-Americans who oppose mercury in vaccines and have suffered the intimidation and bullying tactics of the vaccine bullies and trolls have told me that the term “anti-vaxxer” is the “[email protected]@er” term of the medical industry.

Bring your cameras to the protest! Natural News plans to publish photos of Boston Herald staff members walking to and from the building, their vehicle license plate numbers and other details, to the extent allowed by law. If you attend this rally, be sure to take photos and send them to Natural News for publication.

If anyone attending the rally can bring an audio recorder, attempt to interview Boston Herald staffers and ask if they support government-run execution squads of so-called “anti-vaxxers.” If they answer yes, ask them if they plan to do the killing themselves, or if they want government to do the killing for them. Find out if they plan to use lethal injection, hanging, machetes or guns. After all, history has shown there are all sorts of ways for genocidal factions of society to run mass murder campaigns against the people they don’t like. We’re wondering which method the Boston Herald favors.

You might also ask them whether they think killing children with toxic vaccine ingredients is also ethically justifiable, since they’re also advocating the mass murder of naturopaths, scientists and journalists who oppose mercury in vaccines. Find out if there’s any other group they also think should be murdered, such as “climate denialists” or people who grow herbs. Maybe they hate “man boobs” and want to murder men with breasts.

Finally, ask them if they believe that Robert F. Kennedy, Jr. from the World Mercury Project should also be executed for daring to work toward eliminating mercury in medicine and the environment. Be sure to get their names so we can publish their home addresses in order to warn neighborhoods that they are living next to dangerous, violent sociopaths who also happen to work at the Boston Herald.

If you live anywhere near Boston, be sure to join this rally for health freedom and health choice!