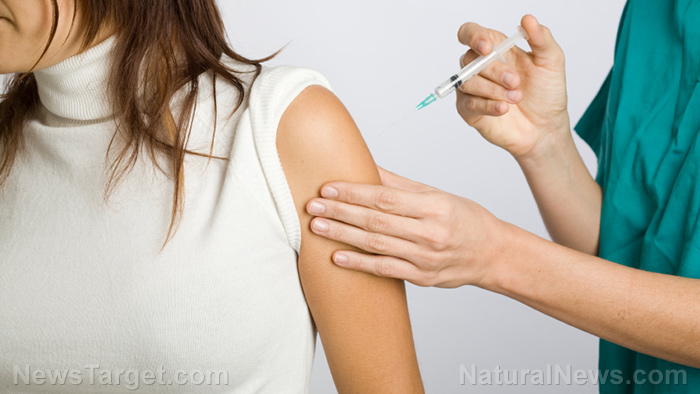 All healthy persons six months of age and older should get a routine flu shot, according to the Advisory Committee on Immunization Practices (ACIP). Mounting research, however, systematically proves that the flu shot, otherwise known as the influenza vaccine, doesn’t work and may cause severe damage to the body. Nonetheless, for many Americans, adults and children alike, the flu shot remains a yearly ritual imposed by their doctor, employer, or school.

But how effective, safe, and useful are these yearly vaccines? The flu vaccine is developed months before the start of the flu season to give manufacturers enough time to produce the shot for as many people as possible. Every year scientists predict which three or four strains will be most common and vaccine manufacturers base their annual flu jab on these predictions. Hence why vaccines do not provide maximum protection since other strains may appear throughout the season. This means that even if someone received the shot, there is still a chance that they could get sick.

If you can still get sick, then what’s the point of getting the vaccine in the first place? Even researchers admitted that these jabs don’t decrease the yearly number of influenza infections, yet health authorities and Big Pharma keep pushing them, raising fear among the people while they fill their pockets with a recurring stream of profits.

Vaccines are outdated before the flu season starts

Earlier this month, the University of Ghent, Belgium, released a paper where it accidentally admitted that most flu shots are continuously out of date and therefore don’t work.

“Current flu vaccines are only effective against virus strains that match the vaccine strains. Consequently, the strains in the human flu vaccines are updated every few years, based on recommendations by the World Health Organization,” the press release read.

They are not the only ones to admit that vaccines are a fraud. Previously, the U.S. Centers for Disease Control and Prevention (CDC) also agreed that the flu shot fails most of the time, as reported by Vaccine Impact. In fact, instead of preventing disease, flu shots can make people more susceptible to disease.

The CDC has promoted the flu vaccine for years, promising that it is effective at preventing illness in 70 to 90 percent of all cases, adding that type A and B influenza cause over 200,000 hospitalizations and 36,000 deaths in the U.S. every year. In April, however, the CDC had to backtrack and instead had to admit it was wrong.

For years, the CDC guessed these numbers, taking influenza-like illnesses such as pneumonia, respiratory, and circulatory diseases caused by other viruses or bacteria into account. As reported by Vaccine Impact, there were about 37,000 Americans hospitalized for influenza in 2014. This is five times less the number the CDC has been using to create fear and make sure all Americans get their annual injection.

Furthermore, most of the respiratory illnesses during the past two flu seasons were caused by other viruses and bacteria. Only 3 percent and 18 percent were positive for type A or B influenza. Over the years, flu vaccines have failed dramatically. During the flu season of 2004-2005, the flu shot failed 90 percent of the time, while during the 2014-2015 flu season it failed 77 percent of the time. Overall, the CDC publicly admitted in January 2016 that more than half the time, seasonal flu vaccines are less than 50 percent efficient.

Also, why would one need to be vaccinated every single year if the vaccine works? Usually, a vaccine should enable the body to produce its own antibodies to protect against the disease. As reported by Vaccines.news, the industry isn’t looking for long protection. They need a recurring income provided by a weak vaccine that needs to be administered every year.

The sad part is that once again profits are put before people’s health. Since 1945 (when the first influenza vaccine was licensed) doctors have known that flu vaccines don’t work well. This, however, didn’t stop them from telling young and old to get a shot every year.

While doctors have admitted all along that they don’t know much about the virus, they keep pushing these money-generating vaccines onto the public, knowing they may cause inflammation of the nerves, also known as Guillain-Barre Syndrome, and other chronic health problems.

Discover more news about the failures of modern medicine at Medicine.news.