TWISTED: According to bizarre Pentagon logic, Russia can now bomb the USA to stop vaccine violence against children 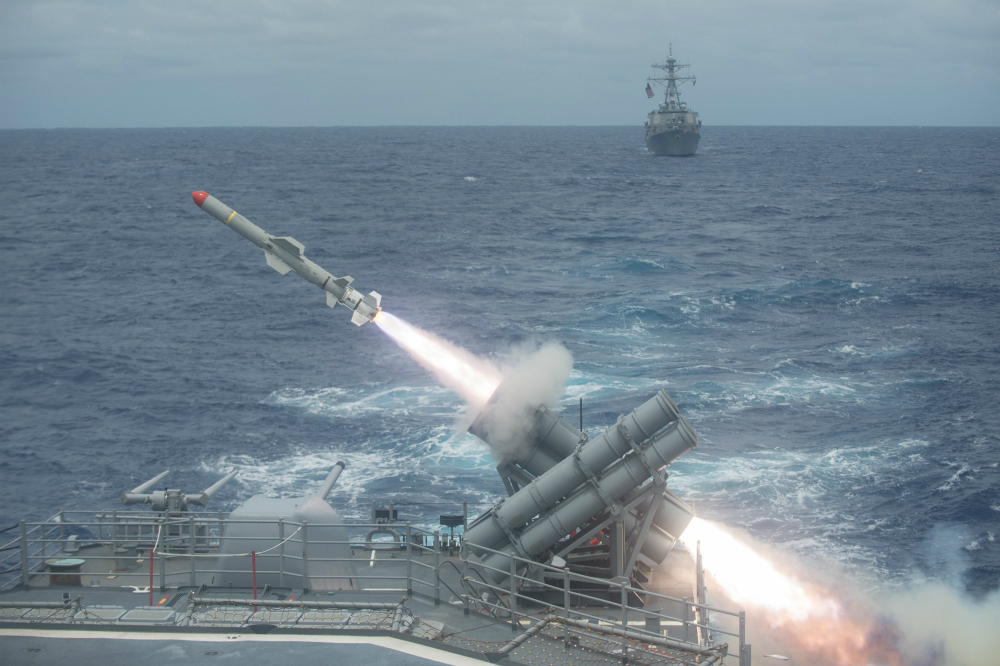 If you really look deeply at the “moral justification” behind the recent U.S. military strike in Syria, it all comes down to this simple argument: “Those children were being hurt by chemical violence, and we just HAD to do something to stop them!”

Therefore, according to the Pentagon, anytime a nation anywhere in the world believes another nation is doing something to harm its children with chemicals, they have the right to launch missile strikes, drop bombs or do anything necessary to stop what they see as an “chemical violence” against children.

No declaration of war is required. No United Nations resolutions are needed. There’s not even any requirement for a single shred of independent evidence to support the claim that “children are being harmed.” All that’s needed now is for a country to simply assert that they believe children are being harmed, and the bombs begin to fly!

If this is the new standard for justifying acts of war, then surely other countries will invoke the same reasoning to launch military strikes against the United States. After all, it wouldn’t be difficult for Russia to argue that the corrupt U.S. government is working in conspiracy with the biotech industry to feed toxic glyphosate weed killer to children across the country, thus justifying Russia’s own Pentagon-like military intervention to “save the children” from “chemical violence.”

After all, sarin gas is by no means the only form of chemical violence against children in our world. Lots of chemicals cause violence, including many chemicals used as ingredients in vaccines such as mercury, aluminum, monosodium glutamate and formaldehyde. Some children are maimed or even killed by vaccines, and it’s all suppressed by the CDC and the vaccine industry. Other children are horribly disfigured, yet the same U.S. media that repeatedly broadcast videos of Syrian children harmed by an alleged gas attack won’t dare show images of American children who are horribly harmed by vaccines. Instead, heartless, soulless comedians like Jimmy Kimmel make fun of those children and their parents, mocking them as anti-vaxxers on broadcast television: Invoking the same twisted Pentagon logic, China might one day declare that the criminal CDC is “assaulting U.S. children with deadly vaccines” while covering up the evidence of vaccine violence, thereby justifying in their minds a Chinese military strike on Washington D.C. After all, the Pentagon just said they had to launch missiles at the “infrastructure” in Syria that was used to bring harm to children in Syria. Would the Pentagon approve of a similar action where China bombs the CDC to “save children” from the chemical violence of the CDC and the vaccine industry? It would be absurd, of course. But that’s essentially what the Pentagon is arguing in the case of Syria.

After all, as I’ve pointed out on Natural News, there are far more vaccine-damaged children in America than sarin gas-damaged children in Syria. It’s actually no comparison. The U.S. government, through the corrupt U.S. Centers for Disease Control and a vaccine industry that’s literally run by criminal felons and international fugitives like Poul Thorsen, is assaulting U.S. children every day with chemical violence in the form of vaccines.

The secretive U.S. vaccine court has already paid out over $3 billion in damages to vaccine-damaged children. There’s no question that vaccines, as currently formulated, are a form of chemical violence against children. Does that mean that, according to Pentagon logic, every other nation on the planet has the right to unleash kinetic weapons of destruction in order to stop the U.S. government’s violence against America’s children? Gosh I hope not. Because that would mean the U.S. could be attacked by every other nation in the world by invoking the same justification as the Pentagon: “We just HAD to do something to save those children!”

The U.S. government deploys chemical violence against America’s children on a daily basis

As I’ve pointed out numerous times, including in the podcast below, the United States government openly calls for the use of chemical violence against children every single day. It’s called “vaccines,” and the vaccine industry easily kills more children around the world than all acts of terrorism combined. In just one vaccination event in a Mexican town, for example, 75% of the children who were vaccinated ended up hospitalized or dead.

Furthermore, the vaccine industry adamantly refuses to remove the toxic ingredients (like mercury) from vaccines, knowing that so many children have already been damaged, they can’t admit NOW that the ingredients are dangerous. So they keep poisoning more children with “vaccine violence,” while attacking whistleblowers like CDC scientist Dr. William Thompson who want to save children as being “anti-vaxxers” (the racial slur n-word equivalent of the vaccine industry).

The message to America? Violence against children is perfectly okay as long as it comes from the government. Yet when the Syrian government allegedly uses chemical violence against Syrian children, that’s suddenly the worst crime in the world, demanding an immediate act of war to “save the children.”

Do I need to even tell you what a monumental mind-warping propaganda campaign is being carried out on the brainwashed population to get people to swallow all those official lies?

If violence against children is really the justification for invoking yet more violence to stop the first violence, then does that mean the U.S. government condones the use of force or violence to halt all forms of chemical violence against children that are deployed domestically, too? Because it’s quite clear that the Pentagon — and even President Trump himself — just gave every nation on the planet permission to use whatever force is necessary to protect children from violence of any kind. Does this mean that Iran, where abortion is illegal, can now launch a nuclear missile at the United States in order to stop partial-birth abortions because Iran sees such abortions as violence against children? It all gets pretty twisted, doesn’t it?

My position: Violence against children is ALWAYS wrong, including vaccine violence

To be clear about my own position in all this, I believe that violence against children is always wrong. This includes kinetic violence, abusive verbal violence, chemical violence and vaccine violence. My hope is that future children can grow up in a world where they are not poisoned by weed killer herbicides in their food, toxic pesticides in the drinking water or brain-damaging heavy metals in vaccines.

I want children to be safe from all forms of violence, including medical violence and vaccine violence. For believing in that, I am censored by Facebook, demonized by the medical establishment and punished by Google with outrageous tactics of oppression. The same status quo that supports missile strikes in Syria to “save the children,” in other words, openly attacks and smears anyone who seeks to save the children in America. (Related: Follow more news about medical violence against children in America at MedicalViolence.com)

And what does that tell you, really, about how little the establishment actually cares about children in the first place? If the lives of Syrian children are so valuable that they invoke a military strike, aren’t the lives of U.S. children valuable enough to stop poisoning them with mercury in vaccines?

Listen to my full podcast on all this at the Health Ranger Report, or watch the videos below: