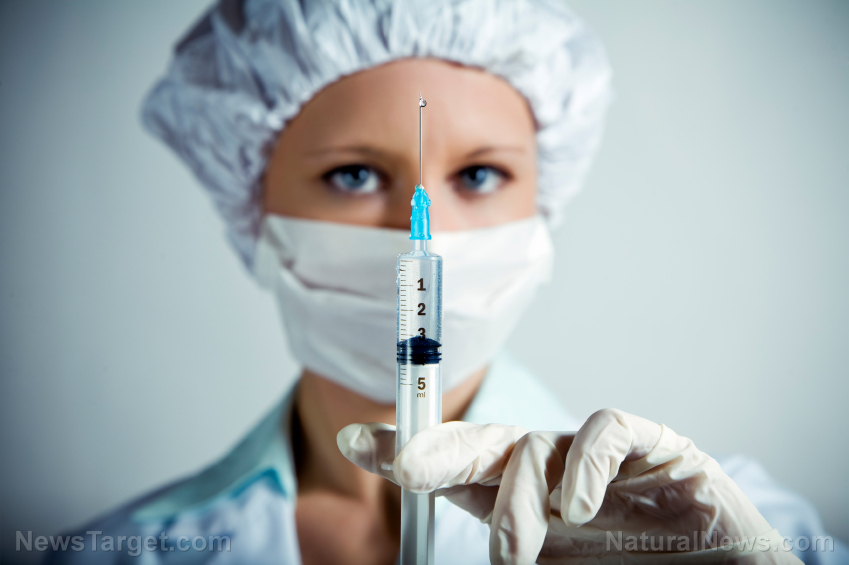 Freedom has taken another crushing blow in the UK as a High Court judge ruled that a mother can’t do what she believes is best for her children — but only because her beliefs don’t go along with their preordained narrative of what defines a child’s “best interests.”

The mother in question did not want to vaccinate her children in part, because they are vegans and current vaccine development methods do not align with the family’s personal beliefs (they contain animal blood components and DNA). The mother also cited concerns about toxic ingredients often found in vaccines, such as aluminum salts, as part of why she opposed getting her children vaccinated. According to the mother, her oldest son had already experienced side effects from previous shots such as “cradle cap, a persistent cough and eczema.”

However, this story is not just a case of courts versus a loving mother. The children’s father brought the mother to court over her refusal to vaccinate the kids, and applied for a court order to force vaccination upon them. The father says that he did this out of concern for his sons’ safety, and claims that the mother is “obsessive, overprotective and narrow in her views.”

But who is really being narrow-minded here? In the wake of evidence that vaccines can cause a number of health issues, including neurodevelopmental disorders, is it really so “narrow” to question their safety? One might wonder if refusing to acknowledge “dissenting” information on the topic of vaccines — and at least take it with a grain of salt — is what is truly narrow.

The father went on to say that the mom had a “suspicion of all conventional medicine,” and illustrated this claim by describing how in the past, she had refused to give her sons paracetamol-based medicines. Paracetamol is the British term for what we in the states call “acetaminophen.”  However, these concerns are not unfounded: Acetaminophen has been shown to sometimes cause liver damage, even when consumed in the recommended amounts as instructed by the label. In 2013, it was estimated that some 80,000 people a year are hospitalized due to acetaminophen poisoning and another 500 or so would die from liver complications. So, how is this not a valid concern?

She also stated, “What I have learned is that yes, vaccines do work some of the time, but there is a definite risk with vaccination. The vaccine manufacturers have cited that vaccines are ‘unavoidably unsafe.'” The UK mom, who has not been named to protect the anonymity of the kids, went on to describe how her boys are very healthy children and that their risk of disease is low because they have strong immune systems that help to protect them against illness.

Sadly, but yet unsurprisingly, the father’s attempts at making the mother sound “paranoid,” prevailed. The High Court Judge Mark Rogers cited the UK’s Children’s Act of 1989, which allows the court to “overrule a parent” for the sake of the child’s “welfare.” Natural Blaze reports that vaccines do not appear in any of the headlines for the legislation, though that made little difference in the outcome.

Rogers noted that the mother was unable to find a doctor to support her views that was willing to appear in front of the courts on her behalf. To do so, naturally, would have been career suicide for any doctor — or at the very least, it would have opened them up to quite a bit of scrutiny. He even went on to say that he was “sorry” that the mother would view his ruling as being “wrong,” and questioned her ability to view the matter “objectively.”

Forced vaccination will never be the right course of action. Vaccines do come with risks, regardless of whether or not mainstream medicine puppets are willing to recognize it — facts are facts. Vaccines are not only made with animal-derived ingredients, but they are often tested on animals. To make matters worse, many vaccines contain toxic adjuvants such as aluminum salts, which are known to cause a wide range of deleterious effects.

This issue will not be going away anytime soon, and as more people wake up to the dangers of vaccines, we will likely begin to see more court-mandated vaccination cases.