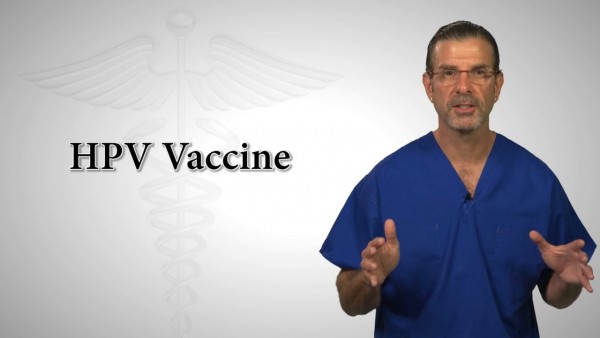 The Human Papillomavirus, or HPV, is a sexually transmitted infection, so pervasive that the CDC’s website refers to it as the most common STD in the U.S. Interestingly the website goes on to say, “HPV is so common that nearly all sexually active men and women get it at some point in their lives.” [Emphasis added]

So, really not such a big deal then. The CDC goes on to explain that in most cases, the virus disappears on its own without causing any health issues. The problem, from the medical community’s point of view, is that HPV can on rare occasions cause cervical and other cancers.

Their solution to the problem? A vaccine of course! Enter the HPV vaccine, or vaccines, since there are two: Gardasil and Cervarix.

The CDC and its Advisory Committee on Immunization Practices (ACIP) have just released the latest amended immunization schedules for both children and adults.

The American Academy of Family Physicians (AAFP) is reporting that changes include the addition of two doses of the HPV vaccine (HPV9 or Gardasil 9). The recommendation is that these vaccines be administered between the ages of 11 and 12, although they can be given to children as young as 9 or as late as at 14. The reason for this inclusion, they say, is that mortality rates for cervical cancer are higher than previously estimated.

In making the announcement, AAFP President John Meigs also snuck in some comments on President Trump’s proposed advisory committee to investigate vaccines. “A new federal commission on immunizations is not necessary and would divert much-needed dollars from other, more pressing health care issues. … The science is clear, and family physicians stand ready to help everyone — from the incoming administration to the general public — understand how safe and important vaccines are.” [Emphasis added]

This is the message that the mainstream medical community always tries to convey: that the science is “settled,” and that it has been proven time and again that vaccines, including the HPV vaccine, do no harm.

Well, that just isn’t true. And contrary to popular belief, it’s not far-out, braid-wearing hippies that are saying so.

In January 2016, the American College of Pediatricians (ACP) issued a press release in which they expressed serious concerns about the HPV vaccine, especially Gardasil.

It had come to their attention that the HPV vaccine is increasingly being linked to the rare, but very serious condition of premature ovarian failure (POF), which is also known as premature menopause.

The ACP had several concerns, including:

And that’s not the only problem with polysorbate 80. In 2005, scientists from the Department of Dermatology at the Friedrich-Alexander University in Germany, published a study entitled “Polysorbate 80 in medical products and nonimmunologic anaphylactoid reactions” in the journal Annals of Allergy, Asthma, and Immunology.

Their conclusion? “Polysorbate 80 is a ubiquitously used solubilizing agent that can cause severe nonimmunologic anaphylactoid [anaphylactic] reactions.”

There have also been several documented cases of multiple sclerosis and encephalitis, according to Dr. Lucija Tomljenovic of the University of British Columbia’s Department of Medicine.

And then there’s the fact that with over 1,000 girls currently suffering with Gardasil side effects, the vaccine has been completely banned in Denmark!

“The science is clear?” Vaccines are proven “safe and important?” I think not.

Physicians are sworn to “first do no harm,” not “first make sure you cover up the harm so you can all keep making as much money as possible.”

With their own peers in the scientific and medical communities issuing such direct warnings about the HPV vaccine, one wonders how these people sleep at night, knowing the harm they are causing to our children.