Teacher under attack for questioning safety of vaccines in the classroom 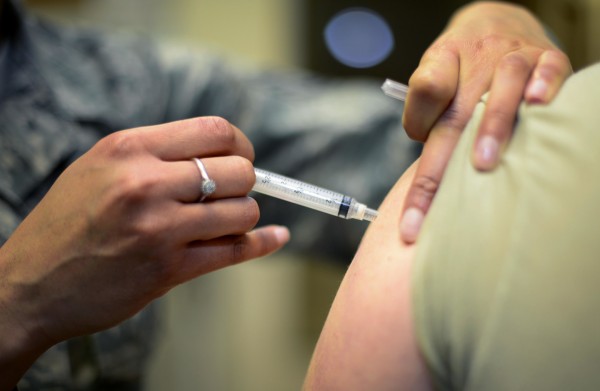 A Canadian science teacher has been found guilty of “professional misconduct” – not for harassing a student or neglecting his instructional duties as you might expect, but simply because he dared to warn his students about the potential side effects of childhood vaccines.

The Globe and Mail reports that Timothy Cyril Sullivan was punished for telling his students that in some cases vaccinations can lead to death – a fact that’s printed right inside vaccine package inserts. He also warned them that many public health nurses fail to explain this to the public so that they can make an informed decision as to whether or not to vaccinate.

To any rationally minded person, presenting such information is part of the education process. But to the Ontario College of Teachers (OCT), this type of behavior is punishable with disciplinary action, as it defies the official narrative that vaccines are 100 percent safe and effective at all times.

A three-member “independent” disciplinary committee set up by the OCT ruled that Mr. Sullivan acted out of bounds by warning his students about the information that’s openly disclosed by vaccine manufacturers in every single package insert that accompanies a vaccine. And at some point in March, this committee will determine the precise punishment for this “violation.”

“It’s not Mr. Sullivan’s place to be an activist at the school on the topic of vaccines,” Christine Wadsworth, a lawyer at OCT, told The Globe. “He did not act as a role model that day. He did not model appropriate behaviour for his students and he did not treat visitors, who were legally authorized to be at the school, with respect.”

Teachers’ union calls for Mr. Sullivan to have his teaching certificate suspended

Apparently it is now considered “activism” to simply disclose the truth about vaccines in public rather than tow the official government line – at least in Canada. Not only does Mr. Sullivan face losing his ability to teach for at least one month, but he may also be forced to attend courses on professional boundaries, ethics and anger management.

According to some of the allegations, the school where Mr. Sullivan teachers held an “immunization clinic” back in 2015, where vaccines were being administered in the cafeteria throughout the day. As a conscientious objector to vaccines, Mr. Sullivan came by the clinic at several points throughout the day, prompting those running it to feel “uncomfortable and nervous.”

Mr. Sullivan also reportedly spoke to students waiting in line to get vaccines, explaining to them that they should probably think twice because vaccines can be unsafe. Some of the nurses on call who were obviously supporters of vaccines, since they were the ones administering them, claim they felt “intimidated and scared” by his behavior and demeanor.

It is to be expected that anyone who dares to question vaccines publicly – a rather uncommon situation, it is important to note – is going to stand out like a sore thumb. In this case, the nurses were likely taken off guard by Mr. Sullivan’s position rather than the way he stated it. But standing up against the vaccine mafia is like a David versus Goliath situation, and in this case, Goliath is going for the kill.

“It was probably one of the most professional things that I did, actually,” Mr. Sullivan told reporters in defending his behavior that day.

Mr. Sullivan has been a teacher at the Grand Erie District School Board for 17 years, and was only doing his job by informing his students about vaccine risks, which the nurses administering vaccines that day were not doing. Apparently telling the truth in an age of lies is now a punishable offense.