Top 10 “Science Ass-Hat of the Year” Awards handed out to the shills, hucksters and liars of medicine and biotech 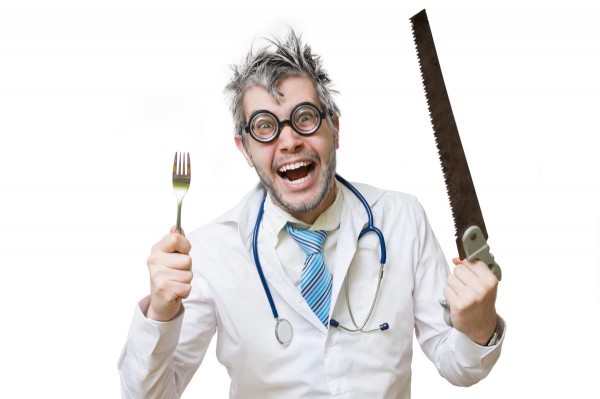 There’s no worse karma than betraying your fellow human beings, including children and babies, so that they take the wrong medicines and eat the wrong foods that cause sickness, cell disorder, central nervous system maladies and even death, all in the name of power, control and money. That is why the following 10 Big Food and Bad Medicine shills deserve nothing more than the Science Ass-Hat Award for being the ultimate hucksters, liars, losers and science scammers on the planet.

These insidious hacks know exactly what they’re doing when they regurgitate chemical industry lies, sell the public on eating GMOs and trusting in dangerous chemotherapy, inject carcinogenic vaccines, kill healthy babies that are still in the womb, and worst of all, act like they’re actually worth something in this world. Their outright arrogance and immoral, utterly unethical-to-the-core characters simply can’t be measured on any kind of scale, but we can rank them and give them the medal of dishonor they so self-righteously deserve. (RELATED: Find real news about science at Scientific.news, and read the truth about medicine at Medicine.news)

Starting from the top and working our way down to the bottom of the sellout barrel, here come the top performing science-sellout posers and clowns of the year:

What a total sellout goon this freak of nature has become. He went from totally questioning everything about GMOs to saying he was literally “in love” with them after visiting Monsanto headquarters where he tried on several shades of brown lipstick and learned how to pray to the most evil company on the planet – now owned by Bayer, a behemoth that not only manufactures bad medicine and chemical pesticides for agriculture, but also controls a large portion of the world’s seeds, hoping to create a monopoly and turn them all into genetic mutations. Thanks Bill Nye, you science fraud guy, for selling out like the shill you are. We know now exactly what films, books and videos to never show the kids in school.

Yes, we know, you like his narration of space exploration and intellectual “star talk,” but it’s all been undermined and ruined by his complete and utter ignorance of GMOs, while acting like he’s an expert about anything that leaps from his mouth. Tyson’s mostly successful career recently took a nose dive and his public persona jumped off a steep cliff when the for-profit science industry found a new shill and mascot to spit out their usual jargon and propaganda about genetically modified food (GMOs). Tyson must be broke and in need of some quick cash, as he has taken to spewing out lies about biotechnology being the same as traditional cross-breeding that’s been occurring for “thousands of years.”

By the way, Neil, scientists have not been in laboratories splicing the genes of toxic pesticides into America’s most popular crop seeds for millennia (only for the past 30 years). Stick to your “star talk” and quit pushing cancer food on the masses for quick cash. GMOs are not safe and do not occur naturally. The irony is that so many celebrities today are uneducated about the foods we eat, so for endorsements, they model the worst of all habits and sell innocent people their own slow, miserable death. Tyson’s ramped-up promotion of GMO foods is suspect, to say the least, considering he is comparing GM corn and soy that contain carcinogens to seedless watermelons and long-stem roses.

The Eli Lilly shill, a.k.a. the “Mercury Joker” has cornered the market on chemical-based child abuse in California. What easier way is there to make a fortune as an unethical doctor than to force-vaccinate millions of children, including black boys who, according to the lead CDC scientist, Dr. William Thompson, are more susceptible to getting autism from mercury injections, and then pretending to “treat” them with other dangerous drugs their whole lives?

Pan is a huckster and propagandist who takes big money from big pharma for his political campaigns, while promoting dangerous chemical medicine and laws to jab it all into humans, including infants and pregnant women. Thanks “Joker,” you’ve won third place in the science shill Ass-Hat competition of 2016.

This internet clown abuses people online, especially anyone who questions vaccines or chemotherapy. He takes breaks from surgery and runs to his computer like a little rat, typing thousands of words, blogs, replies and rants on medical message boards, all while his patients lie on operating tables waiting for him to finish sewing them up. Do his patients even really have cancer?

Gorski has been reported to the FBI for suspicious activity, and features some of the worst reviews from patients you will ever read. He may be the most arrogant doctor alive today who’s – somehow – still practicing medicine. He may have been named as a co-conspirator by Dr. Farid Fata, who worked under the same institution “umbrella” of Karmanos Cancer Care in Detroit. Fata is serving 45 years in federal prison for dosing patients to death with high doses of chemotherapy, even when they didn’t have cancer. Fata is next on the list of top science Ass-Hats of the year.

Dr. “Orac,” the mentally deranged surgeon, cyber bully and surgical quack, is now linked to a “skeptics” kingpin (James Randi – amateur magician) and pervert caught on tape soliciting sex from a young man, according to sources.

#5. Dr. Farid Fata: the most insidious and evil cancer doctor ever

This story is so insane you’d think it’s a horror movie theme instead of real life. On July 10th, 2015, Detroit area oncologist Farid Fata, M.D., was sentenced to only 45 years in prison for administering chemotherapy to healthy patients, some of whom died, and for defrauding Medicare and private insurance companies out of more than $30 million. The freak pleaded guilty to 13 counts of healthcare fraud, two counts of money laundering and one count of conspiracy involving kickbacks. He even injected his dying patients during their last few days of life with more of his massively intense “European Protocol” mixture of intravenously-fed chemo drugs.

Here’s the rub: Fata operated from multiple locations in and around Detroit, where one of his cohorts (who has since denied knowing him) may have been named as a co-conspirator. “Orac” the psycho-blogger has been reported to the FBI. If you are aware of any misconduct or misdiagnoses by one David H. Gorski, surgical oncologist at Karmanos, be sure to report it!

No, Bill Gates is not just a computer whiz who wants the best technology for the world. Gates is a globalist who wants to get rid of billions of people in the next two decades using vaccines and GMOs as “weapons of mass destruction.” Pretending to be a philanthropist who cares about third world countries, Gates is actually one of many rich white dudes whose ultimate goal is to sterilize minorities and wipe them off the face of the earth with cancer-causing, genetically mutated corn and soy. If you are not aware that toxic vaccines and GMOs are bio-weapons of the 21st century, start doing some homework. Watch out for a fake Zika vaccine that might come out soon! That’s why Bill Gates ranks in at number 6 in the science-shill Ass-Hat awards of 2016.

If Folta had his way, he’d have the whole country believing that he’s just an honest horticulture scientist and academic at the University of Florida who cares about people, food and farming. This clown poses on talk radio as a geek who interviews himself, asking himself Monsanto-fed questions and answering using scripted lines to promote everything GMO as safe and beneficial, so that he can take his shill vacations in Hawaii paid for by Monsanto. Folta uses organic words like sustainability when talking about dangerous chemical-based pesticides.

Just like Neil DeGrasse Tyson, Folta wants Americans to believe that GMOs are just another step in traditional breeding. The US Right to Know Group exposed Folta for the shill he really is when they dredged up FOIA paperwork and emails showing discussions with Monsanto reps about how he would say anything they wanted him to say. That’s why the sad, geeky Folta is ranked number 7 for the Ass-Hat science shill awards of 2016.

Yes, there are doctors in America who love killing children and babies. This freak got caught on video in a rant that went viral and got him fired. Coming in at number 8 for the ultimate “Science Ass-Hat of the Year” award is psycho abortion doctor Santella, who may be still be killing babies at a new, different institution. Beware!

This evil nut-job was a key conspirator in covering up the vaccine-autism link that was later completely exposed by Dr. William Thompson, head CDC scientist, who had already alerted Gerberding to the evil data manipulation going on at the CDC. Now, she heads up Merck’s evil vaccine marketing and promotions division. Congratulations Gerberding, you’re ranked number 9 in the science shilling Ass-Hat competition of 2016.

A former favorite GMO propagandist for Forbes.com, this chemical-pesticide huckster and charlatan dragged his now ex-wife and teenaged daughter through courts for years while he allegedly abused them time and time again, actually choking his wife in front of the daughter. Entine shills for Monsanto and Syngenta, publishing false information in mainstream publications to con Americans into eating cancer food. Entine also won the Corrupt Journalist Award for being a low-life scoundrel and pushing multiple corporate lies at Forbes.com.

Also, 2016 was such a special year for science Ass-Hats, that a bonus ass-clown award goes out, at number 11, to Paul Offit, the science muppet! This clown and vaccine-pushing puppet invented and patented the most dangerous vaccine known to mankind: RotaTeq, the rotavirus vaccine. Chock full of neurotoxins that cause autism, the rotavirus vaccine was invented by the same man who pretends to care about autistic children. Imagine the arrogance and hypocrisy. The only reason Offit cares about autistic children is because they serve as more cash in his bank account, as the CDC has put Offit’s toxic vaccine on its schedule of mandatory vaccinations for children. Unbelievable. That is why Offit the Muppet is number 11 on the 2016 science Ass-Hat of the Year award list.