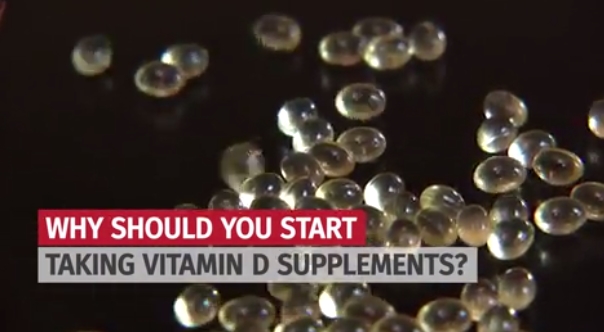 A published study by researchers in Australia suggests that insufficient vitamin D levels among pregnant women may increase the likelihood of autism spectrum disorder (ASD) in their children.

Moreover, vitamin D supplements may be able to reduce the autism risk, according to the same study.

In the above-mentioned study published in the Molecular Psychiatry journal, the Queensland Brain Institute reports that women with low vitamin D levels as measured at about 20 weeks into their pregnancy were more likely to have a child who develops autistic traits by age 6.

The researchers defined a vitamin D deficiency as less than 25 nmols.

They reached their conclusion by reviewing about 4200 blood samples from multi-ethnic pregnant women and their kids in the so-called Generation R Study from Rotterdam, the Netherlands.

Remarked University of Queensland professor John McGrath, the lead author, “This study provides further evidence that low vitamin D is associated with neurodevelopmental disorders. Just as taking folate in pregnancy has reduced the incidence of spina bifida, the result of this study suggests that prenatal vitamin D supplements may reduce the incidence of autism.”

Vitamin D is sometimes described as the sunshine vitamin, but Prof. McGrath added that spending more time in the sun is not the preferred way to increase vitamin D levels “because of the increased risk of skin cancer in countries like Australia. Instead, it’s feasible that a safe, inexpensive, and publicly accessible vitamin D supplement in at-risk groups may reduce the prevalence of this risk factor.”

In their journal article, the researchers explained that ASD is “characterised by repetitive or stereotyped behaviours, and deficits in social relationships.”

The Queensland group also noted that low prenatal vitamin levels have been linked to a increased risk of schizophrenia.

In identifying autism risk factors, McGrath and his team included gestational vitamin D deficiency among them. “The vitamin D system is best known for its impact on bone mineral density, however optimal concentrations of vitamin D are also required for brain function, via its role in calcium signalling, neurotrophic and neuroprotective actions, as well as its role in neuronal differentiation, maturation and growth.”

“Maybe we could prevent serious mental disorders like autism by making sure women have optimal vitamin D during pregnancy,” McGrath told ABC News of Australia.

Commenting on the findings, vitamin D advocate Andrew Whitehouse of the Telethon Kids Institute told News Corp Australia that more research is called for the potential link to autism. “There are likely dozens, if not hundreds, of different mechanisms that can lead to autism. Now this study gives us an inkling of one possible mechanism but before we think about anything we need to see a replication of this finding. What we know is that vitamin D during pregnancy is very important for how the baby develops,” Prof. Whitehouse noted.

Natural News has separately explored the purported relationship between vaccines and ASD. Earlier this month, Health Ranger Mike Adams observed that most of the research about vaccines, mercury, and autism occurs overseas, and outside of the UK for that matter, because most researchers who challenge the Big Pharma status quo will wind up ostracized. Recall that during the presidential debates, the media seemed intent on demonizing Donald Trump, Dr. Ben Carson, and Dr. Rand Paul as anti-vaxxers merely for suggesting that childhood vaccinations should be administered incrementally.