Mandatory obedience: Hospitals are threatening the jobs of healthcare workers who refuse the flu vaccine 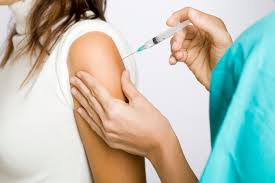 Yet another assault on health freedom is reportedly occurring in the state of Georgia in the form of mandatory vaccinations for healthcare professionals.

In a YouTube video, Georgia hospital worker Lauren Atkinson claims that the federal government is forcing healthcare employers in the Peach State to vaccinate all or most of their employees with the influenza, or flu, vaccine. Non-compliant employees apparently face termination if they don’t submit to the flu injection by a certain date, but most workers are going along with it, according to Atkinson, who intends to refuse the flu shot.

Natural News has previously maintained that there really is no good reason to get a flu shot. No legitimate evidence exists proving that they even work at all. But they do contain a variety of toxic additives that can cause severe side effects. In addition to conventional treatment, however, a variety of natural remedies are also worth considering to help ward off the flu bug, although that is a personal decision.

“Citing Obamacare as the primary driver of an initiative to vaccinate 90% of all hospital healthcare workers for the flu, Atkinson explains how nurses en masse are complying with this rule, even though they may disagree with the idea of injecting potentially risky and useless chemicals into their bodies, out of fear of being fired. They are afraid to lose their jobs. She points out that of all the vaccines available today, the flu vaccine is the least effective because the flu is a virus that is constantly mutating and changing, therefore, a vaccine for any particular strain is highly unlikely to protect you from the latest mutation,” Waking Times explained.

A nurse who works in an acute care unit where germs and bacteria abound, Atkinson wondered aloud on the video why authorities are focusing on the flu vaccine. “The government wants us to inject ourselves with some mystery substance that can’t even protect us from said virus…Isn’t it a little fishy that the government was forcing this? Do they want to keep us sick because there is money in keeping us sick? There is money for the pharmaceutical companies….”

Among the potentially toxic ingredients often included in flu vaccines include mercury, Sodium deoxycholate, Neomycin sulfate, and polymyxin B.

Last year, Health Ranger Mike Adams wrote that “The flu shot is a fraud. But it’s a fraud that’s so deeply embedded in the delusional pro-vaccine culture of the pharma-controlled medical industry that even well-meaning doctors and pharmacists (who are otherwise very intelligent) fail to realize flu shots don’t work. In fact, flu shot vaccine inserts openly admit there is no scientific evidence demonstrating flu shots work. ”

Setting aside the mandatory flu vaccine issue for a moment, on the subject of mandatory vaccinations generally, you’ll recall that following the September 16, 2015, GOP presidential debate televised by CNN, Donald Trump, Dr. Ben Carson, and Dr. Rand Paul received condemnation merely for suggesting that childhood vaccines should be administered incrementally rather than all at once. CNN seemed hell-bent on pushing all three candidates into the anti-vaxxer camp.

Even raising the possibility of the toxic side effects, and/or merely having an open mind about  vaccines, has prompted outrage (faux or otherwise) from the media and its approved array of experts, perhaps because of the all advertising money it rakes in from Big Pharma. According to the media echo chamber, no scientific evidence exists that vaccines, for example, cause autism.

Failed presidential candidate Hillary Clinton, the recipient of more campaign donations from drug companies than any other candidate in the 2016 election cycle, is an advocate of mandatory vaccinations.