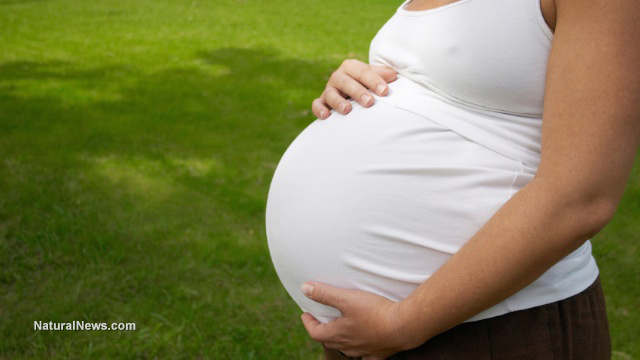 It’s bad enough when pregnant mothers get vaccinated, but now Big Pharma wants to take vaccination to a whole new level. Instead of just vaccinating mothers-to-be, the industry wants to be able to inject unborn babies with their latest concoctions, too.

The 21st Century Cures Act is poised to pass any day now. While this legislation claims to bring medicine into the 21st century, it honestly seems intended to do the exact opposite. Instead of looking forward to new horizons, this bill would merely double down on conventional methods that have been in use for decades. The 21st Century Cures bill managed to pass the House last year, and after being broken up into smaller sections by the Senate, is set to see approval any day now.

One of the more concerning aspects of this bill lies in the Senate bill S. 2742 (the Promoting Biomedical Research and Public Health for Patients Act), which appears to be laying down the groundwork for amending the current vaccination schedule to include expectant mothers and their still-developing, unborn children. This particular provision contains the following language:

Now, this could be interpreted in any number of ways. It may, for example, simply be a form of liability coverage. But, it could also be paving the way for unborn children to be considered eligible for vaccination. If this is the case, it won’t be long before we see manufacturers developing new lines of vaccines designed with babies in utero in mind.

The Centers for Disease Control already suggests that pregnant women get a whole host of vaccinations – whooping cough, flu and hepatitis B vaccines are all pushed on mothers-to-be as the epitome of protection for their child – but many question the necessity and use of such injections.

In addition to these concerns, the new bill may also open doors for the current vaccination schedule to be shifted or expanded, and create a slew of opportunities for the industry to increase their profit margins. As the Alliance for Natural Health (ANH) suggests, “Maybe the first DTaP (diphtheria, tetanus, and pertussis) shot will be given to the mother and the fetus, rather than to the child at one month. Perhaps the schedule will be expanded.” This is a great example of what the 21st Century Cures act could allow to take place.

There are many potential risks to doing this; for example, the aluminum adjuvants found in many vaccines have never been tested for safety in children, let alone unborn babies. And, as the ANH notes, there doesn’t seem to be any research on the safety of multiple vaccinations being administered during pregnancy, nor any kind of comparison between the potential risks and benefits.

This is far from the only concerning aspect of the bill; many other parts of it have also been raising a few eyebrows. For example, many critics say that the bill goes way too far when it comes to relaxing approval standards for drugs and devices. For example, one provision in the Cures Act would allow a company to obtain approval for a second use of an FDA-approved drug, without having to conduct a randomized clinical trial. Instead, companies could use something known as “real world evidence.” Real world evidence is a much lower standard of evidence – and it lacks any assessment of risk versus benefits. It’s more subject to bias, more easily manipulated, and in general, can be very misleading.

Heritage Action went on to state, “In Washington terms, back-room negotiators have turned the Cures bill into a Christmas Tree, loaded with handouts for special interests, all at the expense of the taxpayer.”

Across the aisle, Senator Elizabeth Warren has vehemently opposed the bill and lambasted the legislation as being nothing more than a license for corporate “fraud,” “bribery” and “extortion.” Just seven Democratic senators voted against the legislation, while 70 Republicans voted to shoot it down.

In her floor speech, Senator Warren stated, “Pushing treatments without scientific evidence that they work is fraud—fraud that can hurt people.” Hopefully, she and the rest of the bill’s opponents from both political parties can band together and stop the bill, and the establishment, before it’s too late.