Boy completely paralyzed from the neck down after Gardasil vaccination 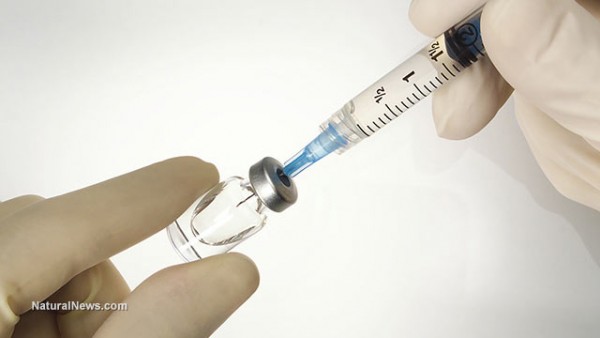 Colton Berrett was a regular adolescent boy before he received the Gardasil vaccine. While getting a routine check-up at the doctor’s office before going off to scout camp, Colton’s doctor recommended he get the HPV vaccine. The doctor told Colton’s mother that he needed the vaccine to prevent cancer, and to help prevent him from giving cancer to his future wife.

Colton finished his last round of the Gardasil series on February 1, 2014. In the following weeks, he would eventually become paralyzed from the neck down. On February 17th, just over two weeks after his final vaccine, Colton was admitted to the hospital and proceeded to spend 88 days in intensive care.

The young teen has spent many, many months trying to recover from this horrible experience, but he still requires assistance from a breathing apparatus and suffers from some paralysis.

Sadly, Colton is not the first child to be harmed by Gardasil. In 2008, another 13-year-old had a frighteningly similar reaction to the toxic vaccine. Jenny’s family also reported that her paralysis began after receiving her third and final dose in the series. Jenny developed a degenerative muscle disease that left her almost completely paralyzed. Her family contends that Gardasil caused her condition, though the manufacturer Merck seems to believe otherwise. A statement released by Merck claimed, “Based on the facts that we’ve received, the information does not suggest that this event was causally associated with vaccination.”

Of course, the manufacturer will never admit that something could be wrong with their precious vaccine. After all, they did testing! Never mind the fact that their studies are far from what most people consider “reliable.” How can we trust a vaccine manufacturer to provide unbiased data?

When asked if he was angry about what happened to him, Colton said, “I’m angry that they’re still giving out the vaccine. They don’t care that people are getting hurt. It’s a joke.”