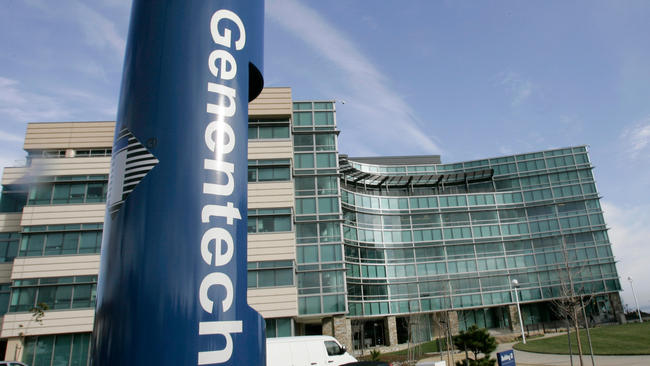 Two pharmaceutical companies will pay the government $67 million as part of a court settlement over allegations that they made misleading claims about the efficacy of one of its drug used to treat lung cancer.

The drug makers are Genentech based in South San Francisco, which is now part of the Roche Group, as well as Farmingdale, New York-based OSI Pharmaceuticals, which is now a part of Astellas Pharma. They went to court after a former Genentech employee, Brian Shields, claimed the company misrepresented the effectiveness of Tarceva, a drug used to treat non-small cell lung cancer.

Genentech boasted the drug worked broadly when in actuality, it was only successful for a small subset of patients who had never smoked and had a specific mutation in a protein related to the development and spread of cancer cells, according to the whistleblower. This provoked providers to issue false statements to the government about the drug, Shields claimed.

Furthermore, the complaint indicated the company did not report all the adverse events associated with the drug. This means doctors were deciding to use the drug to treat lung cancer patients over treatment options that were more effective. Genentech did not admit to any legal liability as part of the settlement.

“We believe our Tarceva promotional communications and practices were and are entirely proper and in compliance with the law,” said Holli Kolkey, a Genentech spokeswoman, in a statement on Tuesday. “This settlement, however, allows the company to avoid the burden, disruption, cost and distraction of protracted civil litigation and to focus instead on our business of developing medicines that extend and improve human lives.”

Jeb White, a partner at Nolan Auerbach & White who represented the whistleblower, said this is the first time the government retrieved money in a False Claims Act case including allegations of a pharmaceutical company making misleading claims about a drug’s survival data. He suspects the settlement could spur similar cases.

“The Justice Department has now signaled to the whistleblowers and should-be whistleblowers they’re interested in cases involving incorrect survival data,” White said. “I think the flood gates will now be open on those kinds of cases.”

Patrick Burns, co-executive director of the Taxpayers Against Fraud Education Fund, a not-for-profit that supports whistleblower incentive programs, said the settlement was a victory for the American people.

“If you’re giving a patient medicine that doesn’t work, you’re preventing the patient from getting medicine that does work,” Burns said. “This is not about billing. This is about life lost because time is lost.”

“Pharmaceutical companies have a responsibility to provide accurate information to patients and health care providers about their prescription drugs,” said head of the Justice Department’s civil division, Benjamin C. Mizer, in a statement. “The Department of Justice will hold these companies accountable that mislead the public about the efficacy of the products,” he added.